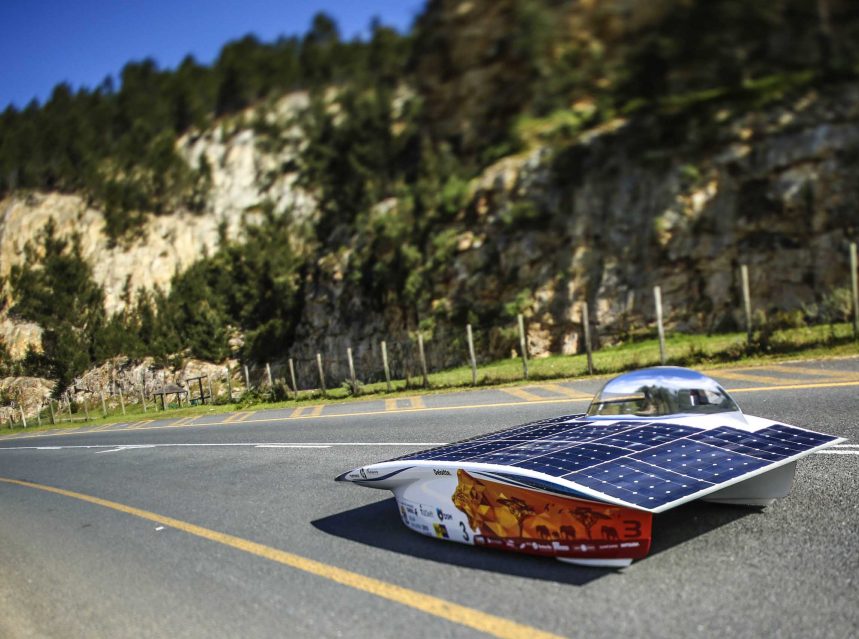 It’s almost that time again. The time for competitors to reach for the measuring tape, start the kettle for the bi-hourly caffeine kick and strap a few solar panels to their cars for the biennial Sasol Solar Challenge.

Is it just that simple?

A decade ago, during the dawn of the Solar Challenge, well maybe…

See, ten years ago, as some organisers recall the event, the competing cars resembled something that can be likened to a beach buggy endowed with solar panels.

But today, it’s an entirely different story. So different in fact, that during the first Solar Car Challenge in 2008, the best local competitor only managed a 500-kilometre distance, while in 2016, the North West University managed to complete more than 3,500 kilometres.

The only international team that competed in the inaugural 2008 challenge was the Tokai University Solar Team that also happened to win the South African event. Following this success, the Japanese solar boffins built a new car that proved to be the winning ingredient for dominating the World Solar Challenge in 2009.

Today, though, it’s not just South Africa and Japan that battles it out for solar supremacy since the Sasol Solar Challenge now also attracts a large number of other international teams. Entrants for the 2018 challenge is expected to range from as far and wide as China, India, Japan, the current world champions from The Netherlands and Switzerland, while a number of South African teams will also make their presence felt.

Today, this competitive challenge is seen as a leading platform for solar vehicle development in the fields of solar cell efficiency, solar panels and battery proficiency.

This year, however, some teams will start testing semi-autonomous technology in these sleek vehicles that, if successful, will undoubtedly also have transferable real-world advantages in the field of conventional electric vehicles.

The Solar Challenge, as it was known before Sasol joined, was the brainchild of Winstone Jordaan who wanted to inspire research and development in a field that at the time must have seemed nothing short of science fiction.

“I wanted to bring the technology home, and I wanted South African universities to be inspired to show that we can compete with the best in the world – not just for sunshine but teamwork, innovation, materials, science, electronics and sheer ingenuity.”

This, in turn, inspired Sasol to become the title sponsor in 2012.

“We were drawn to this extraordinary event,” says Elton Fortuin, Sasol Vice President, Group Communication and Brand Management. “It was built upon a coalition of engineers, scientists, mathematicians, software and data experts, logistics specialists and communicators.”

The 2018 Sasol Solar Challenge stretches over a period of eight days in which teams cover a distance of over 2,500 kilometres. Teams will set off from Pretoria on 22 September journey through the Free State, whereafter they will seek the sun in both the Eastern and Western Cape, finally crossing the finish line in Stellenbosch on 30 September.

During the challenge, the winning team is determined by the distance covered, and not the time that it takes to complete the journey.

This year’s challenge will also see a tighter grasp on regulations as the maximum area for solar panels is reduced from 6 to 4 square-metres which, according to Jordaan, encourages innovation.

“This is a community committed to innovation and they will respond to the challenge with even better technology, aiming to break more local and international records. As we make it harder they just get more innovative, and the whole energy and electric vehicle industry benefits from that.”

One such innovator and competitor is Tiaan Oosthuizen who competes in the Solar Challenge for the team at the Tshwane University of Technology. We asked him some questions to get a better idea of how these solar cars are different, or similar, in some instances to fossil-fuel brawlers.

In layman’s terms, how much power does a solar car produce?
It produces around 5 kW of power if you want to measure it by the same standard as a normal car.

What kind of top speed can you achieve with this amount of power?
While the power output is just one aspect of a solar car, it can achieve around 110 – 115 km/h.

And acceleration?
We have never really tested the acceleration capabilities of our car, but it gives you a fantastic sensation. If I had to guess, I’d say that it can keep up with a naturally aspirated 1.6-litre car.

What is the average range per charge?
It’s difficult to say considering there are so many different variables like terrain and wind, essentially everything plays a role. But, in an ideal scenario where the road is flat and there aren’t too many external factors working against the car, around 300 kilometres.

Would you say there are future applications for solar technology, especially in the motoring industry?
Absolutely. That’s essentially the goal of the solar challenge. We want to help develop solar tech so that it becomes commercially available.