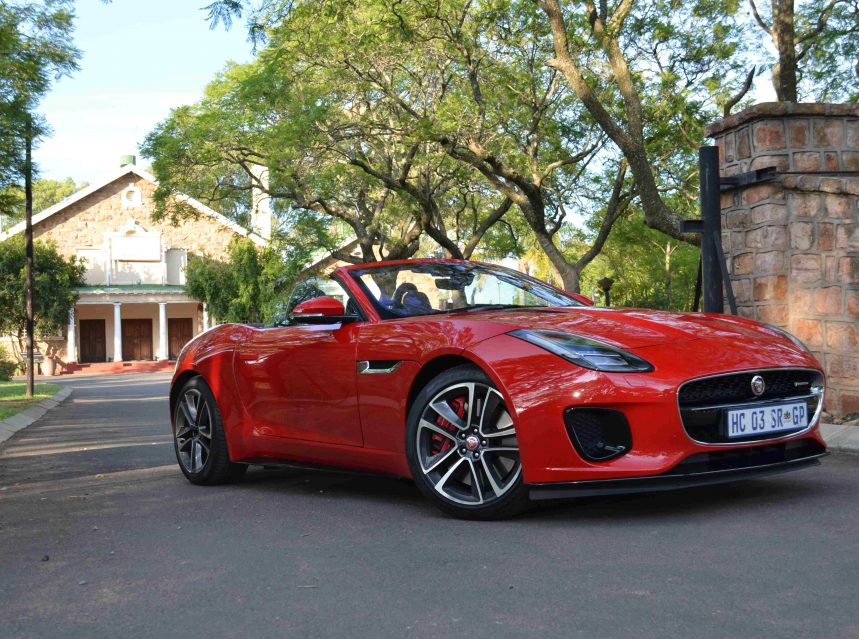 If some Jaguar loyalists are to be believed, the placement of a 2.0-litre four-cylinder engine into Jaguar’s F-Type two-seat sports car is nothing short of heresy. Anything other than a supercharged V6 or V8 is to be condemned, no? BERNIE HELLBERG looks at the numbers to discover the truth about Jaguar’s latest, and cheapest, sporty roadster.

The long and short of it, well, actually just the short of it, is that Jaguar’s engineers have, along with some cosmetic changes to the F-Type range, taken a boosted version of the 2.0-litre Ingenium engine found in the XE and XF saloons and placed it in the nose of the F-Type. Both power and torque are up, helping the baby F-Type reach a zero to 100 km/h time of just 5.7 seconds, which isn’t too shabby. In fact, it’s only 0.8 of a second slower than a Porsche 718 Boxster.

But, cars like this are as much about character as they are pure performance, and this is where the Jaguar team has worked its wonders. The existing V6 and V8 F-Types are the hooligans of the sports car world and are all the better for it. They’re fast and loud and, thankfully, the new 2.0-litre fulfils this brief, too.

REAL WORLD DRIVING
In the real world, and on real roads, the new four-cylinder version feels pretty much as fast as its more expensive siblings. Better than that, it has alertness that the other cars are missing. If anything, its throttle feels more responsive and its turn-in tighter.

Although Jaguar launched the new F-Type at the Kyalami International Race Track last year, driving it in the real world plays to the 2.0-litre model’s strengths. It is the sort of car that you can have fun in, even within the legal limits. This is the most powerful four-cylinder engine ever seen in a Jaguar, and it’s a gem.

With Dynamic mode selected and the loud button (or switchable active exhaust as Jag calls it) pressed, there’s an instant response to a prod of the throttle from pretty much any revs, accompanied by a baseline exhaust rumble.
There’s no doubt that it is a manufactured sound, but the noise is far preferable to what Porsche has achieved from its four-cylinder cars. You even get the odd crackle and pop from the exhaust as you lift off. It can’t match the drama found on the V6 or V8, but it’s enough to put a smile on your face.

The handling is only likely to widen that smile, because the new four-cylinder, like the bigger engines, sits quite a long way forward in the engine bay. That means most of the claimed 52 kg weight saving has been made over the front axle.

With recent steering tweaks, the F-Type reacts quicker to inputs, feeling grippier and more controlled as it changes direction. Jaguar still seems to confuse steering weight for feel, though, and the F-Type lacks the charm of a Porsche Boxster’s controls – but there’s more fun to be had behind the wheel. The Boxster is the IT whizzkid, and the F-Type it’s metal rocker cousin.

On the road, the lack of adaptive dampers as found on doesn’t affect comfort too much. Out of Dynamic mode, with the steering and throttle response a little more relaxed, this newest F-Type is a brilliant GT – surprisingly comfortable, refined and relaxing to drive.

MORE CHANGES
Other recent changes to the range have mildly refreshed the looks, but the F-Type remains one of the most stylish sports cars you can buy. The safety kit has also been updated, but the interior is pretty much unchanged. It’s just as well built as Jaguar’s most recent saloons and SUVs, which is not to say it is the best in the business. The small touchscreen also needs an update, and the lack of options such as Apple CarPlay and Android Auto mobile connectivity is beginning to jar.