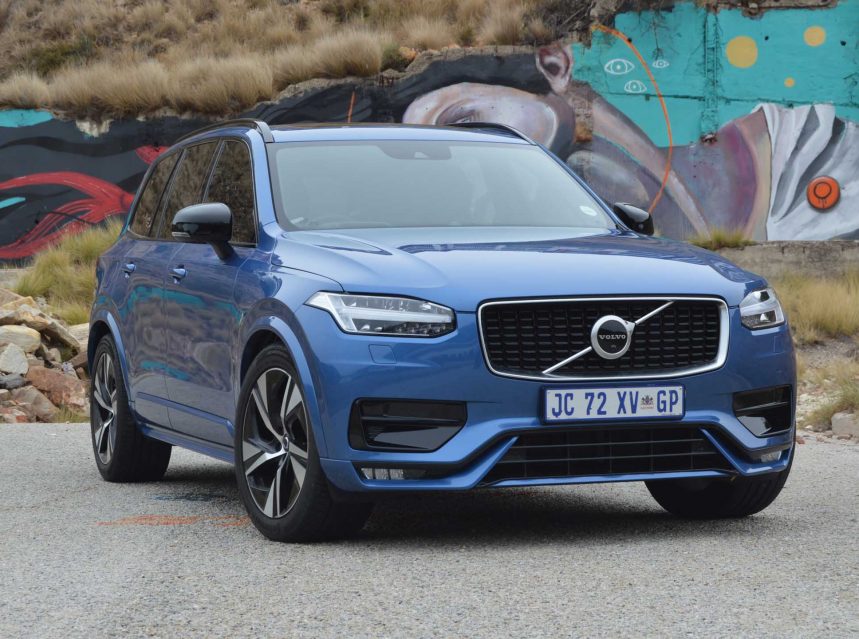 Checklists. They are omnipresent in all aspects of our lives. Packing for holiday, they are certainly handy: sunscreen, beach bag and remembering to hook the Venter trailer. Personally, though, I use them when considering the car to use for tackling the long haul to the seaside.

The missus, on the other hand, well, there’s that maddening little checklist that she uses when antique hunting … needless to say, though, that wasn’t exactly what I had in mind. Luckily, the XC90 has a boot capacity of 692 litres with the third-row seating folded flat so plenty of space on that front for any ungainly items she might have stumbled upon.

But that was just one of the things on my list: First and foremost, I needed good fuel consumption. An area the Volvo delivered on reasonably well, returning an average consumption of 7.9 litres per 100 km for the duration of the holiday. 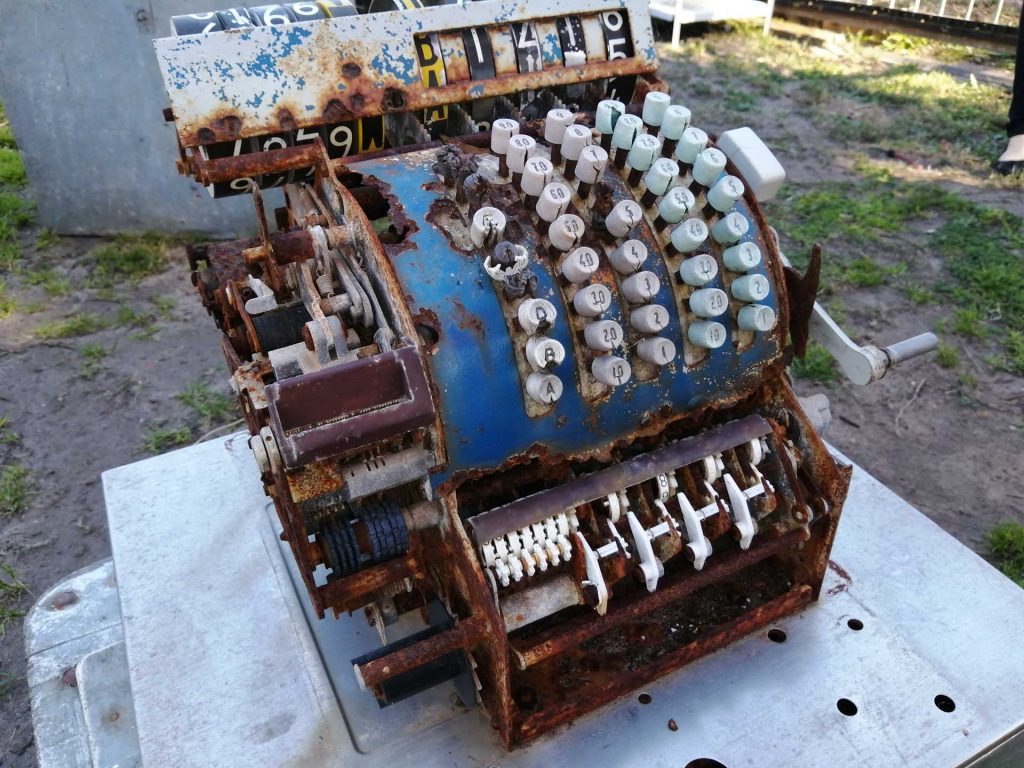 We needed that last criterion since, after much convincing, she roped me in to help find an antique camera that can eventually be transformed into a floor lamp. I argued why not just buy a floor lamp before the whole “matter of character” question was posed. The short end of the pickle, though, was that I couldn’t argue since I’m constantly on the lookout for defining character in cars – something the Volvo I nicknamed Viking also happened to have in measurable doses.

Getting back to the technical speak, and especially the matter of fuel consumption, if you are well versed in all things Volvo you might know that the XC90, despite its vast proportions, utilises a reasonably small engine capacity. Under the bonnet lives a 2.0-litre turbodiesel engine that’s also used across the entire range of diesel derivatives with different stages of power output.

Good diesel consumption, then, is to be expected and when the current XC90 was initially launched the optimisation triangle of power outputs, size and consumption was a frequently talked about aspect in motoring circles and even called “revolutionary”.

However, engine technology has since moved on and even away from fossil fuels, while the sizable SUV was left with an engine that, compared to today’s standards, feels somewhat dated. Luckily it has a meaty 173 kW and 480 Nm of available performance with the most notable shortcoming being the noticeable turbo lag off the line. And that happens to be the only item that doesn’t check the proverbial box, as far as I’m concerned. 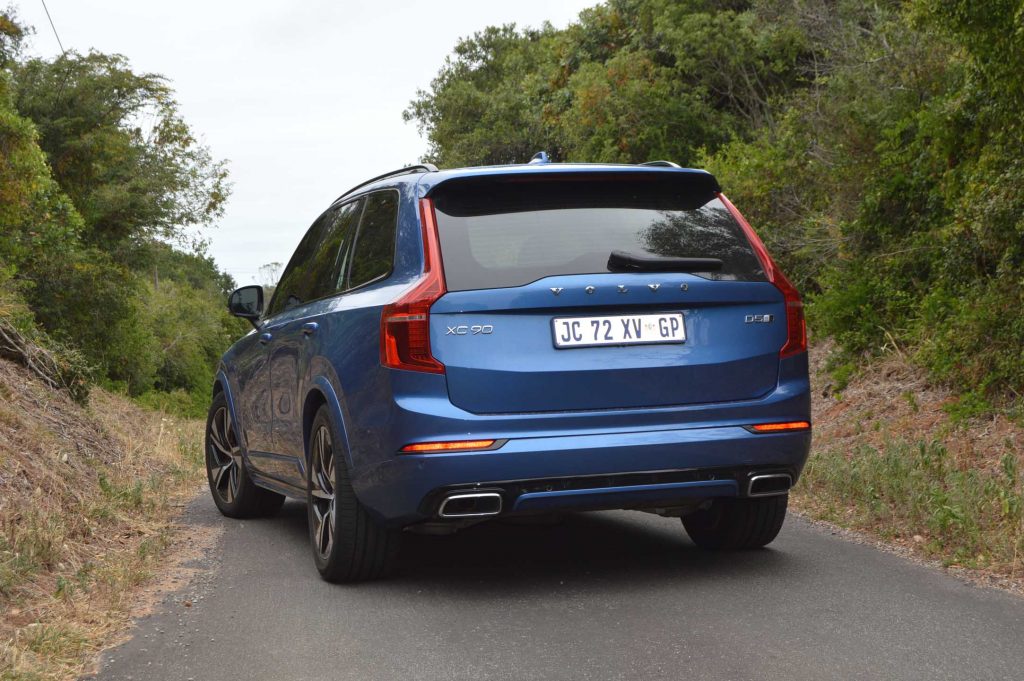 The rest, while subjective, is still very much on point – even more than half a decade after the current XC90’s launch. The minimalistic interior with its infotainment-based operation philosophy is still considered next generation while features like the 360-degree park cameras and even the Gothenburg Concert Hall sound experience from the high-end Bowers & Wilkins sound system all contribute to making this one memorable SUV.

Furthermore, and this is a feature that used to be un-Volvo-like at a time, even the styling held up wonderfully and it still looks modern and fresh and I daresay emotive. For some perspective, compare the XC90’s styling, even now, to that of its main rivals when it was first launched in the form of the Mercedes-Benz GLE and BMW X5 and you’re also likely to come to the conclusion that it was leaps ahead of the time.

This trickled down into the driving as well since on all fronts it’s still a comparable experience to the newest iterations of its rivals. First driving our long-termer after it arrived, I proclaimed to my Driven colleagues that “it feels so stately to drive, you just can’t help but feel special”.

And this, I guess, is why I didn’t mind driving from one antique store to another during my December stint with the Volvo XC90.

Good fuel consumption, manoeuvrability, gadgets, space and safety is what I required for my long haul to Port Elizabeth and the Volvo XC90 D5 R Design checked all the boxes and over-delivered on most fronts. Sure, the engine refinement wasn’t the best, but then again what’s the point of developing a new internal combustion engine when in the medium-term Volvo is looking at electric propulsion?

As for the antiques, well we didn’t exactly get that characterful camera that was bound for a life of miscellaneous décor. Instead, we left P.E. with an assortment of succulent plants and some wonderful memories of a blue Volvo XC90. It’s true what the philosophers of road tripping once said: “It’s not the destination that matters. It’s the journey.”