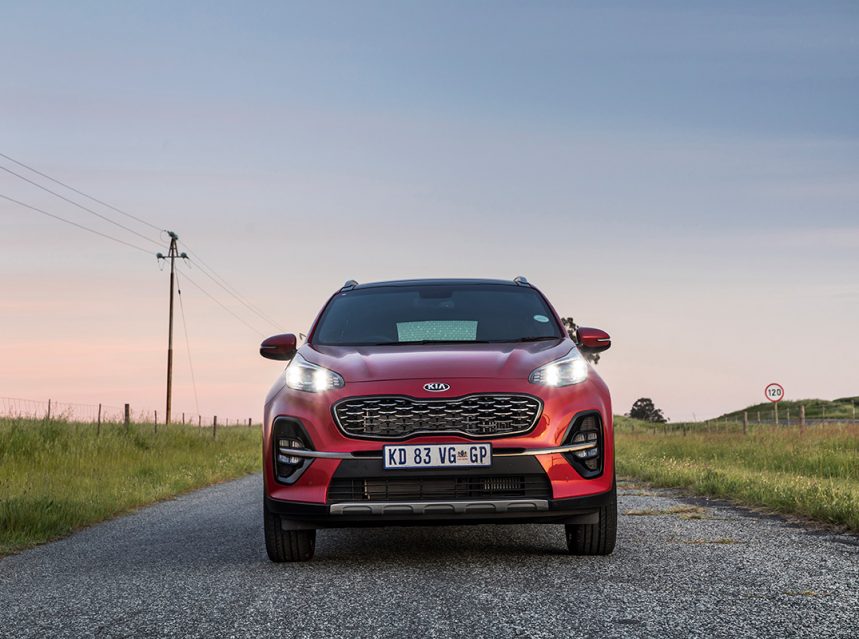 The Kia Sportage GT-Line touched down locally at the end of 2021, and we tested Kia’s last hurrah of the fourth-gen Sportage ahead of the new Sportage that’s due later in the year.

Kia’s Sportage is one of those cars that, from its initial launch in the late 1990s, gained popularity and a concomitant loyal following in South Africa.

The original Sportage made its international debut in 1991, with the fifth generation of the brand’s popular B-segment SUV now having come full circle on the international stage three decades later. We’ll see the new Sportage later this year, but until then, Kia South Africa has reinvigorated the existing Sportage with a range-topping GT-Line, as a run-out model before the new car arrives.

The GT-Line moniker brings several aesthetic upgrades to the Sportage, along with a bevvy of spec enhancements. Two-tone leather trim turns the dial to style in the GT-Line derivative, while all the required and expected tech goodies are also on-board – From an 8” multifunction touchscreen with Apple CarPlay and Android Auto to rain-sensing wipers and auto-dimming headlights, keyless entry, heated seats all-around (electrically-adjustable at the front), a powered tailgate, wireless charging pad, and cruise control.

The Sportage has always packed a decent amount of spec at all grade levels, and the GT-Line is a prime specimen of the range. A full array of active and passive safety features complete the offering.

Despite its age, the Sportage design remains fresh, even contemporary, and has aged well. The special edition GT-Line boasts 19” alloy wheels as standard, loads of chrome detailing on the exterior, and LED daytime running lights.

Kia may not be benchmarked as a performance brand, but I’ve found that, for the most part, their products will keep a steady pace when necessary. Being a GT-Line, the Sportage is expected to punch above its weight where performance is concerned, and with its 135 kW and 265 Nm 1.6-litre four-cylinder motor, it is athletic enough for most drivers.

Power is sent to the drive wheels (it is an all-wheel set-up) via a seven-speed dual-clutch auto that is quick-shifting enough but doesn’t always feel like it makes full use of the motor’s available power.

Acceleration at speed is a different story, as the engine feels significantly sprightlier than it appears on paper. I spent a fair amount of time in the Sport driving mode, relishing the significant power increase it brings to the equation. Using the steering-mounted paddle shifters adds an element of fun to the driving experience and makes for easy execution of on-the-fly overtaking manoeuvres.

As we tested the Sportage GT-Line smack bang in the middle of the Gauteng rainy season, there was ample opportunity to also test the all-wheel-drive system on the province’s soaked roads. During this time, risk increases substantially, and having a quick-thinking all-wheel-drive system under you is a confidence booster. The system intelligently transfers power between the front and rear wheels to maintain optimal power distribution and grip during different driving conditions. Although we did not take the car on any gravel roads during our test, the all-wheel system is equipped with hill descent control, should this be required. Be aware, however, of the Sportage’s ground clearance limitations; it is a soft-roader, after all.

There are still several great reasons why the current-generation Sportage is a great buy. With the inclusion of the limited edition GT-Line, the list becomes even longer. There is, as yet, little indication from Kia when the new Sportage will arrive in SA, but until it does, we’d still have a Sportage any day of the week in this segment. Given its price point, high level of specification, and young-at-heart styling, the GT-Line makes a lot of sense across different buyer categories.