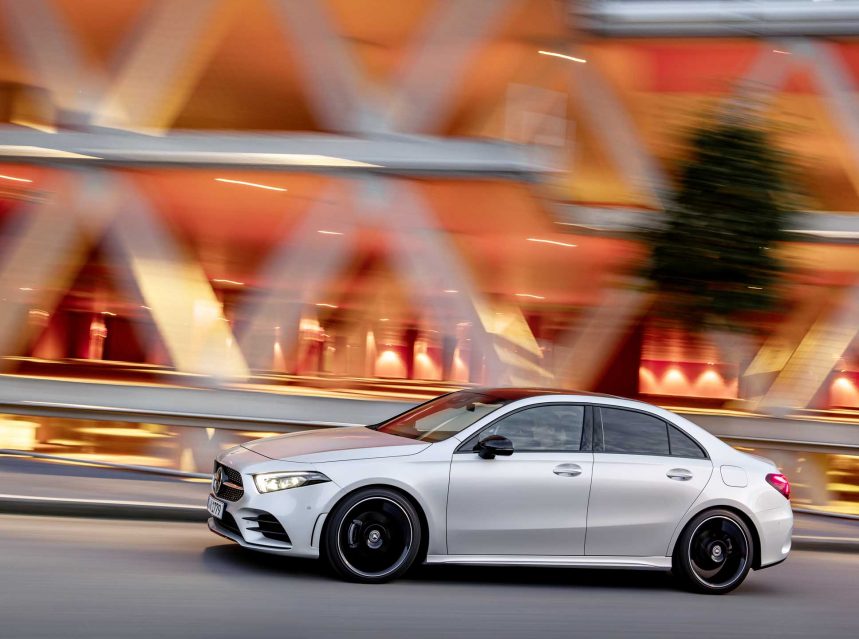 Mercedes-Benz had initially planned to build the A-Class sedan exclusively for the Chinese and US markets, both which still revere the three-box design. However, much like Audi did in 2013, introducing the A3 sedan to the South African market opened it up to an altogether new buying audience. I guess Mercedes-Benz did not want to be left by the wayside and, having sampled the A-Class sedan recently, it was a good move on its part.

Sedans, in general, may be under siege from crossovers and SUVs, but seemingly, the premium brands continue to thrive somewhat. It owes this, in part, to their respective brand cache, the technology and overall levels of comfort and luxury they inherently present. The A200 sedan on test here is a testament to this. Personally, I was never quite bowled over by the A-Class hatch, citing mostly a compromised packaging, particularly the cramped rear passenger quarters – something that also afflicted its predecessor, to an even larger degree. Enter the A-Class sedan, however, and I reckon it makes for a very compelling package.

Boasting a front visage identical to that of its A-Class hatch sibling, and essentially everything else right up to the B-pillar, the A-Class sedan takes on a character all of its own from there on, with the rear quarters feeling decidedly roomier than the hatch. The notched boot keeps the compact design, but the actual boot capacity at 420-litres is relatively generous for this class vehicle.

Our AMG Line festooned test car adds a sporty touch to the package, while the cabin appointments are good, but you might want to fork out the two optional 10.25″ display screens, which truly liven the cabin’s ambience. The MBUX system remains a boon, but it would sometimes be jogged by a passenger conversation that hadn’t blurted out anything resembling “Hey Mercedes” to activate the system.

Powering the A200 is a Renault co-developed 1.3-litre turbocharged petrol engine that puts out 120 kW and 250 Nm, married to a slick-shifting 7-speed dual-clutch automatic gearbox. It is a sprightly little mill with enough punch for daily driving and overtaking manoeuvres. It does, however, sound a tad too gruff when asked to rev up, which slightly detracts from the premium disposition of the overall package. That aside, it is a particularly thrifty engine, which returned as low as 6.2 litres per 100 km during our test tenure, which might be a little bit off the quoted 5.4 figure. Nonetheless, the A-class is also a fleeting performer when asked to play tug-a-corner, displaying a neutral handling trait that keeps things decidedly tidy even when driven with gusto.

Despite the low-profile rubber as part of the AMG Line package, the ride quality is relatively compliant with very few road fissures managing to upset its overall composure. Wind and road roar is ever so present, but acceptable for a vehicle in this class. There is an air of premium-ness, large sedan to the A-Class, something that I also found prudent in the Audi A3 sedan, and herein lies the appeal of these compact sedans.

As scores of more upwardly mobile young professionals outgrow the hatchback scene, compact sedans such as the A-Class become an enticing proposition. In my view, the C-Class still commands a middle-aged persona that younger buyers with small families might find unappealing. The A-Class sedan, in this instance, seems to be the ideal stop-gap for those who might need something a bit more practical than the hatch variant, but still radiating a youthful disposition.