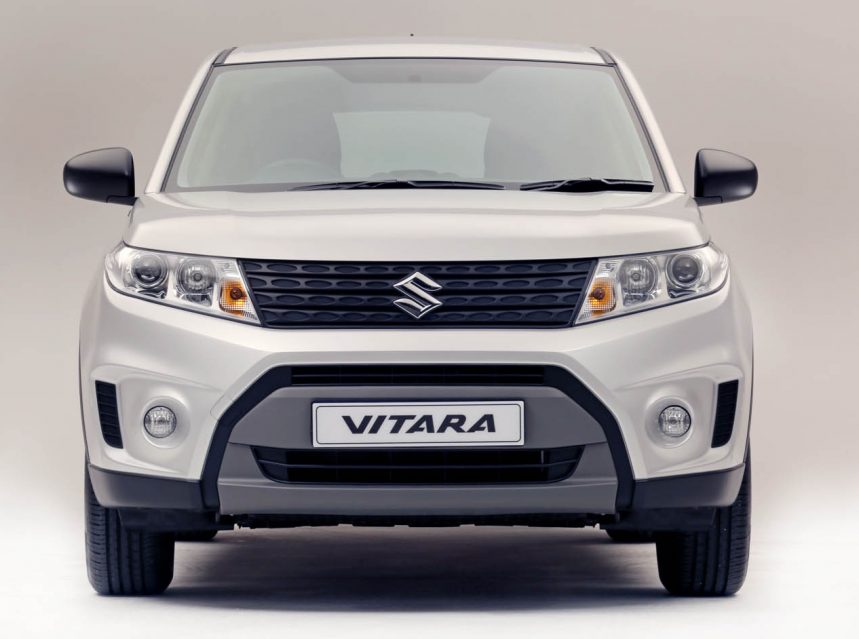 Despite being based on the existing SX4 compact SUV, and even using the same engine, it would seem that Suzuki South Africa doesn’t mind competing against itself in the mid-range SUV market. However, the new Vitara is all-new and even more attractive than the SX4, which is starting to show its age. DRIVEN experienced the new Vitara in and around George recently.

The Suzuki Vitara model range has been around for some 27 years, and in that time it has, together with younger sibling SJ410/Samurai/Jimny, established a reputation for virtual indestructibility, decent value for money, and a loyal following.

Therefore, the latest Vitara range, although based loosely on the SX4 – with which it shares engine and platform – is a continuation of the trend towards smaller and more compact SUVs. Ironically, the last 27 years have also produced such gas-guzzling wonders as the V6 Grand Vitara. With the price of fuel sharply increasing, this sounded the death knell for the V6 – forcing Suzuki to go back to their roots, namely the production of compact SUVs.

The latest Vitara says farewell to the boxy shape of the SX4 with a streamlined shape that hints at several other design trends in Land Rover Discovery, Mitsubishi ASX, and even a touch of BMW X3.

Suzuki’s designers have done their homework and, working around the brief of developing a car that looks like an SUV but is appointed like a conventional passenger car, they certainly have managed to hit the target.

At 4,175 mm in length, with short overhangs and 185 mm ground clearance, the Vitara is not equipped for the rough stuff. In terms of off road capability, even in terms of the AllGrip-equipped GLX, it is more show than go since power is only transferred to the rear wheels when front wheel spin is detected.

Having owned two of the little ones (SJ410 and Samurai) I may be accused of being biased towards Suzuki because these vehicles simply refused to break down. In fact, one could be forgiven for thinking that the Suzuki name is the Japanese word for reliability.

The interior is a well thought out ergonomic pleasure (as are most Japanese cars), with soft touch dashboard, clear instruments which tell you everything you need to know about instant/average fuel consumption, operating range and outside temperature, to name but a few. Bluetooth and a decent sound system add to the pleasure.

Even the gearshift is short and precise, but it is right here where Suzuki need to do some more homework. Our launch drive from George over the scenic Montague Pass (fairly rough gravel) was irritating at times because there is too great a gap between second and third gear. On loose surfaces, especially, second gear provided too much power, leading to wheel spin and loss of traction, while changing up to third, unfortunately, saw power drop off dramatically. The manual version is a 5-speed unit.

With Suzuki bravely preferring to submit their cars to some rather indifferent gravel sections, it was inevitable that the odd rattle would appear. In our car, the dashboard protested on the really rough sections.

Although power is compliments of a 1.6-litre mill, the lightweight construction of the new Vitara, ranging from 1,075 kg (GL) to 1,160 for the AllGrip GLX, ensures adequate performance, while safety is taken care of by seven airbags across the range, disc brakes all round, a 5-star EuroNCAP rating, ABS brakes, brake assist and electronic stability control. IsoFix child seat tethers ensure the little ones’ safety.

With economy nowadays being a major consideration, the 47-litre fuel tank should be good enough for a range of 750 kilometres.

The five-model Suzuki Vitara line up builds on Suzuki’s excellent reputation for reliability and the ability to retain its pre-owned value. It joins a large group of compact SUVs, and will have to fight hard for market share. With the Grand Vitara selling five units in October, and the SX4 an equally modest 12 units, it is clear that the Vitara has been tasked with the job of increasing Suzuki’s market penetration in this sector.