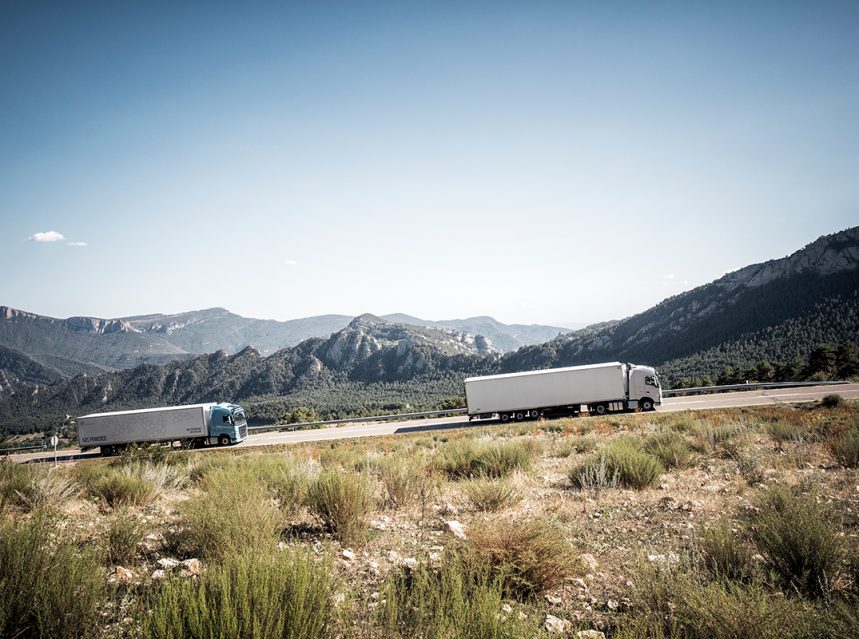 With the automotive world slowly beginning to embrace the need for sustainable energy in the face of climate change, most automakers are now actively investing in and researching alternatives to fossil fuels, the most prominent alternative being electric propulsion. However, there has been substantial interest in the lesser publicised alternative of using LNG (liquid natural gas) to power vehicles, particularly long haul trucks.

Since late last year, Volvo Trucks has been conducting tests on two Volvo FH LNG trucks in South Africa. While the final test results of these experimental prototypes are still pending, it is expected that the Volvo FH LNG trucks can match its diesel versions in performance, but with a marginal CO2 footprint.

“Our vision is that trucks from Volvo will eventually have zero emissions, although the way of achieving that is not by one single solution but rather through several solutions in parallel.” says Marcus Hörberg, vice president of Volvo Group Southern Africa.

The major advantage of Bio-LNG is the fact that it is manufactured e from products that are otherwise regarded as waste. This includes sewage, garbage and non-edible parts of grain. To produce biogas, the ‘waste product’ is placed in a warm, oxygen free environment where it is digested by bacteria. The breakdown of organic matter by  bacteria results in a bi-product consisting of alcohol, CO2 and methane gas. When this gas is purified in its natural gas state, it can then be liquefied into Bio-LNG.

“Bio-LNG is a highly efficient fuel with minimal CO² emissions that can also be produced locally, which cuts costs and transport emissions,” explains Lars Mårtensson, the Environment and Innovation Director at Volvo Trucks.

While Bio-LNG offers a cleaner alternative to fossil fuels, it does  not come without its challenges. “Even though biogas is made from ‘waste’ and relatively easy to produce, the cost for producing it is still higher than the cost of diesel. That is due to issues such as economies of scale and distribution costs,” explains Mårtensson.

This being said, the future of Bio-LNG looks promising. With keen investor interest and involvement in biogas production and distribution, the scaling of production has the potential for significant cost decline. Most oil conglomerates are also experimenting with Bio-LNG. In Germany, Shell announced that it will extend its LNG station network to 35-40 sites and supply it with Bio-LNG. The company is also endeavouring to convert its own road tanker fleet to Bio-LNG.

Why not electric trucks?

On the other hand, a truck running on Bio-LNG will run just like a traditional truck. Translated, this means that fuel can be replenished in a few minutes and can be stored in pressurised tanks large enough to make uninterrupted long distance haulage possible. In turn, trucking businesses can avoid having to restructure their business operations to accommodate a battery electric fleet.

While any reduction in CO2 emissions must be welcomed, it must be noted Bio-LNG alone  does not offer a complete zero emissions solution. Natural gas consists of up to 95 percent methane and, as one of the four main fossil fuels, degrades air quality and contributes to global warming as a result of its greenhouse gas potency.

Still, the strides that are being made by truck manufacturers such as Volvo Trucks could make Bio-LNG a viable and much cleaner alternative to the use of diesel in long haul trucking. And for those who remain committed to the internal combustion engine, Bio-LNG fuels may extend a lifeline into the foreseeable future.