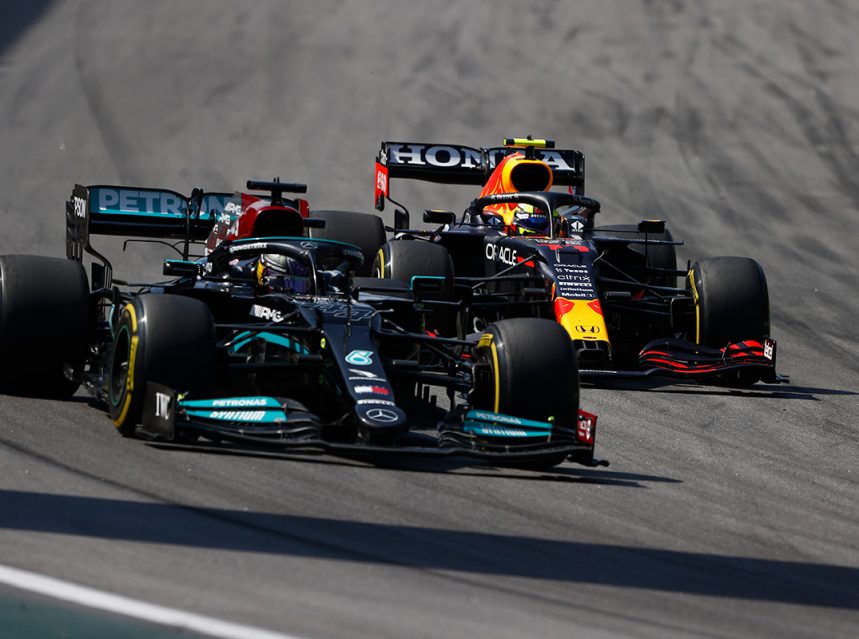 From a Mexican feast to a Brazilian carnival and a riveting night race in the Qatar desert in November, Formula One delivered some of the most scintillating racing and edge-of-the-seat viewing experienced in decades. The duel between Max Verstappen and Lewis Hamilton continued unabated, providing some genuinely magnificent and heart-stopping moments – the experience every Formula One racer and fan lives for.

A Mexican Feast For Max

Despite surprisingly being locked out of the front row during qualifying on Saturday, the two Red Bull Racing drivers, Max Verstappen and Sergio Pérez, both experienced a Mexican Grand Prix to remember.

At the start of the race, Verstappen took advantage of the tow behind Valterri Bottas and title-rival, Lewis Hamilton, held his nerve to brake latest into the first corner and then passed both Mercedes cars within seconds of the start. From that point on, Verstappen built a commanding lead and never seemed troubled, taking the chequered flag with a cushion of over 16 seconds to extend his championship lead to 19 points with four races remaining. Verstappen’s victory marks the first time a driver in a Honda-powered car has won nine races in a season, thereby improving Ayrton Senna’s feat of eight victories in a season in a Honda-powered car.

Pérez finished in third to take his third consecutive podium finish, becoming the first Mexican to lead the home Grand Prix and the first to finish on the podium.

A Brazilian Carnival For Lewis

Following a second consecutive Sprint race victory for Valtteri Bottas on the Saturday, with Lewis Hamilton charging from P20 to P5, the Mercedes team scored an exhilarating double podium at the Sao Paulo Grand Prix in Interlagos.

The day belonged to Hamilton as he delivered a famous, if controversial, win from P10 on the grid, having overcome disqualification from Friday’s qualifying, to score his 101st career Formula One victory and his 80th for Mercedes.

Bottas started from pole, but Max Verstappen had other plans. The Dutch driver made the perfect start to overtake Bottas in the early stages and held the lead until the 59th lap before Hamilton, in the faster car, overtook him to claim victory. Hamilton, driving a car at least 30 km/h faster than the next fastest car on the same day, also looked set to secure an extra point for the fastest lap. That was until Verstappen’s Red Bull Racing teammate, Sergio Pérez, intervened. The Mexican driver came in for a fresh set of softs on the penultimate lap and then went on to produce a scintillating final lap, beating the Briton’s time. Pérez finished the race in fourth behind Bottas.

Lewis Hamilton continued in Qatar where he left off in Brazil, claiming victory at the Qatar Grand Prix after a dominant performance under the lights at the Losail International Circuit, the 30th different track on which Hamilton has won a Formula 1 Grand Prix.

As day turned to night, the first-ever Qatar Grand Prix commenced with Hamilton in P1 and the championship leader Max Verstappen in P5, after the Dutch driver had received a controversial three-place grid penalty for speeding under yellow flags during qualifying.

Hamilton had a strong start and quickly established a healthy lead, while Verstappen lost some time in traffic as he made his way to second position and within eyesight of Hamilton out in front.

With Verstappen pitting for hard tyres on lap 17, Mercedes shadowed Verstappen by bringing Hamilton in on the next lap, for the exact same tyres. The gap between the two leaders fluctuated as they negotiated traffic, but Hamilton clearly sported the faster car as he continued to control the pace in the lead.

The second pit stop was a carbon copy of the first as Hamilton continued to shadow Verstappen. After the second stop, to save his engine, Verstappen allowed Hamilton to pull away, save for the fastest lap on the last lap that earned him one extra point, and which may still be a crucial one as the championship remains balanced on a knife’s edge heading into the penultimate Grand Prix of the season.

Moving from one desert countryside to another, as the Formula 1 circuit now heads to Abu Dhabi, Max Verstappen (351.5 points) leads the Drivers’ Championship by eight points from Lewis Hamilton (343.5 points) and the Mercedes-AMG Petronas F1 Team (546.5 points) lead Red Bull Racing Honda (541.5 points) by five points in the Constructors’ Championship.