THE FUTURE OF ELECTRIC PROPULSION? IT MIGHT JUST BE 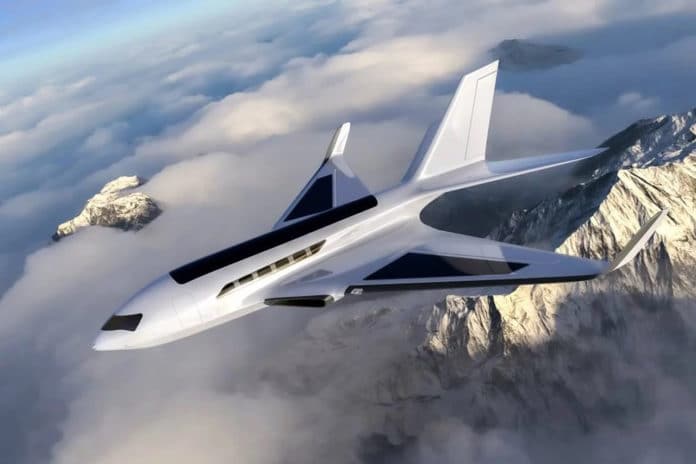 For an aeroplane, the one thing that is in abundance at 35,000 feet, cruising at over 800 km/h is drag. And while this is beneficial for flight, what with the principles of aerodynamics, a less desirable effect that is a result of this is friction with air particles.

It’s a stumbling block, we’re sure, for many an aircraft designer, since more speed inevitably means more friction and more friction requires more power, and more power goes hand in hand with higher fuel consumption, and so it goes on.

Designer and inventor, Michal Bonikowski, however, doesn’t see this as a problem. Bonikowski, who is an award-winning designer that specialises in penning concepts for start-ups, has gone back to the physics and design board and devised a concept in which a plane can use this as a propulsion method.

“What if Airbus wants to create an electric plane. We all know that the main problem is the weight of a battery. But, the air is full of electricity, which can be recovered by the friction generated by the flying plane,” Bonikowski theorised.

In theory, this concept will work with triboelectric nanogenerators converting the vibration from sections of the fuselage and friction that is generated with the air directed over the wings causing wing flex to essentially power a series of smaller electric motors. A mouthful, sure, but what happens is that mechanical and thermal energy is converted into electrical energy – well that’s the short version of the thesis.

It’s not a hoorah-fuel-problem-solved solution, though – yet. There are still some operational creases that will need some ironing out like take-off, for one, that requires an immense amount of thrust. Bonikowski did make mention of the battery system (remember this is an electric plane) that will take care of this. But what of flight procedures like go-arounds, that is performed at just over minimum operating speed and generates significantly less of that all-important mechanical energy?

A battery only has so much capacity.
All in all, it’s a sound concept that we are sure will gain significant friction (it’s what provides traction) in the aerospace industry. It will also be capitalised upon in the “we’re quite efficient” sales pitch to airlines that are always looking for innovative ways to save a penny.

More importantly, however, if successfully adopted by the aerospace industry, it won’t be long before we see this clever energy solution trickle down and into the automotive sector. At the sharp end of the knife, premium carmakers are still looking for ways to maximise battery capacity – a problem that has long plagued electric vehicles and deterred potential buyers.