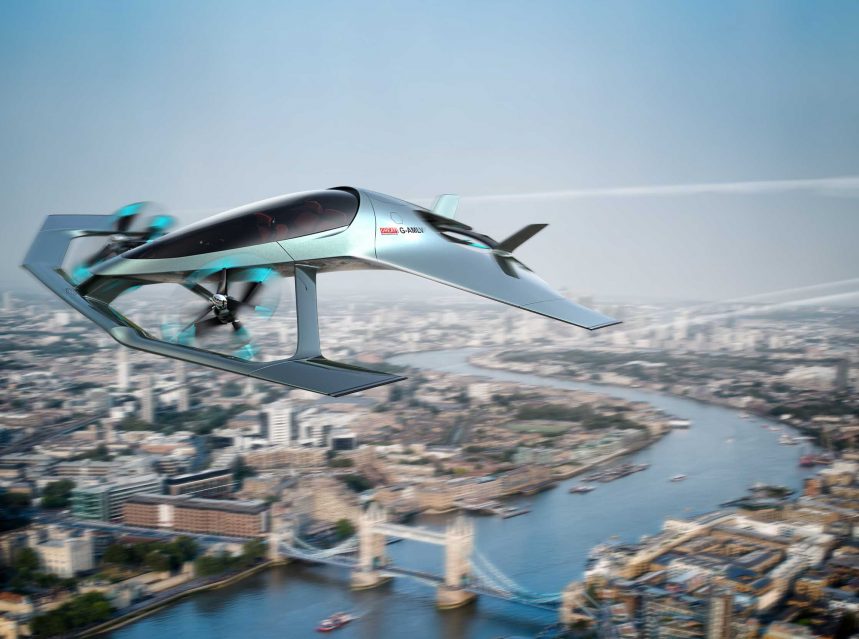 TAKE TO THE SKIES

It wasn’t all that long ago when nearly every NASDAQ-listed carmaker announced its future electric-car prospects.

Then came autonomy. And both have been reasonably successfully implemented with some manufacturers, while the latter only hit a minor snag in the form of Artificial Intelligence and its robotic laws.

The latest mania, though, is one that comes in the flying form, and more specifically the vertical take-off and landing (VTOL) variety. A few months ago, Uber announced its plans for an air taxi, a company called Opener stealthily took to the skies with their single-seater ‘BlackFly’, and now Aston Martin and Rolls-Royce announced a partnership project with the Volante Vision Concept.

The idea behind the Volante Vision, says Aston Martin, is to bring personalised and luxury travel to the skies while aiming to cut down on congestion and pollution. Designed by Marek Reichman, the man responsible for penning such cars as the new Vantage and DB11, we’d wager the three-seater Vision will be not only one of the prettiest flying objects of the but also the best sounding and luxurious.

That is if it realises, of course.

The future is happening right now. A future of connectivity 2.0 where the worldwide web builds a global village of devices that are all about interconnectivity. In this future, cars communicate using advanced Internet streaming, conversing with infrastructure and cellular devices, all using an intricate array of gigabyte transfers.

Far-fetched fiction fantasy? Nope, well not since MTN and Ericson recently showed that we are on the brink of stepping into ultra-connectivity at the pilot launch of its 5G wireless network.

Using this 5G network, a driver was tasked to navigate a course wearing a Virtual Reality headset that received a constant 1.6 Gbps data download stream from a series of 4K cameras. This allowed him to virtually see his surroundings at nearly zero lag with a maximum registered latency of only five milliseconds.

So, yes the future is here, and the network technology is usable; however, it is projected that it will only roll out at around 2023.

It sure seems that everyone is looking to dip their toes into the lucrative pool of future tech. Toyota Europe recently announced that it would continue putting its elliptical stamp on the world’s first hydrogen vessel.

The Energy Observer, as this Bond-looking vessel is officially known, emits no greenhouse gasses as it uses a textbook-read of renewable energy methods to produce carbon-free hydrogen from, ultimately, seawater.

Last year, the hydrogen-powered vessel embarked on a six-year journey to circumnavigate the globe and visit 50 countries. Part of its mission is to dock at 101 different locations where the crew will meet with innovators and pioneers of sustainable energy solutions for the future.

At the time of writing, the Energy Observer has just departed the tourism mecca of Venice.

Imagine knowing exactly how the car on your wish list will perform in every aspect of your lifestyle, from cost-saving to understanding exactly how much performance potion the morning commute will require.

Well, for iPhone users this is at last possible thanks to Jaguar’s GO I-Pace app.

Using a complex series of algorithms, the app can indicate how much battery life would be used for a specific trip, as well as show how many times the batteries would need recharging in the cycle of an average week.

It also factors in electricity costs associated with charging and compares that to the costs of burning conventional fossil fuels.

In a future dominated by computer age science fiction, we are happy to report that Suzuki still plans to keep its wheels firmly planted to Terra Firma with its newest Jimny.

While it has some modern touches to it, the new Jimny borrows some characteristic lines and curves from the 1970s Jimny SJ20 with a similar front-end design and upright A-pillar.

However, it’s not just on the design front where the new Jimny borrows from the past. For now, it looks like the Zook will, once again, be sold with a for selecting between 2-High, 4-High and 4-Low.

The 1.3-litre engine has also been replaced by a 1.5-litre mill that, despite a bigger displacement, boasts a 15% weight saving.