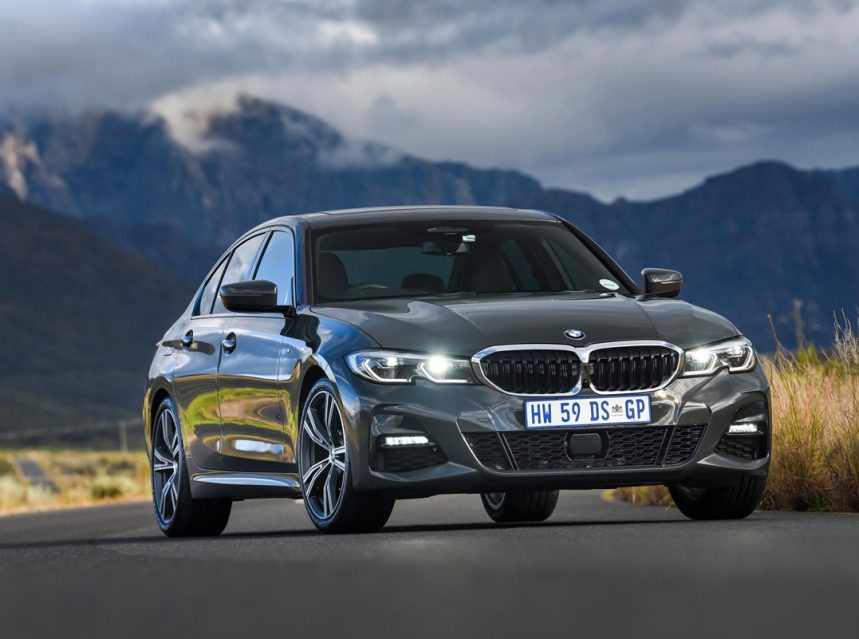 The three-box sedan may have come under siege in recent years, what with the crossover and SUV markets growing in earnest, it is easy to proclaim that the humble family sedan is possibly on its last legs. However, to the body shape’s defence, there are some jewels to be discovered in this realm, including the subject of this article, the new BMW 320d.

For over 40 years now, the BMW 3 Series has remained the benchmark sport sedan in its segment, a shining beacon for rivals to follow and emulate, and few have truly managed to capture a similar essence and disposition. The Jaguar XE, perhaps, has come the closest in my books, thanks to its aluminium construction that contributes measurably to its nimble handling antics, but it never quite rewarded the same as the Beemer when driven on the fringes of the handling envelope. The outgoing 3 Series was great, but I feel it lacked overall composure and ride comfort that made it a bit too hard sprung for the most part, particularly on M Sport Package decked out variants.

The new 3 Series has grown dimensionally over its predecessor, but personally, it is the executive stance it now manages to portray that piqued my attention. From the front, to the untrained eye, one can easily be lulled into thinking this is a 5 Series due to the grown stature of the model. Viewed side-on, there is an interesting blend of sporty and executive, yet distinctively cutting a 3 Series shape and flowing silhouette. Criticism has been levelled at the rear taillights detracting from the models of yore, but it is one of those “familiarity makes the heart grow fonder” type of situations. The more often you view it, the more it looks cohesive to the rest of the car. 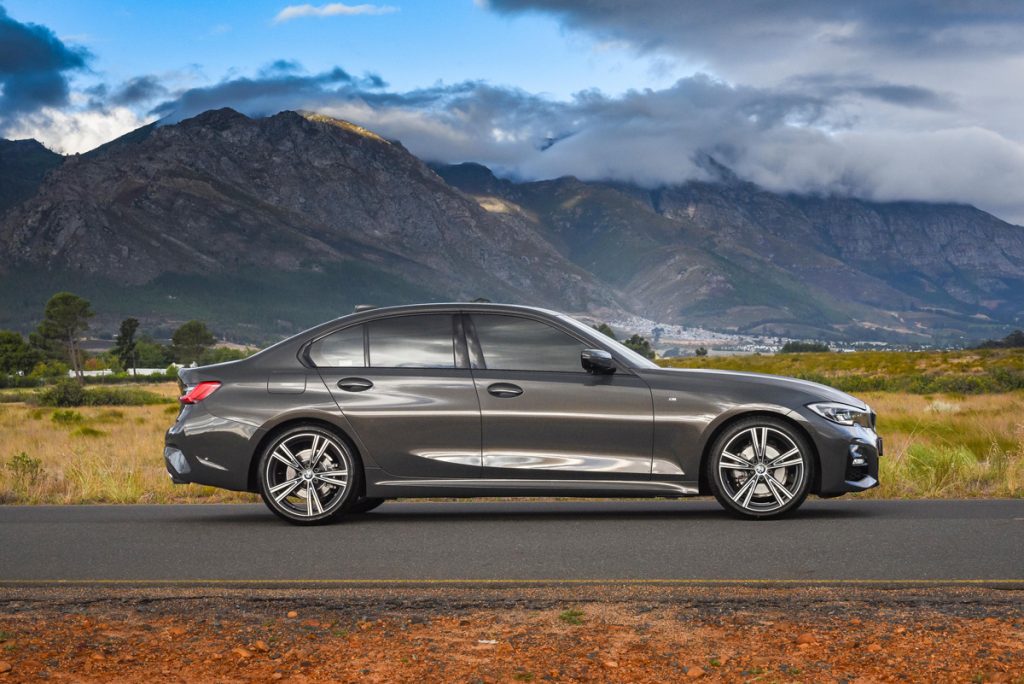 The cabin is more on the business end of things with high-quality materials used throughout, although I must admit that I’m not a fan of the half-hexagonal shaped instrument cluster, which detracts somewhat from an otherwise technologically and ergonomically sound sanctuary.

The infotainment screen now also features a touchscreen facility that works in tandem with the traditional iDrive operated functions. The overall cabin architecture takes a leaf from the X5, X7, 8 Series and Z4 models, essentially all the current crop of the Bavarian’s offerings. Both head and legroom are particularly exemplary, and the seats and steering wheel have excellent scope for adjustment to accommodate most body frames.  There is also a voice-activated command system that controls various vehicle functions.

Lurking under the bonnet of our test car is the latest 2.0-litre TwinPower Turbo diesel engine that produces 140 kW and 400 Nm, driving the rear wheels through a ZF eight-speed gearbox. Refinement has notched up a few points in both the engine and gearbox departments. Although not turbine smooth per se, the new engine is the smoothest that I have sampled yet form the marque’s four-cylinder turbo diesel offerings. It manages to rev up cleanly and smoothly with minimal turbo lag at the bottom end of the rev range spectrum. However, it is in the mid-range of that band where the engine thrives the most, pulling with enough conviction to overtake slower moving traffic with the slightest flexing of your right foot. Sport+ does get the engine and gearbox to be more alert, and this Beemer manages to feel like a mover and shaker. 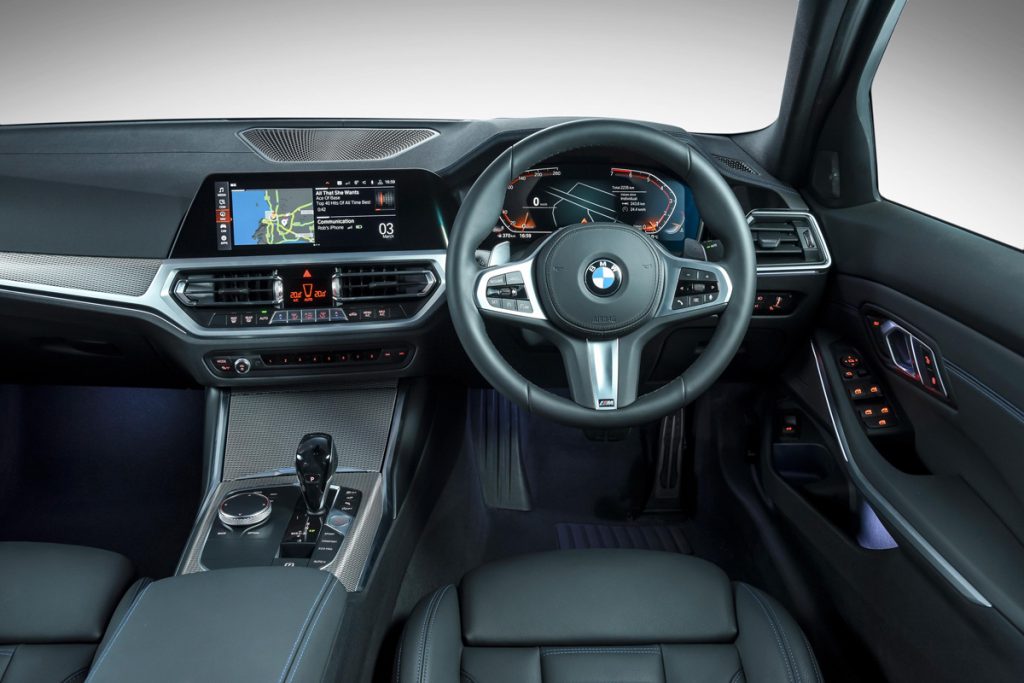 Ride quality is ever so supple in both Eco and Comfort modes, while Sport and Sport+ firm things up enough to enhance handling, all the while filtering out unwanted road nuances. Overly bumpy roads do, however, unsettle the car somewhat but it remains far better than the outgoing model. Push the dynamic envelope further, and the car’s grip levels continue to shine, while the drive polish under daily driving conditions is arguably its best highlight.

While you can opt for the 330i variant, powered by a 2.0-litre turbo petrol engine with 190 kW and 400 Nm, which will be a faster vehicle at higher speeds, it lacks the refinement befitting a compact sports saloon in my opinion. It is also less efficient – averaging around 9 litres per 100km – around town compared with the 320d, which saw a best of 6.4 litres per 100km over the test period, making it the better overall package of the two. 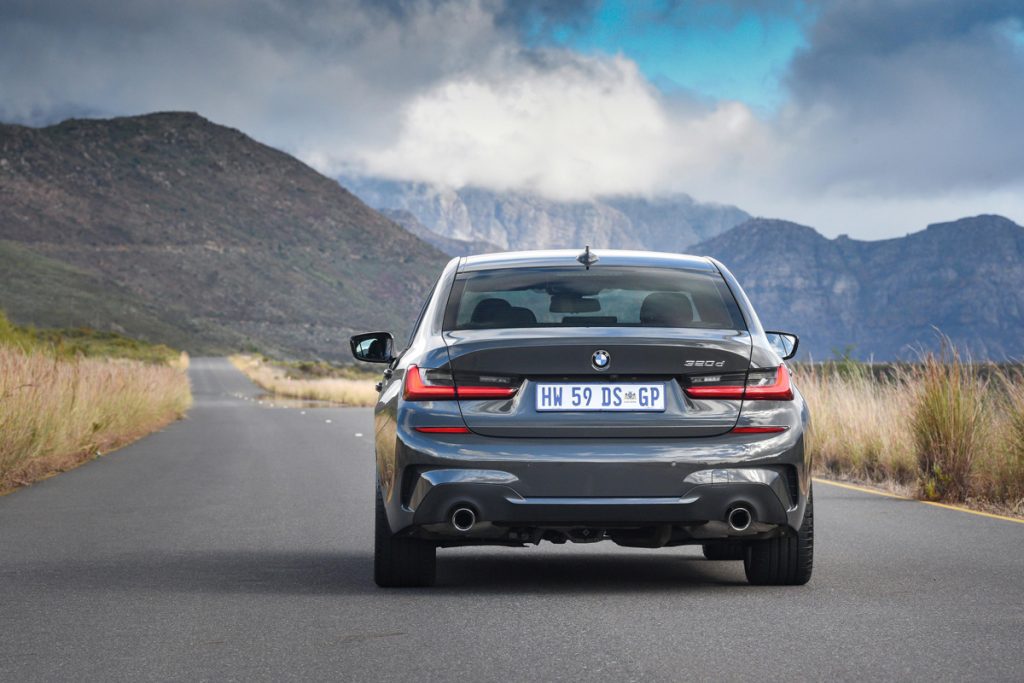 In a market where SUVs continue to be the staple of consumers and automotive makers alike, the compact executive sedan continues to thrive, like a rose that grows through the concrete, it defies the current buying trends. The new BMW 320d retains all the inherent virtues that have made it the benchmark in its segment but has now also melded this with a lofty level of refinement to make it the most complete compact executive sedan.