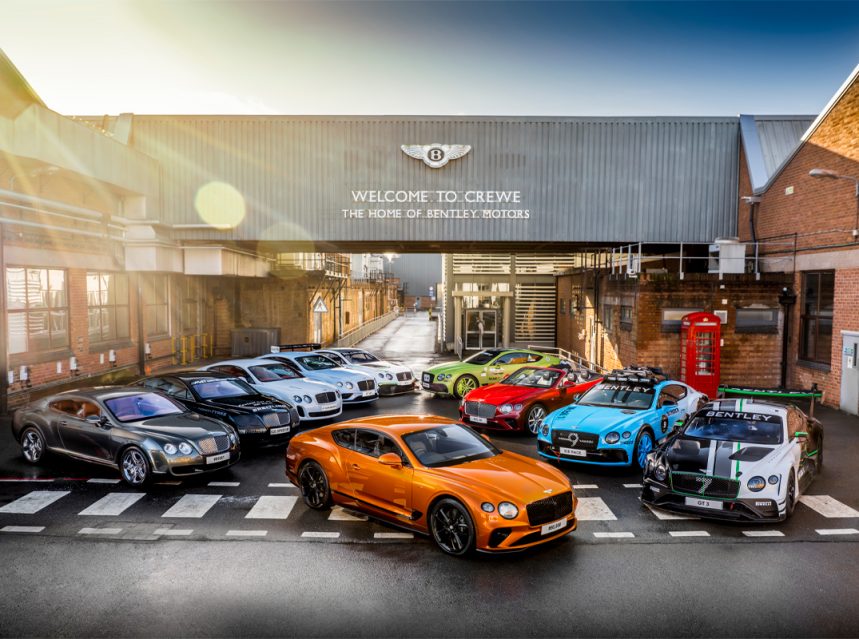 In 2021, 100 years after the first Bentley was sold, the Home of Bentley in Crewe produced the 80,000th Continental GT – the world’s definitive luxury grand tourer.

The ‘Continental’ moniker first made its appearance in the Bentley R-Type Continental, which debuted as a Mulliner-bodied coupé in 1952. With a top speed of just less than 200 km/h, it was the fastest four-seater car globally and very quickly earned a reputation as the ultimate in high-speed luxury.

In 1998, Volkswagen Group acquired Bentley and initiated a significant investment plan, marking the dawn of a successful new era for Bentley. After a triumphant return to Le Mans in 2001 with the EXP Speed 8, the Continental GT was launched two years later, in 2003. As the first car of the modern Bentley era and inspired by the Bentley R-Type Continental, the first Continental GT established an entirely new market segment – the modern luxury Grand Tourer. Ever since, it has been the unchallenged benchmark for the sector, with an average of nearly 5,000 units a year being delivered to customers around the world.

Following the second-generation Continental GT that reigned supreme from 2011 to 2018, the third-generation Continental GT was unveiled in 2018. Encompassing the latest technology, performance and style, the platform beneath the car was upgraded to a Bentley design, allowing a totally new stance, proportions and levels of dynamic ability that raised the bar yet again.

After 19 years and three generations, the style, technology and engineering of the Continental GT have evolved significantly, resulting in an increase of up to 27% in peak power. Today, this moving sculpture remains the quintessential grand tourer – phenomenally powerful, beautifully designed and exquisitely crafted.