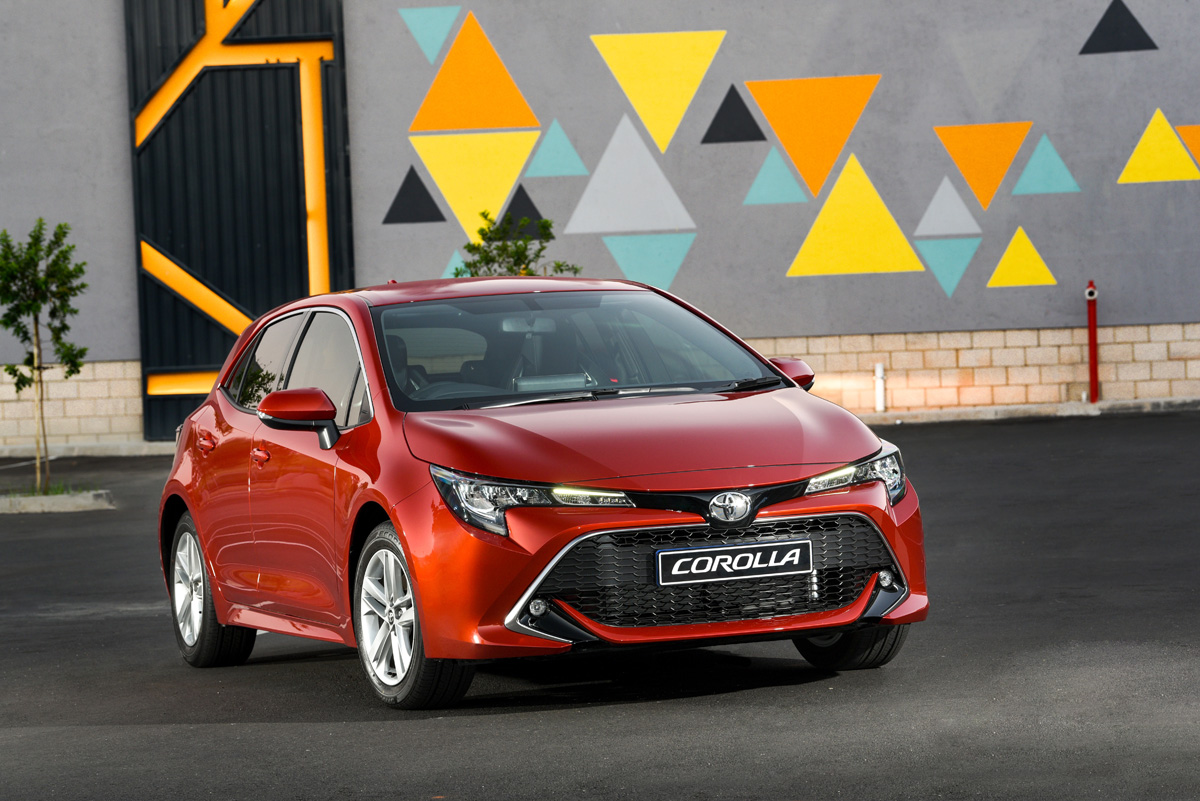 Car building, I reckon, works a lot like a recipe you’ll find in the greasy-edged pages of a cookbook: A certain list of ingredients and components goes into it. There are closely guarded secrets on fancy techniques – like ‘sous-vide’, if we were to support this slightly left-field metaphor – that makes it distinguishable from the plethora of other offerings. Not the Toyota Corolla, though, it’s always been the ‘hamburger and chips’ offering – the perfect option for those looking for maximum value without any of the hard-to-pronounce-even-when-sober fixings.

This fundamental recipe of Toyota, though, has always remained the same. Well, roughly… It was only right before the turn of the millennium when it decided to shake things up a bit by adding a hatchback variety to its staple line, and of course, add a special name to what is, still today, the world’s best-selling vehicle of all time. The names this popular addition was offered in locally included Conquest and RunX, and they were extremely popular. Then came the Auris – which wasn’t.

No need to change a winning recipe that netted the Japanese marque millions of sales then, right? Except, that’s exactly what Toyota did with its latest mainstay offering named the Corolla Hatch and Toyota didn’t just change the recipe, they completely obliterated everything we thought we knew about the familiar Corolla. The new hatch shares virtually no semblances with its three-box sedan siblings – except the badging perhaps. 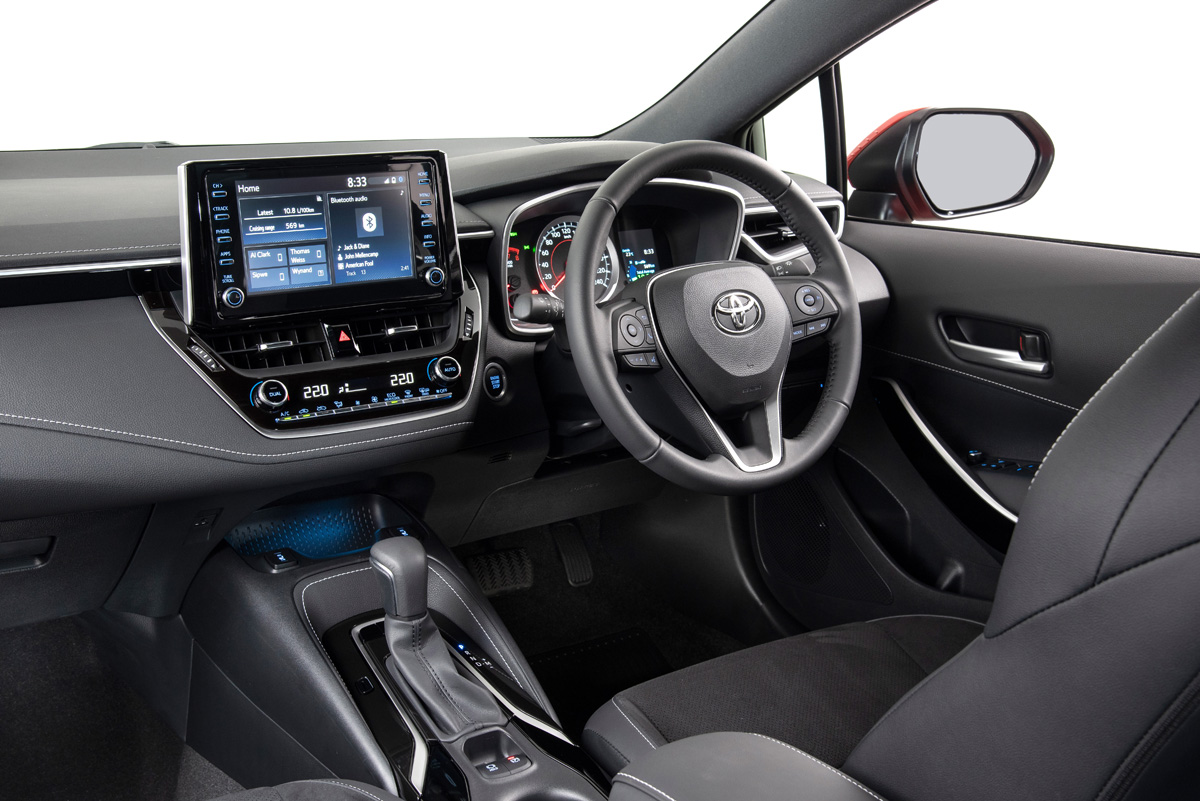 Just looking at the Corolla Hatch, you already get an idea as to the intent of the car that’s been named after a flower’s petals. Sharp lines all-round, and a prominent grille, lends it an aggressive stance, with a beltline rising from the front to the rear that gives it the impression of a prancing animal. It looks good, no matter the angle you choose to view it from.

If, and this is me nit-picking, there is anything that looks out of place, it’s the relatively tiny wheels that look to be at a loss for drama compared to the otherwise dramatically pencilled lines. Then again, Toyota had to not only save production costs in order to keep the pricing competitive, but also maintain the Corolla’s reputation as the maintenance-cost champion with, you know, tyre costs and all.

It’s much of the sameness on the inside with interior appointments and creature comforts that wouldn’t be at all out of place in say a sibling of the Corolla, perhaps wearing a Lexus badge? The seats are plush and offer excellent support, with a beautifully finished dashboard that has all the right looks and feels you’d usually associate with a luxury car in considerably loftier echelons. 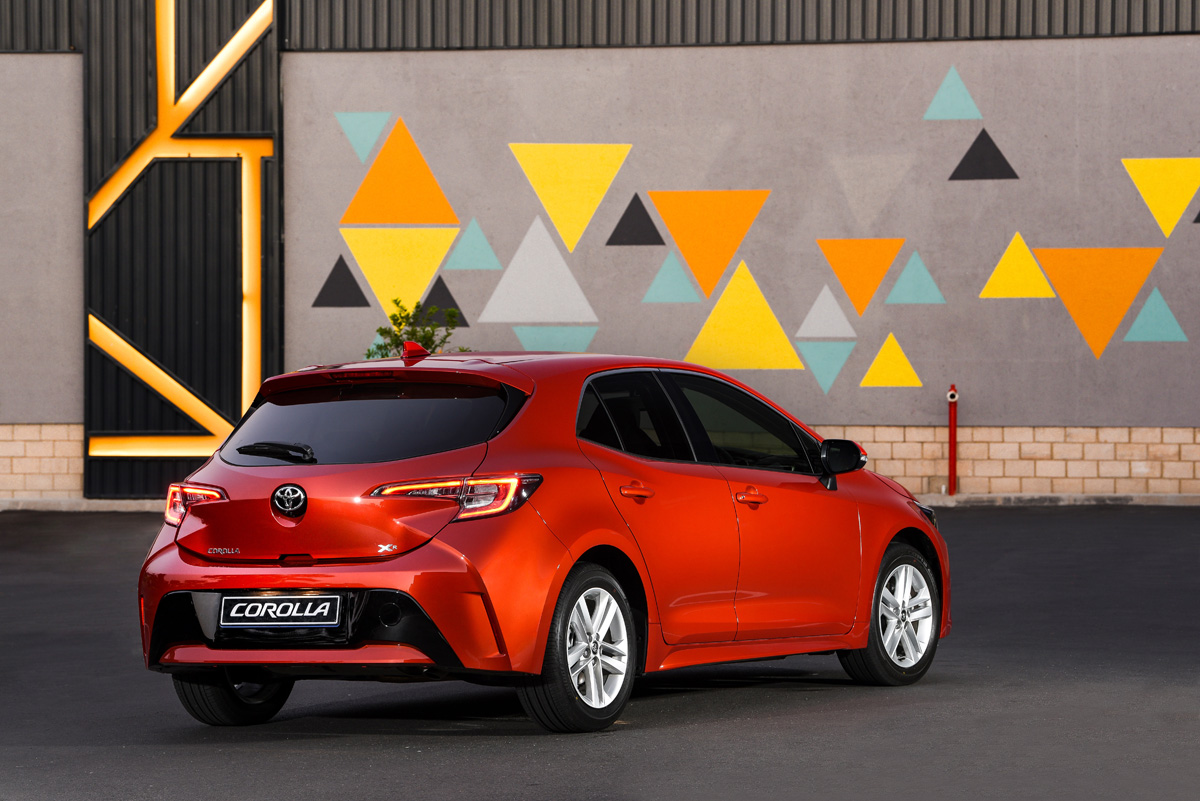 What impressed me most, though, is the way the Corolla Hatch conducts itself on the road. In my book, the ride comfort is excellent, the well-weighted steering provides just the right amount of feedback and cruising at the national speed limit, the Toyota feels well planted on most road surfaces.

The highlight, however, is the engine-gearbox combination: After my week-long stint at the wheel of the Corolla, I concluded that the CVT gearbox mated to the 1.2-litre turbo engine is one of the best-shifting CVTs I’ve ever sampled. This despite an inherent dislike in the simulated gear-shifting affair that was, originally, brought on as a result of the lacklustre performance that has become the norm when lag-peppered small-capacity turbo engines are stubbornly mated with this kettle of gearbox – like what you’d find in the Corolla Hatch.

And with only 85 kW and 185 Nm of torque on tap, I didn’t expect the Corolla Hatch to be all that different. However, with reasonably prompt and smooth ‘gearshifts’ and significantly less hum-and-drum noises that are generated from the engine bay compared to what I’m used to, I’d say Toyota has hit the nail on the head. It’s quite frugal too with a registered average fuel consumption of 6.8 litres for every 100 km driven.

Toyota has not only changed the Corolla recipe but reinvented the go-to choice altogether. It’s more flavoursome, while still being reasonably budget-savvy. If we’re to add more weight to our metaphor, what the brand has done is create a gourmet burger with Feta-yogurt and mint, with a side of sweet potatoes. It’s really that good.