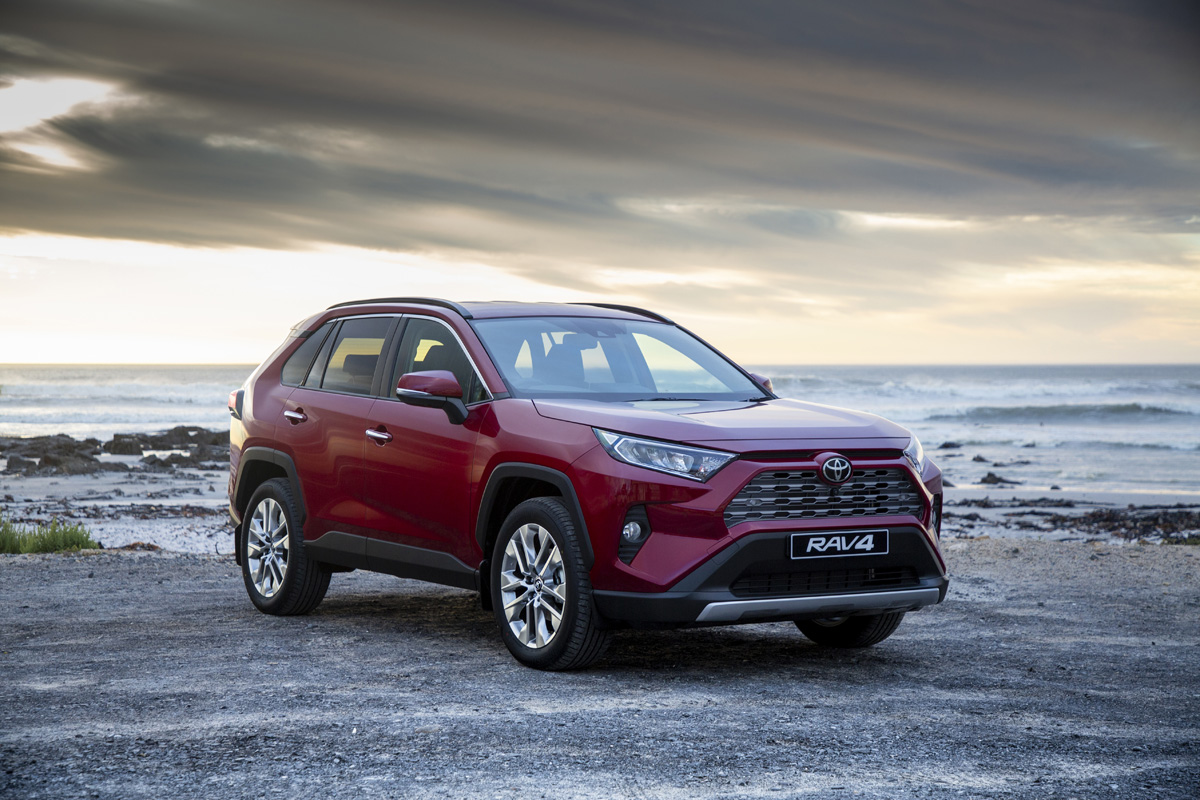 One of the pioneers in the compact crossover market, the Toyota RAV4, remains a stalwart in the segment. In recent years, however, it has lost some of its glory and sheen. This is partially because the model became somewhat of an also-ran, instead of spearheading, and was left wanting by the Korean offerings in the form of the Hyundai ix35 (now Tucson) and Kia Sportage. Now Toyota wants to claw back some lost ground with the latest RAV4 and having spent a week at the wheel recently, it is definitely making strides in the right direction.

The first step-in comes in the form of the design which, to be frank, polarized opinion at first, but is beginning to grow on me with time. That gaping fish-like front-end may not be to everyone’s taste, but it is sure to spark a conversation among onlookers. Then there are the squared-off wheel arches, which are rather similar to those used on Jeep products and gives the RAV a more solid stance than before. The rear, alas, seems to have eluded the designers as I find the back is a tad slab-sided and lacks any design flair. 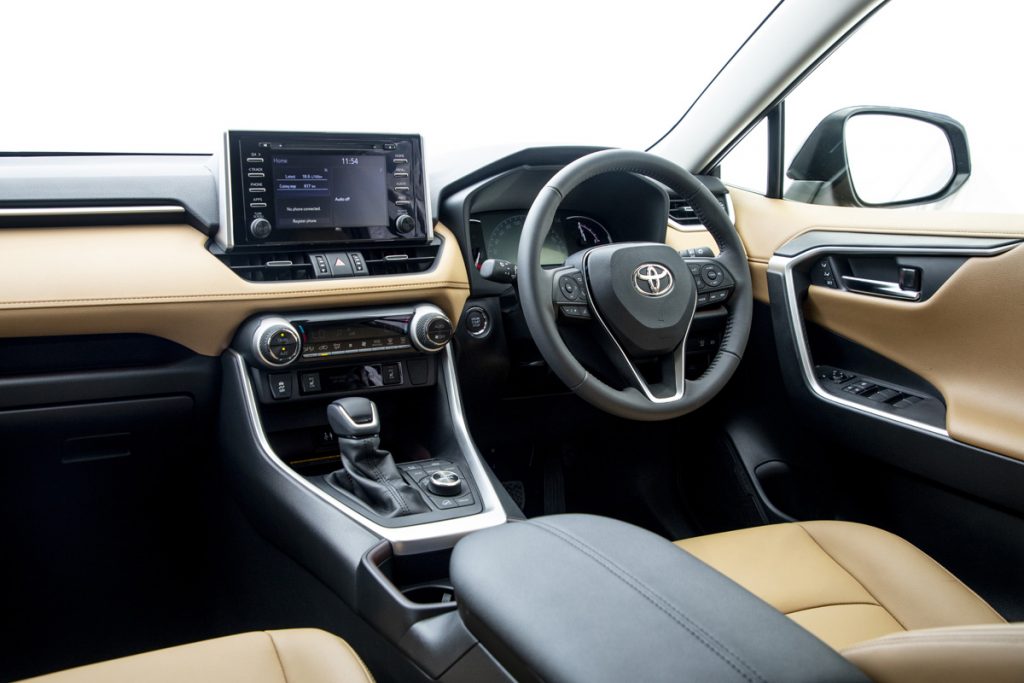 Personally, it is on the inside that the most marked improvements have been made with the cabin now featuring some soft touch points and colour contrasting stitching, which truly livens up the ambience. In the instance of our GX-R test car, there are electric leather-bound chairs with heated functionality that offer excellent lumbar support. There are nooks and crannies abound for storage, while overall head- and legroom is commodious. Boot space, meanwhile, is a useable 580-litres, which is 79-litres more than the outgoing model.

Built on the firm’s latest TNGA (Toyota New Global Architecture), which also underpins the Prius and new Corolla Hatch, this is the first time it is used in an SUV application. Aside from being adaptable for a wide spread of vehicles, it is also 57 % more rigid than the previous model, imbuing the RAV with a solid feel on and particularly off the beaten track. Our tester comes fitted with a normally aspirated 2-litre engine that pushes out 127 kW and 203 Nm allied to a CVT transmission. The combination, I feel, is the model’s only undoing. Lugging the biggish SUV around, one needs to use the throttle liberally around town or when overtaking to gain any meaningful momentum. Then there is the constant drone from the gearbox, which exacerbates matters even further. I am of the view that the 1.2-litre turbo engine used in other models in the stable, paired to a manual or conventional automatic gearbox would make for a more enticing cocktail. 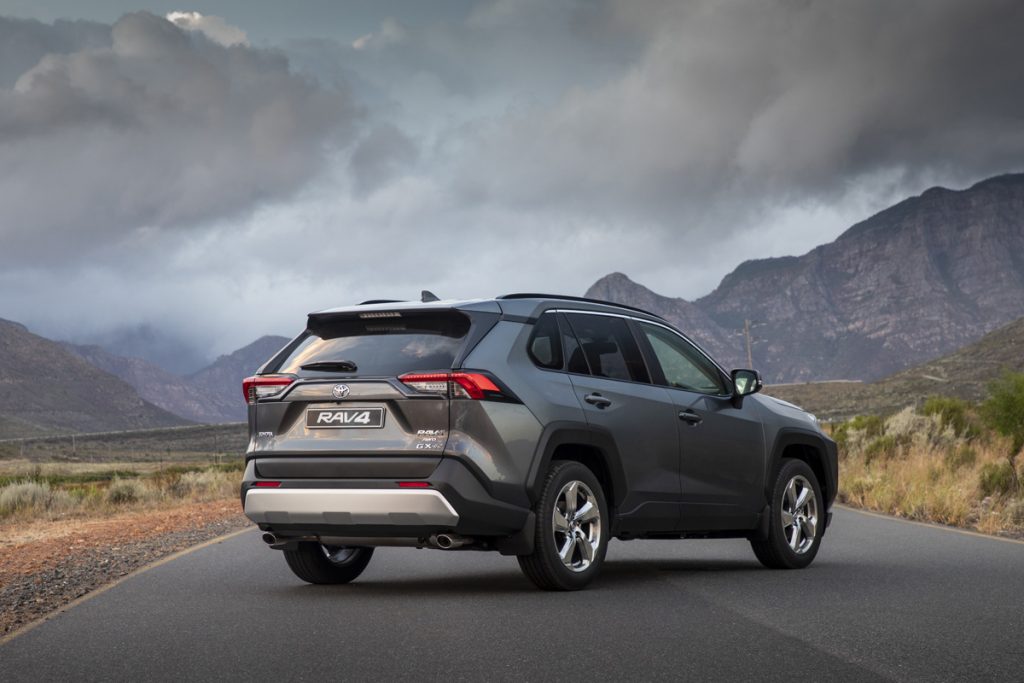 Lacklustre performance aside, the RAV4 manages to redeem itself quite handsomely when it comes to ride quality and comfort. On the road, the cabin remains a relatively calm and quiet place to be with very little in the way of wind and road noise filtering through. However, it is off the beaten track where the model truly comes into its own. The AWD in the instance of our test meant slushy gravel roads were dispensed with ease, while the ride quality remained composed over the corrugated patches, even with the increase in the turn of speed. It is in these environs that the model’s versatility comes into its own.

In isolation, the Toyota RAV4 remains a great package with more daring styling and a very well executed interior. However, it is in the engine department where I feel it is trounced by the opposition that offers a wide spread of petrol and turbo diesel engines. Should the company address this anomaly with turbocharged petrol diesel powerplants in the line-up, it could decidedly turn the tide in the RAV4’s favour.