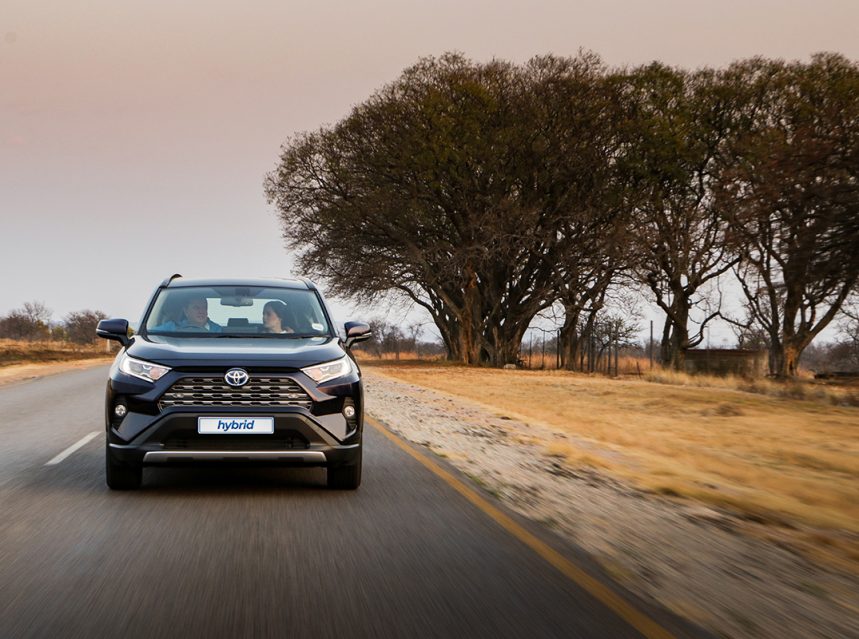 Their Pioneering Spirit Lives On |

As the first company to introduce mainstream hybrid drivetrain technology with the Prius, Toyota’s legacy as a pioneer in the field of new energy mobility is all but secure. Now, with the affordable and pleasant new RAV4 Hybrid available here, we thought we’d take it for a drive to another innovating establishment, the first private concession in the Kruger National Park.

South Africa is a land of pioneers whose tales have been brought to life by storytellers over many ages. Few of these raconteurs prickle the imagination as enticingly as politician and author, Sir Percy FitzPatrick, who, together with his dog, the equally famous Jock, travelled the area between the current Pilgrim’s Rest and the then Delagoa Bay (now Maputo) in search of their next great adventure.

Huddled in the heart of the southern Kruger National Park, Jock Safari Lodge celebrates the hero of FitzPatrick’s true-life drama as the first private concession of its kind in the world-famous reserve. The iconic lodge has permanent links with the intrepid explorer and his canine companion. Rich in abundant wildlife, particularly the Big Five, the outline that shapes the concession is the exact profile of Jock as he was immortalised in FitzPatrick’s legendary tale, Jock of the Bushveld, which was first published in 1907 and had 100 impressions, in addition to being translated into five languages.

A hybrid sport-utility vehicle and a safari lodge may not, on the face of it, have much in common, but since it is no longer the 19th century, and transportation options are somewhat more sophisticated than the ox-wagons Sir Percy would have used, if one must travel to the bush, you might as well do it in cutting-edge style.

Thus, we recently trundled off to Jock Safari Lodge in the surprisingly frugal and supremely capable embrace of one of Toyota South Africa’s newest releases, the Toyota RAV4 Hybrid.

Itself a pioneer of sorts; the RAV4 Hybrid is the first new-mobility SUV from Toyota and the first in its segment in South Africa. Although the now legendary Prius blazed a trail for cars such as the RAV4, Toyota has all but perfected the dual-source powertrain that combines a traditional internal combustion engine with a high-current electric motor.

MORE THAN YOU NEED

Toyota introduced the fully-imported RAV4 Hybrid alongside its Corolla Hybrid sibling earlier in 2021, with the view to capitalise on the strength of the popular RAV4 to drive mainstream acceptance of hybrid technology locally.

The car we tested down to the Lowveld – the R555,300 RAV4 2.5 Hybrid GX – slots into the eight-model RAV4 line-up at the mid-point, above the 2.0 GX auto (R502,600) and slightly below the 2.0 VX (R559,800). Toyota’s pricing strategy with the hybrid RAV4 is designed to introduce the idea of hybrid technology to a broader audience. Offered in mid-range GX trim, the value-for-money hybrid truly is packed with more than enough premium technology and comfort features to justify its price tag.

There are LED head- and taillamps complete with DRLs upfront, rain-sensing wipers, heated and power-operated side mirrors, and keyless entry. Inside the cabin, the 430-km trip to Jock (from Pretoria) was a breeze in mid-Spring, as dual-zone climate control, three 12-volt power outlets and multiple cupholders make light work of any road trip. Other essentials for any long journey are cruise control, an auto-dimming rear-view mirror, a multi-information display, and a decent-size tilt and telescopic leather steering wheel with remote switches.

While we were two-up on this trip, there is sufficient comfy seating for five, although it begs a mention that the Hybrid RAV4 has a smaller load bay with all seats in use than its siblings – 580 litres, versus 698 litres in the GX auto, and 733 litres in the VX. The drop in size is due to the battery taking up space under the second row of seats. It’s good news, though, that the addition of a battery doesn’t mean a compromise in terms of the spare wheel, as the RAV4 Hybrid has a full-size one, should you run into trouble along the way.

On the road, the RAV4 Hybrid’s punchy 2.5-litre hybrid powertrain generates a total of 160 kW and 221 Nm of twist, making it more powerful, by some margin, than the 2.0-litre versions above and below it. The power trade-off is also not at the expense of fuel consumption, and even with brisk driving along the N4 highway, a fair amount of overtaking, and using climate control all the way, the hybrid SUV managed a respectable 5.8 l/100 km on the downward journey, and 6.2 l/100 km back up to the Reef. Yes, that’s a tad more than the official 4.7 l/100 km average figure, but for a car that weighs more than its siblings and is fitted with a CVT, that must be one of the smoothest I’ve driven, this is by no means a scary number.

If there’s one thing to say about taking a hybrid on safari, using it in EV mode (without the engine) is the best way to view animals. You can get up close virtually undetected and enjoy the stillness of the bush along with the animals you’re viewing.

Though, naturally, if you’re a guest at Jock Safari Lodge, you don’t need to self-drive, as two-daily game drives with an experienced guide are included in your stay.

Jock is by far my favourite lodge to visit in the Kruger. Set in the eastern section of the reserve, Jock Safari Lodge stands apart from others in many respects, yet its greatest virtue is its staff’s exceptional standard of service. From the exceptionally warm greeting you receive upon arrival to the genuine desire to make your stay there unforgettable, Jock is steeped in history and old school charm. Nowhere is this more evident than in the dining room, where you’ll find a piano that was once played by well-known entertainer, Cockney Liz, who made her name during the Barberton Gold Rush.

As a five-star establishment, Jock embraces the highest standards of culinary excellence. Despite its remote location, fresh produce, award-winning wines, and delectable delicacies are flown in or brought in by road, then expertly prepared for the discerning palates of the local and international travellers who visit the lodge. From the buffet-style, open dinners in the boma (or on the dry riverbed below the lodge, weather permitting) to the splendid breakfast spread that greets the new day, eating at Jock is almost as spectacular as the surrounding environment. A grander affair awaits as the lodge’s Executive Chef and his team prepare a fine dining experience every other evening.

Jock’s field guides certainly deserve a special mention. Hand-selected for their experience and expertise, these rangers prove themselves time and again to have an uncanny eye for spotting spoor and possess vast amounts of knowledge of the area’s mammals, birds, and plants. Quickly rising above the cliché of the usual game drive, each excursion into the bush becomes a lesson in the magic of this wild ecosystem, as you revere its beauty, as much as its harsh and unforgiving nature.

It is unimpeachably true that the choice of wheels on a long trip will either make or break the journey. I was unprepared to be this impressed with the RAV4 Hybrid as a long-distance cruiser, yet here we are. It has everything you need for any family journey, with the added peace of mind that it is backed by Toyota’s three-year/100,000 km vehicle warranty and eight-year/195,000 km hybrid battery warranty. At its price point, it is tough to beat, a fact that history is likely to confirm as Toyota starts a new chapter of more new-mobility vehicles in South Africa.