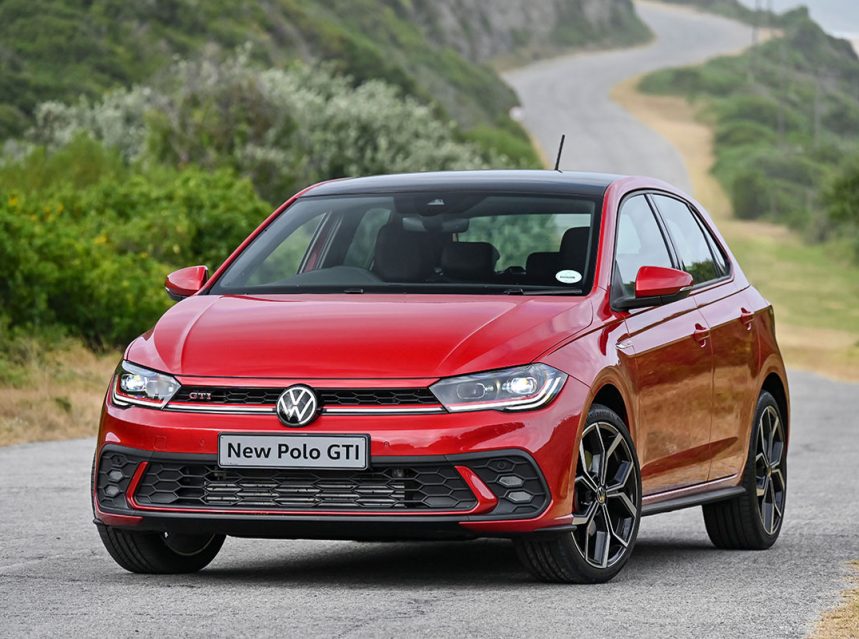 Combined with its budget Vivo sibling, the VW Polo is South Africa’s most popular car. It is also one of the brand’s most popular globally, consistently featuring as a top-three seller in Europe. Here, the Polo and Vivo together own 46% of the A0 market and have maintained their leading market position for more than a decade.

While the Polo has graced local roads for two decades, the latest (sixth) generation car is a stand-out success story for local car manufacturing. Since 2018, more than 80,000 Polos have been sold here, each one produced at the VW plant in the Eastern Cape.

Here, 2,600 staff members working in three shifts are responsible for producing the Polo and Polo Vivo at a rate of one every 105 seconds. That translates into a capacity of 165,000 units annually, many more than the local market can absorb. As many as 75% of all the cars produced at Kariega are exported to multiple overseas markets. Kariega also has the distinction of being the only plant in the world to produce the Polo GTI derivative for export.

This is a strong position for the Kariega plant to be in. Globally it is considered a critical facility in the Volkswagen manufacturing line-up. Still, it will serve the company well to keep an eye on increasing focus on EV production to ensure the Kariega plant remains a leading hub – and prominent local job creator – well into the future.

Underpinning the new Polo, Volkswagen’s MQB-27 platform (also the foundation for the popular T-Cross), ensures that the car can support a high level of under-the-skin and other technology. To this end, all new Polo models receive VW’s Digital cockpit integrated instrument cluster and infotainment system. Top-tier models (R-Line and GTI) boast the Digital Cockpit Pro system with an upgraded 8″ Composition Media infotainment screen, while the Polo (entry) and Polo Life models receive the 6.5” Composition Colour system. An optional Discover Media system with an 8″ touchscreen, navigation, wireless connectivity and charging, and voice control is also available.

Upgrades to the seats and multifunction steering wheel complete the Polo’s mid-life interior changes, although it is worth noting that IQ Drive Travel Assist driver-assistance suite is optionally available as part of the Volkswagen Safety Package. The system includes Front Assist and Pedestrian Monitoring, as well as Adaptive Cruise Control and Lane Assist.

Exterior styling is pointedly sharper, with redesigned front- and rear bumpers and updated lighting clusters leading the charge. All models now feature Eco LED headlights and taillights, while IQ Light Matrix LED headlights and a distinctive LED light bar between the front lights distinguish the Polo GTI from its ‘lesser’ siblings. The LED light bar is a subtle yet stunning addition to the GTI’s styling and lights the way for a new generation of design cues for future products. “Light is the new chrome”, according to Volkswagen.

The Polo Life (previously Comfortline) is powered by VW’s trusty 1.0-litre turbo petrol engine and is mated to a five-speed manual transmission. During the weekend before the polo launch event, I tested a T-Cross R-Line fitted with the same 75 kW and 175 Nm engine and gearbox combo, and experiencing it again in the Polo confirmed just how resilient it is in this segment. Volkswagen claims a fuel consumption figure of 5.4-l/100 km in the Polo, making it one of the most frugal in its segment.

True to tradition, the Polo is an overall excellent on-road performer, offering a good balance between power and handling, ride comfort and responsiveness. The current Polo offers an excellent package, similar in size to the third-generation Golf, with interior space comparable to the fourth-gen Golf.

The range also includes two 85 kW DSG-geared versions in the form of the Life DSG and Polo R-Line, and we drove the latter during the launch. With its slightly perkier engine and dual-clutch transmission, the Life is, to my mind, the pick of the line-up. Its sprightly performance at a reasonable price point elevates it slightly above the manual-driven Life.

We also drove the updated GTI at launch, relishing the opportunity to reaffirm why the range-topping Polo is the market leader in its particular niche.

Considering the dimensional similarities between this Polo and previous-generation Golfs, it comes as no surprise that this car delivers a similar performance to some historical Golf GTIs. This is courtesy of the car’s punchy 2.0-litre four-cylinder turbo engine that sends 147 kW and 320 Nm to the front wheels via a delectable six-speed dual-clutch automatic transmission.

The Polo rides 15 mm lower to the ground than the standard Polo and sports 17″ alloy wheels. The GTI is a strong performer that reacts quickly and directly to driver input on the road. Of the three available driving modes – Eco, Normal, Sport, and Individual – I spent most of my time behind the wheel savouring the dynamism of Sport mode, where the GTI is most satisfying as a driver’s car. In this mode, it is seriously quick, too, with VW claiming a zero to 100 km/h sprint time of 6.7 seconds.

Regardless of price and size increases, the Polo remains an extremely popular car in Mzansi. While it could be argued that the role of being the “People’s Car” is now in the hands of the Vivo (at its more palatable price point) rather than the Polo, the latter is still a sophisticated, well-balanced, and generous offering.