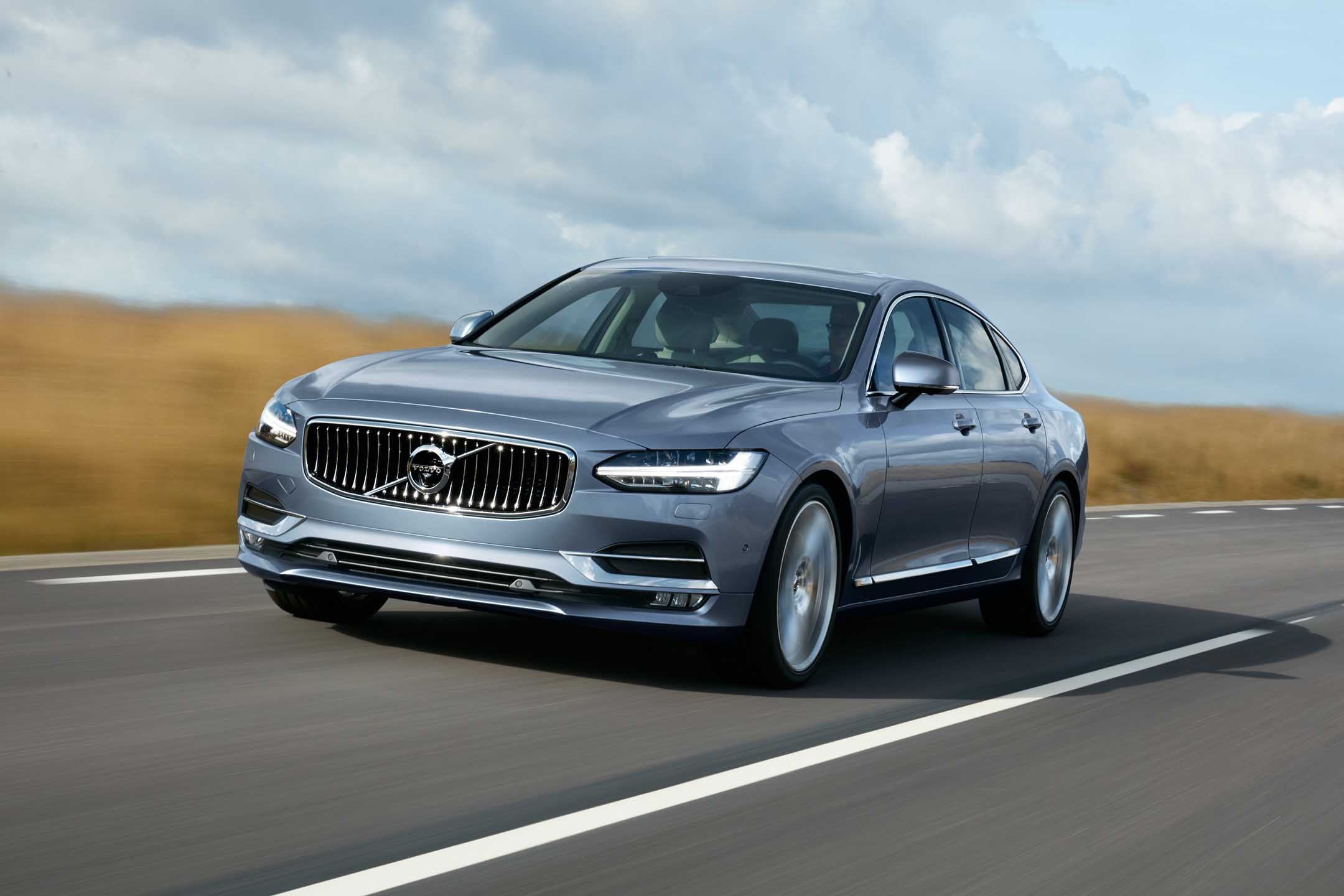 The Volvo S90 has no ‘gen-1′ per se, although the company has dabbled in the executive luxury sedan segment for years now, but no ‘blueprint’ on which to base a luxury sedan that shares a numerical designation (90) with one of the best SUVs on the market, the XC90. And yet, despite no historical reference, any measure of pedigree and a drivetrain that hardly registers on the thrill-o-meter – what Volvo has created is something that is … quite perplexing.

A day before taking delivery of the Volvo S90, a colleague said to me: “You’ll love that car. Rand-for-rand, I think it’s better than the competing 5 Series.” “High praise,” I thought, since I’ve never driven Volvo’s flagship sedan. Naturally, I embarked on my week of testing the S90 trying to prove just how wrong he was. 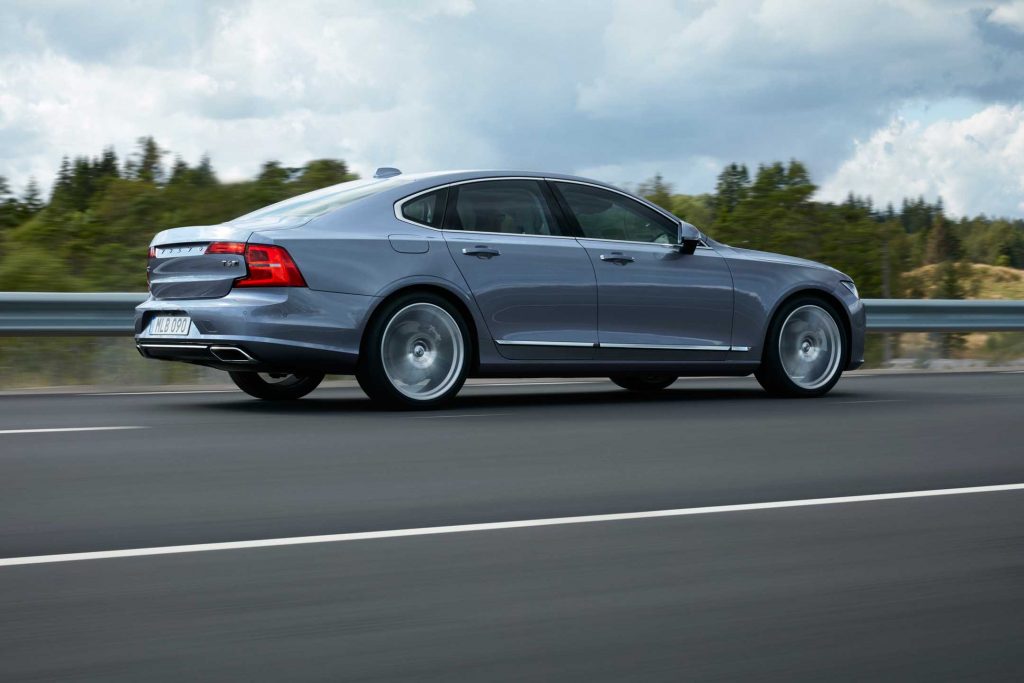 BMW knows sedans. In fact, they have time after time proven their mastery with the luxuries of the three-box design. But, it’s not just them. It’s much of the sameness with Mercedes-Benz and, if you look over the pond, the British too – in the form of Jaguar – that has a long and rich luxury sedan heritage.
Along comes Volvo who, as it turns out, also knows something about this kettle of car. But it’s been relatively quiet on the Scandinavian front with the marque seemingly focussing more on perfecting SUVs…

As is custom with these kinds of predicaments, I decided to compare the S90 Inscription I tested with its rivals on paper, setting the comparison parameters to diesel derivatives, with an equivalent to the Inscription specification pack and the closest price tag to that of my tester.
Right off the bat, I raised an eyebrow since the Volvo is the priciest of the lot with a price tag of R909,900. The BMW 520d Luxury Line weighs in at R887,506 and the Jaguar XF 20d Prestige boasts the lowest price of R872,300. The Mercedes-Benz E220d Avantgarde, however, registers somewhere in the middle with an asking price of R877,265.
To give you some perspective, the Volvo – despite the fact that all the cars in the comparison are powered by a 2.0-litre turbodiesel mill – offers the best power output, by quite some margin I might add, of 173 kW compared to its closest kW rival, the Merc that has only 143 kW on tap. The BMW and Jaguar only have 140 and 132 kilowatts respectively. Ditto with torque. The Swede has 480 Nm, while the Jag comes closest with 430. The rest of the field both registers 400 Nm.
But does this really justify a price difference of at least R22,000? Probably not, but being the only contender to be driven forwards with all-fours might, a specification that in itself often costs more than the aforementioned difference. 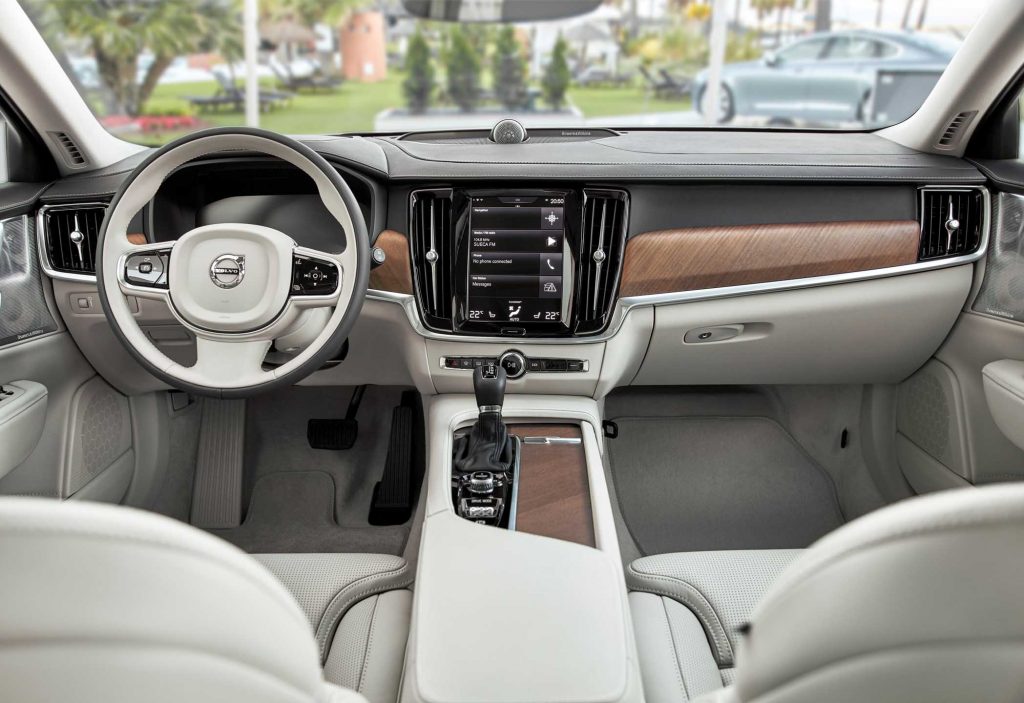 The rest of the specification sheets are a little less straightforward with one optional item ticked here only for another to not be issued as standard fare. There’s no clear winner on that front, I’m afraid.
Where the Volvo shines, however, is in the overall perceptions front. While none of these cars are exactly new, the S90 manages to carry its age quite well. This is true of the exterior styling, but especially the interior that’s still on a par, if not better, than some of the brand’s newer offerings. The minimalistic lines, plush seats and up-to-date digital instrument cluster all contribute to the timeless look and feel.

That’s just one aspect. The other side of the coin, its cruising ability, is the aspect that managed to impress me no end. How it accelerates to the national speed limit for one, while not exactly thrilling, leaves you in awe thanks to its sheer effortlessness.
When you reach your preferred cruising speed, the steering feels weighty and sporty, while the ride quality resembles something I can best describe as a cloud of silk – it’s almost everything you want rolled into a singular experience. The cabin is quiet and serene and did I mention stunningly pretty? All the while the engine just keeps ticking over effortlessly, registering only 7.1 litres of diesel used for every 100 km.

Volvo has had decades to practice sedan perfection in the upper reaches of luxury, but this, the S90, is arguably the first sedan to offer an equivalent to its XC90 SUV sibling. While the S80 came close, it still lacked the ultimate charisma to truly take on the Germans. So, while it’s a first for Volvo, it’s also a first for me as one of the most complete cars I’ve ever driven. It’s a pity, though, that this specimen of near-perfection only came along as the era of the sedan in South African was already drawing to a close.