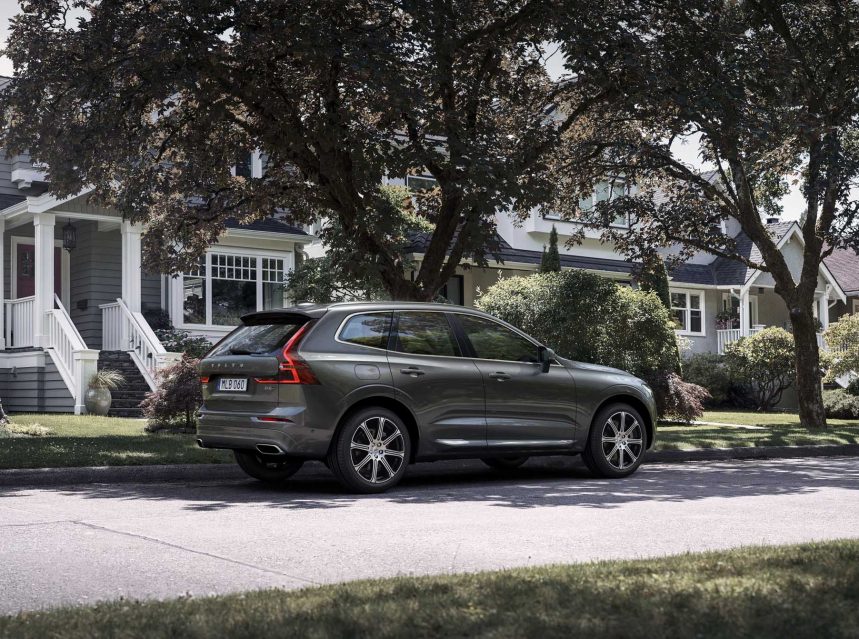 THE MAGIC NUMBER IS XC60

You don’t need an appreciation for the finer things in life to fully appreciate what the Volvo XC60 D4 Inscription represents – all-encompassing sophistication at a mid-way price.

I have had, if I’m honest, a bit of an ambivalent relationship with Volvo’s range of cars over the last few years. There was the S90 D5 that left me speechless in its execution of luxurious motoring, so much so that I still regard it as the best overall and well-balanced car I’ve ever steered. Then on the polar opposite end, the XC40 which was a first-class drive… until it wasn’t. Its gearbox failed, leaving me stranded in the middle of nowhere, a memory that I don’t particularly like to revisit. And then there’s the XC90 D5 – It too had its flaws; top of mind being the turbo lag as a result of its ageing engine architecture. Still, in my books, it came a close second to its S90 sibling in what it offered and I’m still convinced that you’d be hard-pressed to find as much car for your money when shopping in this segment.

The missing piece of the puzzle, however, was the XC60 – Volvo’s SUV offering that, in my opinion, dethroned its flagship XC90. I’ll admit, up to the point when I finally drove the subject of this article, I believed that it was a slightly shrunken version of its mightier-than-Thor sibling, but how wrong I was… 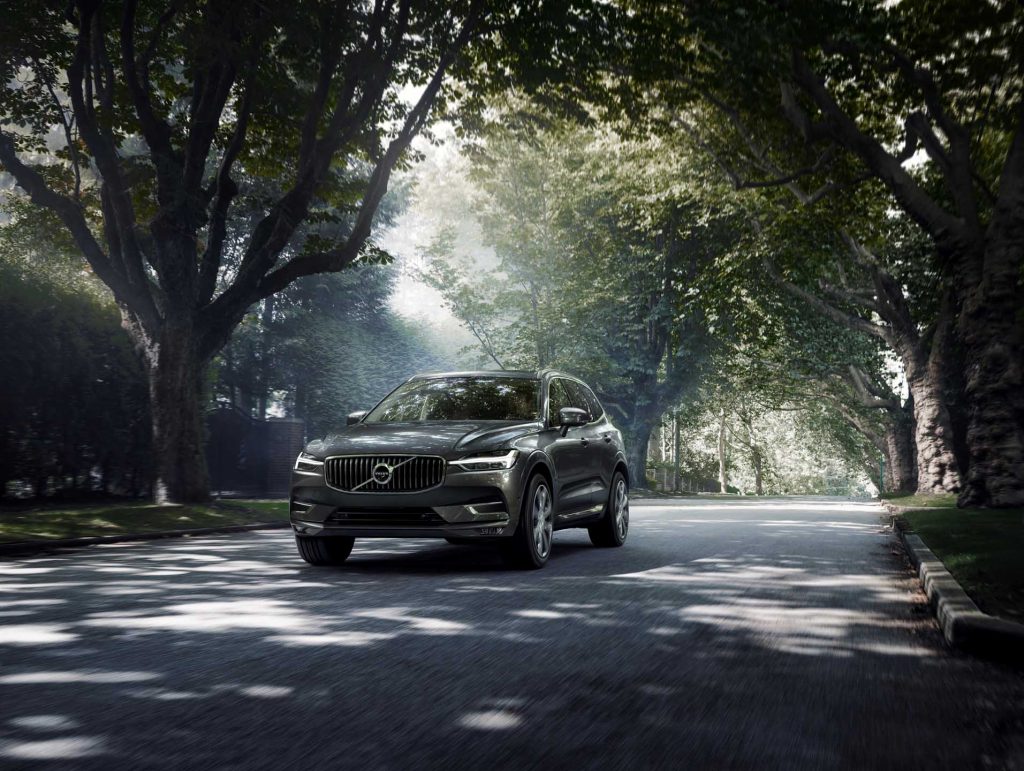 By all logical reasoning of product positioning, one would assume that the XC60 D4 would fill the middle-ground spot of Volvo’s SUV range. Somewhat more compact than the XC90, more substantial than an XC40 and with a D4 engine propelling this reasonably sized SUV, one would expect it to be lacking on the power front compared to the robust D5 offering. As it turns out, that is not the case.

With its 140 kW and 400 Nm worth of forwards gusto, the 2.0-litre turbodiesel D4 gelled so perfectly with my test vehicle. It is gutsy off the line and susceptible to only marginal lag compared to the D5 XC90 with the eight-speed automatic gearbox finding all the right torques all the time.

Many may argue that this is down to weight: 1,802 kg vs the 90’s 1,999 kg. But the difference is less than 200 kg and, on paper, the D5’s 173 kW and 480 Nm of torque should more than compensate for this, and yet it doesn’t. And while I only have a fundamental understanding of the internal combustion process, I’d theorise that this is down to a relatively small engine (the same 2.0-litre turbodiesel is used across the range) that is performance-stressed to the point where even power can’t overcome inherent shortcomings. So that’s a definite win in the D4’s column. 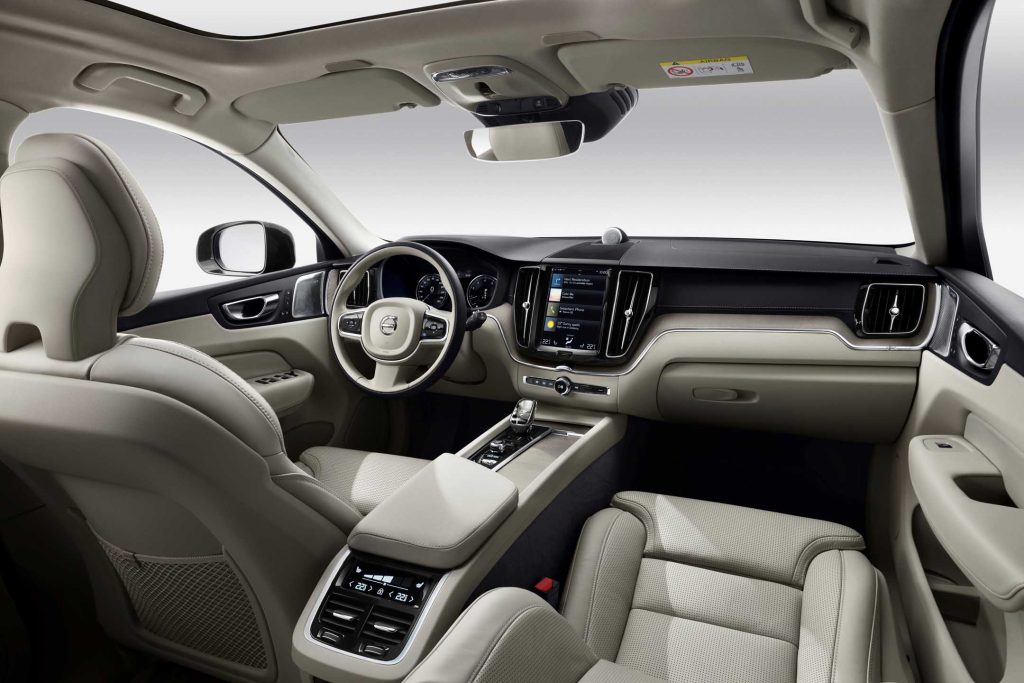 On the interior front, there’s very little that separates the XC60 from the perceived levels of luxury and trim of its bigger sibling. It has the same air of minimalism that is present throughout the current Volvo range with most of the car’s media and setup functions built into the vertical-oriented tablet and the interchangeable digital instrument cluster. Similarly, our test vehicle also boasted the surround-view camera system that made parking, even in the tightest spaces, a breeze. It must be said, though, that I didn’t find the sound presets to be as comprehensive as that of the XC90’s but that’s about the only tangible difference that I could pick out from the host of features and functions present.

While the upholstery was wrapped in a well-dressed “blond-charcoal” colour, it did show some visible signs of overuse on some touchpoints, despite the SUV’s low odometer reading.

And then there’s the matter of space. Due to the smaller stature of the XC60, it doesn’t have the same seven-seat sensibility of the 90 – even if the third-row is hardly meant for anything more than seating children. Still, the boot is voluminous with more than enough space for a holiday’s worth of luggage.

The Volvo XC60 D4 Inscription represents everything that made the mighty XC90 such a worthy contender in its segment, in a slightly smaller package. It has an extensive list of luxury and convenience features, the best (in my opinion) engine configuration that the Swedish marque has on offer, and while it can’t boast the added family-guy appeal of two extra seats, it has no shortage of space for a small family, with Volvo’s booklet-worth of safety add-ons to keep everyone safe.

In terms of price, the Volvo XC60 is a middle-ground kind of buy. Everywhere else, though, is without compromise and for that, I’d say this is easily one of the best Volvos I’ve ever had the pleasure of driving.