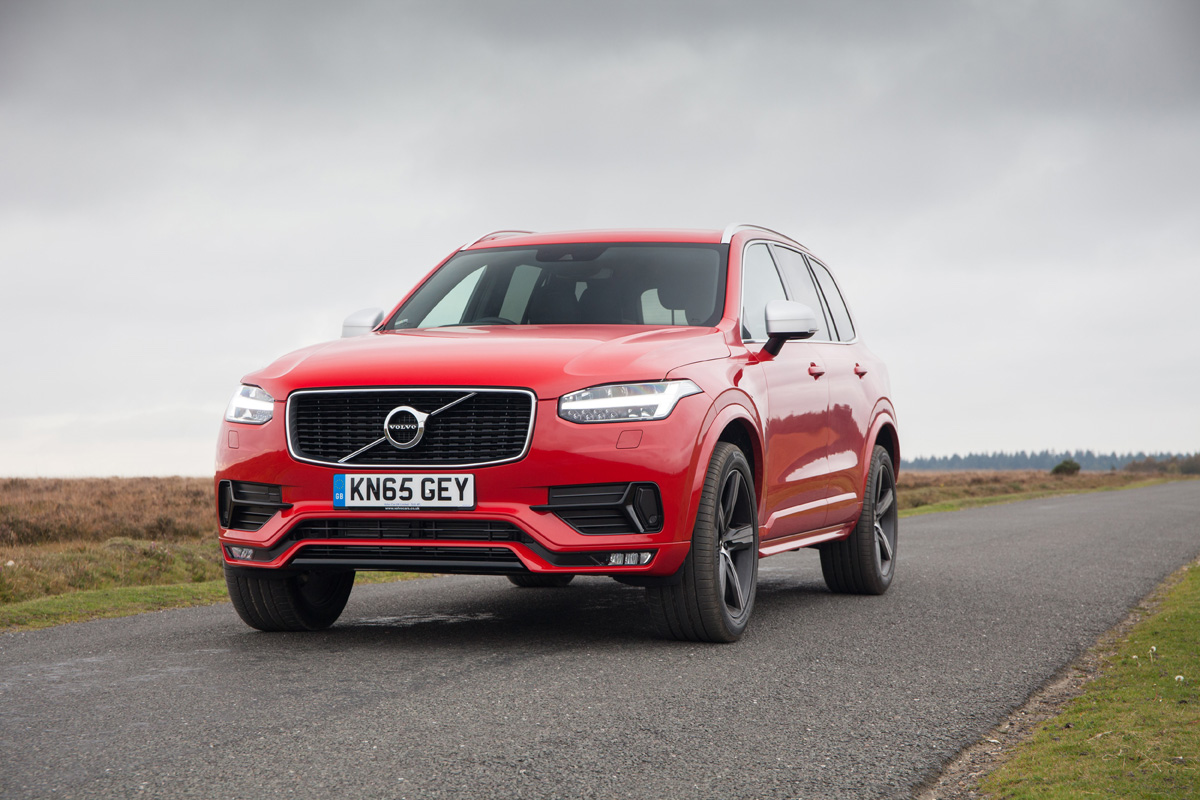 Volvo’s current crop of cars strikes a chord with me and, having spent a long-term test in the latest XC60 D5 Inscription in recent years, it is easily one of the company’s most accomplished yet. Of course, the XC90 began this new wave of effortless Scandinavian chic, signalling the beginning of a new era for Volvo Cars, which can now use adjectives such as “cool” to describe their new-found attractive disposition. Lerato Matebese recently spent time with the XC90 D5 decked out in R-Design specification and found it still has the clout to take the fight to the German establishment.

Granted, the Volvo XC90 is due for a mid-life update, which you can read about in the September edition of **Driven** subsequent to our launch drive of said model. Back to the current variant though, which I last sampled back in 2016, and a few memories came flooding back after recently sampling it again. From its simple, yet elegant lines to the subtly sporty accents of the R-Design package to the acres of cabin space on offer, the XC90 is still the ideal chariot for soccer moms, et al.

One of the model’s main forte’s is its practicality and packaging, boasting seven seats with the middle row having the ability to be moved fore and aft to create more legroom and affording easier ingress to the rearmost quarters. There’s ample room up front, too, particularly in the head and shoulder room departments.

The cabin is simplistic in its architecture, bereft of unnecessary buttons with many of the vehicle’s functionalities such as the climate control, housed in the tablet-like infotainment screen. Materials are plush, the electrically adjustable, leather and Alcantara-wreathed seats are sumptuous for the most part, while all-round visibility is a boon and makes parking this large vehicle in tight parking spaces an absolute cinch.

A few years back, Volvo decided to quell its six and five-cylinder engines in favour of four-pot petrol or diesel engines with a 2.0-litre capacity for its 60 and 90 cluster models. Hence, the XC90 D5 on test here is hustled along by a 2.0-litre turbo diesel that pushes out 173 kW and 480 Nm, which are healthy numbers on paper.

Allied to a smooth 8-speed automatic gearbox, the engine does suffer momentarily from turbo lag when setting off and under overtaking situations. However, once past that twilight zone, there is ample power on tap to keep up with the traffic ahead. Efficiency also proved to be exemplary, returning around 7.8-litres per 100km of mostly urban driving which, for a towering vehicle such as this one, is mighty impressive. Sure, there is a lack of refinement from the engine befitting a vehicle in this segment and I sincerely hope this will be addressed in the updated version that we will be driving later this month.

On and off-road comfort is another feather in the cap of the XC90, offering a magic carpet ride level of waftage, even on the 20” profile tyres shod to our test car. You can, of course, also specify the achingly-good looking 22” wheel option, but I reckon that will somewhat corrupt the ride quality and any off-road excursions will be out the window. However, personally, I would specify those supposedly compromised 22” wheel option, because, I am a sucker for a set of good-looking alloys. As mentioned, the XC90’s cabin functions are cocooned in the infotainment system that functions like a tablet, replete with pinch and zoom functions. While the system works well, the actual size of the screen seems to be too small and out of depth now for this segment car, so a slightly bigger screen would be a welcome addition.

Four years on and the XC90 still ticks the right boxes in my opinion. Yes, there are newer vehicles in the segment, but very few if any offer this sort of versatility at the price. The tiny infotainment screen and turbo lag notwithstanding, it remains a compelling package and, were I in the market for a premium seven-seater SUV, this would be at the top of my list. The requisites would be the R-Design trim and those 22” wheels. Yes, indeed, Volvo has finally found its mojo and the XC90 is every bit as cool an SUV as they come.