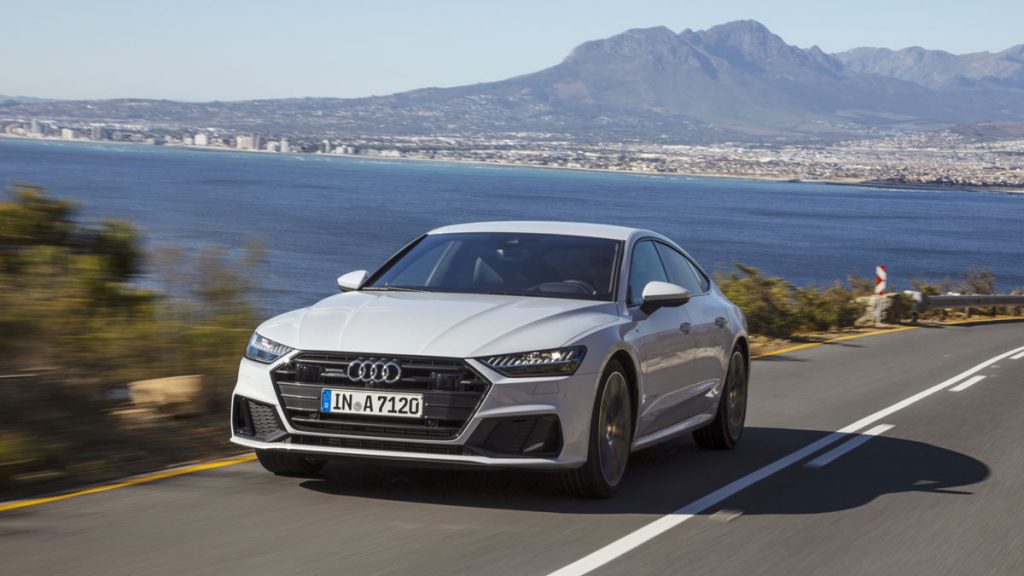 Audi will have one of its busiest years in recent times. With a slew of new and updated models from across its product portfolio earmarked to arrive on Mzansi shores during 2020, buyers are, indeed, spoilt for choice. One such vehicle is the A7 Sportback that Driven tested over the holidays.

Audi’s second-generation A7 Sportback takes over the baton from the previous generation which, for all intents and purposes, was the marque’s first stab at the four-door coupe genre and aimed at netting an altogether unique audience to that of the conventional A6. Niche it may have been, but the original A7 Sportback proved to be a rather practical expression of a sloping roofed saloon-cum- hatchback as it offered generous boot and passenger space. It was also penned with a great level of creative strokes from the designers – save for the slightly droopy rear-end – and commanded one of the brand’s most unique model adage at the time.

TIMES ARE A CHANGING

The new-from-the-ground-up A7 Sportback is the first advocate in the brand’s local saloon line-up to bring the company’s new corporate face ahead of its A6 and A8 siblings, the former’s local debut now imminent. Sporting a new rhombus grille, a much wider front façade and a more sculptured bonnet – the new A7 is quite the looker and garnered positive nods.

And the rear with its new LED taillights replete with the connecting light strip is a far cry from the previous generation and gives the model a more cohesive and congruent design disposition. Our tester came with the optional Matrix LED with Laser headlights (R19,300) that work an absolute boon under the night sky with an almost 180-degree lighting radius in high-beam mode. It also featured a Black styling package option (R10,450) that comprises of a gloss black-trimmed grille, front and rear valance, and a side-window trimming, which creates a welcome exterior contrast.

These include the sporty exterior S Line Package (R31,350) that counts items such as the sportier front bumper with cooling air vents, wider side sills, and 20” alloy wheels as standard, but you can opt for the 21” option Audi Sport wheel that is finished in titanium (R21,000) and truly gives the A7 an even more assertive stance.

The adaptive air suspension comes highly recommended at R34,900, which endows the model with one of the most comfortable ride qualities I have ever experienced in recent years – more on that a bit later, though.

Cabin appointments remain of a high standard and features the new architecture we recently experienced in the flagship Q8, which brings a dual touchscreen interface for the infotainment and climate control, therefore minimising the number of buttons available. It is an intuitive system with haptic buttons that confirm inputs and are a cinch to operate even while on the move. The sumptuous S sports seats (R28,350), which are electrically operated, heated and cooled for further convenience – have a great scope for adjustment relative to the steering wheel.

Despite a sloping roofline, the A7 is a well-packaged vehicle with exemplary legroom, while the boot space at 535 litres in standard guise manages to cram in anything this side of a kitchen sink and then some. Of course, you can further increase the capacity to 1,390 litres by folding the rear seats down, which is particularly cavernous should you require extra space to cart cumbersome items.

Beating under our A7 Sportback’s bonnet is the 3.0-litre V6 that pushes out 250 kW and 500 Nm through a dual-clutch automatic gearbox and quattro all-wheel drive. With such a smooth demeanour, I was pleasantly surprised by the depth of usability in this application as opposed to the Q8 we drove a while back. A pleasure on the open road, we nosed the vehicle towards Polokwane one early morning to attend a family funeral and it was here that the A7’s crown jewel truly sparkled.

The aforementioned air suspension offered one of the smoothest ride qualities I’ve experienced yet in a vehicle in this segment. It simply wafts in a manner befitting a high-end luxury saloon, soaking up road imperfections with the greatest aplomb all the while keeping the body control level enough to eliminate any would-be nauseating motions.

The engine proved to be a thrifty sipper, returning a commendable 7.4-litres per 100km on that trip, while urban exploits saw us hovering at the 10-litres per 100 km mark, which is still respectable for this capacity engine.

Thanks also to the dynamic all-wheel-steer (R33,050), which sees the rear wheels turn in the direction of the front wheels at low speeds, and opposite at higher speeds, the A7 is exceptionally easy to manoeuvre in tight parking spaces. The 360-degree camera also ensures a clear visual of your surroundings while parking – with the HD rear parking camera a notable feature.

Having been a fan of the first generation A7 Sportback, you can imagine, how I would have high expectations of the latest model. And to my pleasant surprise, the new model delivered on all fronts and then some. It manages to meld coupe styling, sedan levels of comfort and practicality with very little drawbacks. Yes, the BMW 8 Series Gran Coupe is a worthy competitor, but it seems to lean more towards the sporty side of the spectrum, which is great if you are into that sort of thing. For me, however, the A7 Sportback is decidedly ahead of the pack and my choice advocate in the segment. 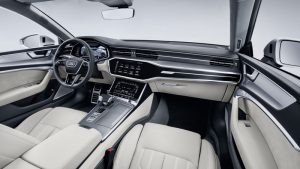 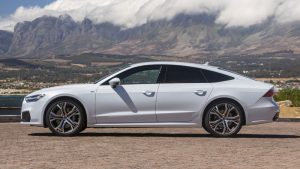 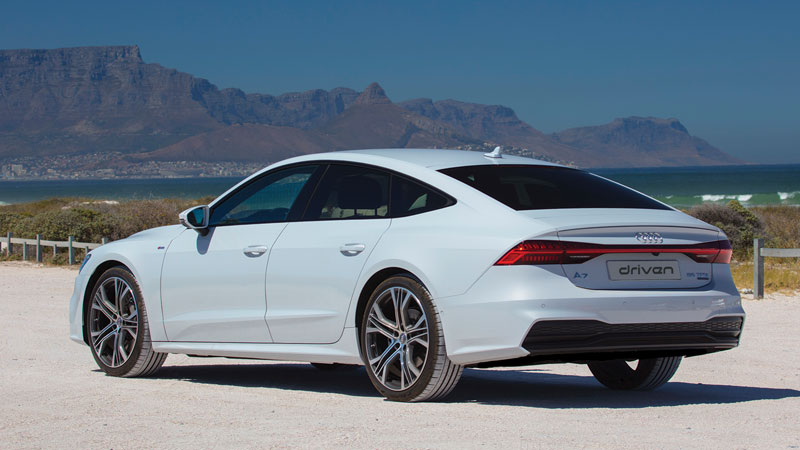