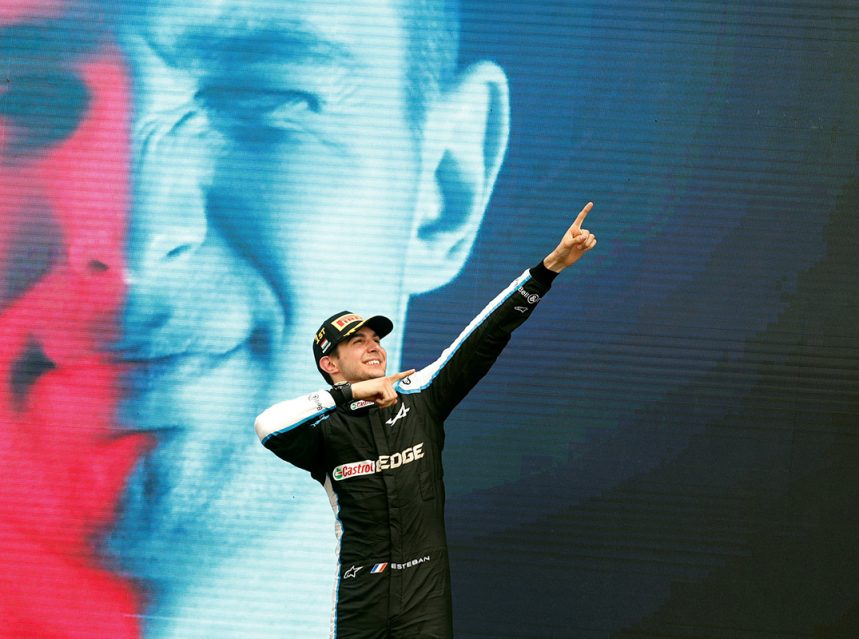 Years ago, in 1996, I accepted an invitation to a Chris de Burgh concert, which for some unknown reason was scheduled for a Sunday afternoon, smack bang at the same time as the Monaco Grand Prix. Fortunately, Chris de Burgh turned out to be a Formula 1 fan himself, and thanks to a television set backstage, he kept us informed throughout the concert as the race unfolded on the rain drenched streets of Monaco. “Hill passed Schumacher for the lead,”… “Schumacher crashed out,”… “Hill is out with a blown engine,”… echoed the consistent updates from the lyricist with the soft voice. And then finally, at the end of the race: “Olivier Panis has won the Monaco Grand Prix. Who the f#çk is Panis?”

That was the most hilarious, yet honest response I have ever heard following a Grand Prix, and perhaps a more suitable response to Esteban Ocon’s equally unexpected victory in the Hungarian Grand Prix last month, where rain and carnage played a similar role.

Ocon was the consequential beneficiary of the first lap drama in Hungary, picking up six places after the start, when Valtteri Botas suffered wheelspin in the heavy rain at the race start, losing position to the cars behind him on entry to the first corner, and then making a rookie mistake as he ran into the back of Lando Norris’ McLaren entering the second corner. Botas’ moment of brain fade sparked a multi-car accident that wiped out six cars, including his own, and ruined the day for championship leader, Max Verstappen.

Ocon then took the lead following Lewis Hamilton’s decision to stay on intermediate tyres on a drying track after the red flag restart. When Hamilton later switched to fresh medium tyres, he swiftly made his way towards the front, easily passing the slower cars that remained in the race, until he found himself floundering at the rear of a determined Fernando Alonso, Ocon’s teammate in the other Alpine. It took Hamilton ten laps to pass the Spaniard, and by then it was too late for the Mercedes driver to challenge Sebastian Vettel for second place, let alone Ocon for the lead. Vettel was later disqualified for not having enough petrol in his car to provide a suitable petrol sample, which promoted Hamilton to second.

Max Verstappen, in his seriously damaged Red Bull, recovered from last to ninth position to salvage two points from the race, but not enough to keep Lewis Hamilton from taking a 6-point lead in the Drivers’ Championship with Hamilton on 192 points and Verstappen on 186. Thanks to the carnage caused by Mercedes-AMG driver Valtteri Botas, who wiped out both Red Bulls, Mercedes-AMG, on 300 points, also took a 10 point lead over Red Bull in the Constructors’ Championship.

This victory was Ocon’s first in single-seater racing since he last achieved victory in the 2015 GP3 Series. He is also the first French driver to win a Grand Prix with a French car and French engine since Alain Prost’s last victory for Renault in 1983. Alpine teammate Fernando Alonso also won his first Formula 1 race in Hungary in 2003, also driving a Renault (Alpine is the performance brand of Renault). After his shock victory, the 24-year-old Esteban José Jean-Pierre Ocon-Khelfane thanked his 40-year-old Spanish teammate for his magnificent display of defensive driving at the Hungaroring, crediting the two-time World Champion for helping him to win his first car race of any kind since 2015.

Max Verstappen was declared the winner of a Belgian Grand Prix that lasted less than three laps behind the safety car, making it the shortest race in Formula 1 history. With heavy rain preventing any competitive racing at the Circuit de Spa-Francorchamps, the Dutchman was awarded the victory after qualifying in pole position, with George Russel second for Williams, and Lewis Hamilton third for Mercedes-AMG.

Since less than 75% of the race was completed, only half the points were awarded, with Verstappen gaining 12.5 points for the victory, placing him just three points behind Lewis Hamilton (202.5 points) in the Drivers’ Championship standings, and Red Bull now just 7 points behind Mercedes-AMG (310 points) in the Constructors’ Championship standings.

Perhaps the only positive takeaway from the washout at Spa was George Russel’s magnificent drive to qualify second behind Verstappen and ahead of Lewis Hamilton on a wet and slippery track. With Russel rumored to be heading to Mercedes-AMG next year, that was nothing short of a shot across the bow of his English compatriot. Russel is an exceptionally gifted young talent, and if afforded the opportunity to race for Mercedes-AMG next year, he looks set to displace Hamilton as the fastest driver in a Mercedes-AMG, the fastest car on the Formula 1 grid for the last eight years.