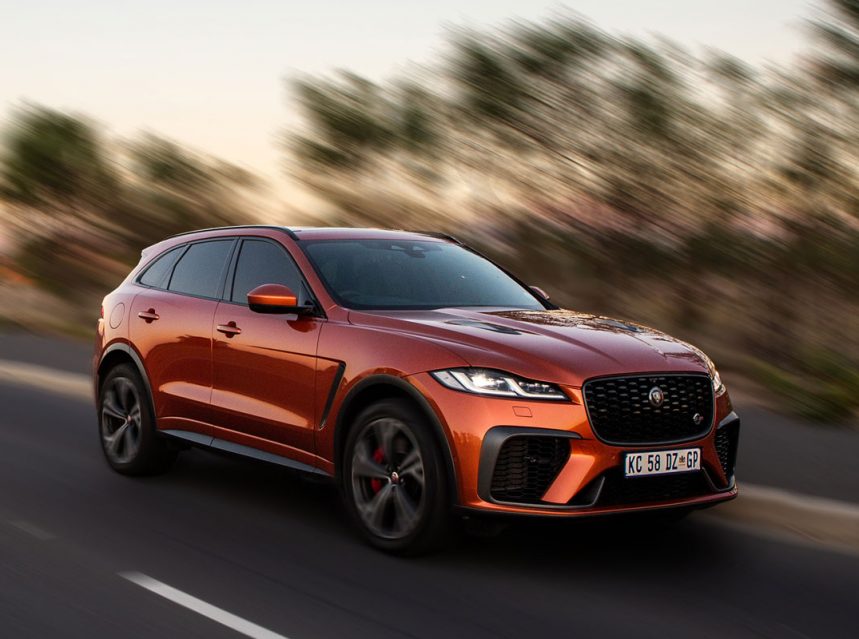 Much like the Grumman Wildcat fighter plane, used extensively by British forces in WW2, which was updated to the Mk VI specification later in the conflict, the SVR performance model in the updated Jaguar F-Pace range has been enhanced to make it faster, more dynamic and more refined.

The carrier-based Wildcat F4-F, called Martlet by the British, was the most widely used version of the single-seat fighter in the war (and interestingly also the first US-built plane to score a combat victory in British service), but later production switched to the improved FM-2 (Wildcat Mk VI) – informally known as the “Wilder Wildcat”.

The uprated “Wilder Wildcat” in Jaguar’s performance SUV range is now available locally. While it does not look all that different from its predecessor, it does have new SV-exclusive apertures to enhance airflow and aerodynamics and new vents for improved powertrain and brake cooling. These changes on the latest SVR have resulted in a 35% reduction in aerodynamic lift and drag from 0.37Cd to 0.36Cd.

The new Pivi Pro infotainment system with an 11.4″ HD curved glass touchscreen is intuitive to use. The new Drive Selector and the zinc-alloy shift paddles behind the SVR split-rim steering wheel add a nice touch. A stopwatch, G-Meter, and pedal graph help the driver monitor performance in Dynamic mode.

The slimline leather sports seats with diamond embroidery across the front and an embossed SVR logo on the headrests are comfortable and supportive – even while cornering at high speed – and the well-chosen material mix enhances the dynamic character of the cabin.

The reworked 5.0-litre V8 supercharged petrol engine in the updated SVR, burbling at rest but loud and raucous when provoked, still produces 405 kW, but its torque has increased by 20 Nm to 700 Nm. The powertrain now features the same torque converter as used in the Jaguar XE SV Project 8 super sedan to withstand the higher loads produced.

The V8 is paired with a rapid-shifting eight-speed auto transmission, which is seamless in auto mode but harsher when changing manually – probably due to the new Dynamic Launch feature ensuring better driveline inertia to maintain power to the wheels during gear changes.

All this, as well as the standard all-wheel-drive system with Intelligent Driveline Dynamics, contributes to the SVR’s sharper acceleration from standstill – improving the wildcat’s 0-100 km/h time to 4.0 seconds, three-tenths of a second faster than before, and a top speed of 286 km/h.

Due to modifications of the adaptive damping and revised chassis bushes, it is still purely a smooth road operator, as its ride can become quite harsh over more undulated surfaces, and even more so in Dynamic mode.

As before, Configurable Dynamics enable you to set up the SVR to your personal preference, including steering assistance – now enhanced with a new electronic power-assistance system that makes it better weighted. For a relatively big vehicle, the SVR feels quite nimble and balanced in the sweeps.

The F-Pace SVR is still, on average, about 40 kg heavier than the Porsche Macan GTS, Alfa Romeo Stelvio Quadrifoglio, Mercedes-AMG GLC 63 S and BMW X3 M, and this results in some extra body roll when cornering. However, its brake feel has been improved, thanks to a recalibration of the system.

At over R2 million (including configurable options of R161,900, CO2 tax and a standard five-year/100,000 km Jaguar Care Plan and warranty), the SVR is pricey compared to its competitors. Yes, it is roomier with more luggage space than its competitors, and its ride quality and performance have been improved.

The sound of that V8 and its menacing looks also add to its overall appeal, but whether it is enough to make the Wilder Wildcat worth the premium will depend on personal taste.