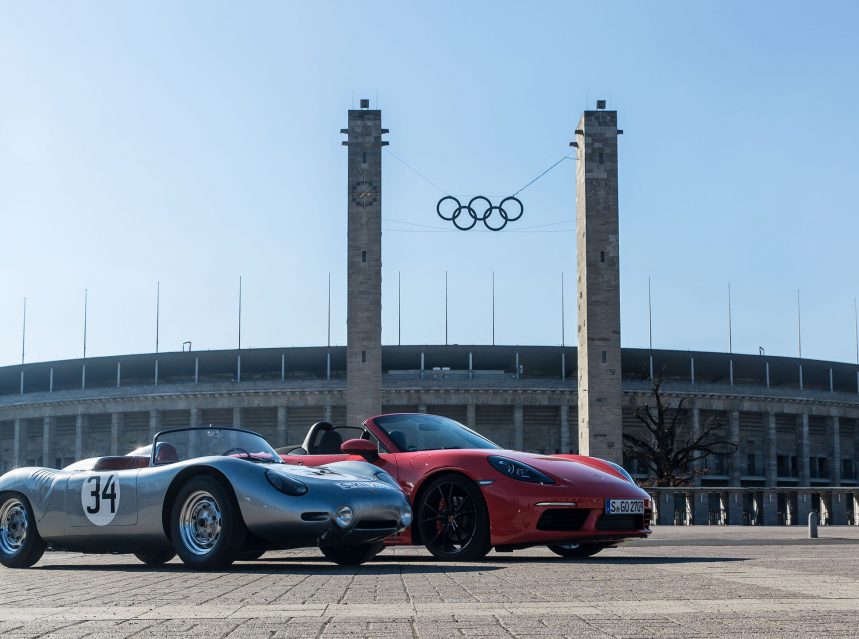 Porsche is celebrating its 70th anniversary on 8 June this year, as this is the date on which the first Porsche, 356/1, made its maiden voyage after it was registered in the state of Carinthia in Austria.

While it is not clear when the first Porsche road car landed in South Africa, the first race car, a 550A RS Spyder, was imported by Ian Fraser-Jones, or Frones as he was known, sixty years ago in early 1958.

After some successful outings in the erstwhile Rhodesia, Mozambique and at the Roy Hesketh circuit in Pietermaritzburg, Fraser-Jones entered for the inaugural South African nine-hour race to be held at the Grand Central circuit in Johannesburg in November – not with the RS Spyder, but with a 356 Speedster running a four-cam Carrera engine.

Such was the pace of Frones and teammate Tony Fergusson in their Porsche Speedster, that at the six-hour mark they were leading by four laps and when the chequered flag dropped, they had covered 902.468 km – winning the race outright and finishing second in the Index of Performance.

The next year Fraser-Jones and Fergusson competed in nine-hours again – this time in the RS Spyder – and they finished fourth overall, also winning their class. Shortly after that, Fraser-Jones sold the Spyder to Dawie Gous, and in October of that year, Gous and John Love won the final Grand Central nine-hour in the Porsche.

The pair again teamed up for the 1961 event, the first one to be held on the new Kyalami circuit, and they won again, covering a distance of 1,082.509 km – and giving the marque the first of many 9-hour victories at the track that now belongs to Porsche South Africa.

Gous then sold the Porsche RS and bought Hermann Muller’s 1963 European Hillclimb Championship-winning Porsche 718 RS61, which he managed to import into South Africa as spares, Gous won the 1963 South African Sports Car Championship in that car.

Meanwhile, Gous sold the RS Spyder, and in 1963 new owner, Peter Engelbrecht was killed in an accident with the car at Kyalami. The 550A Spyder #140 was sold on to Laddie Chester, and in 1966 his stepson, 21-year-old Paul Richards, was killed when he crashed in his first race with the car. Legend has it that his step-dad was so upset by this that he buried the car.