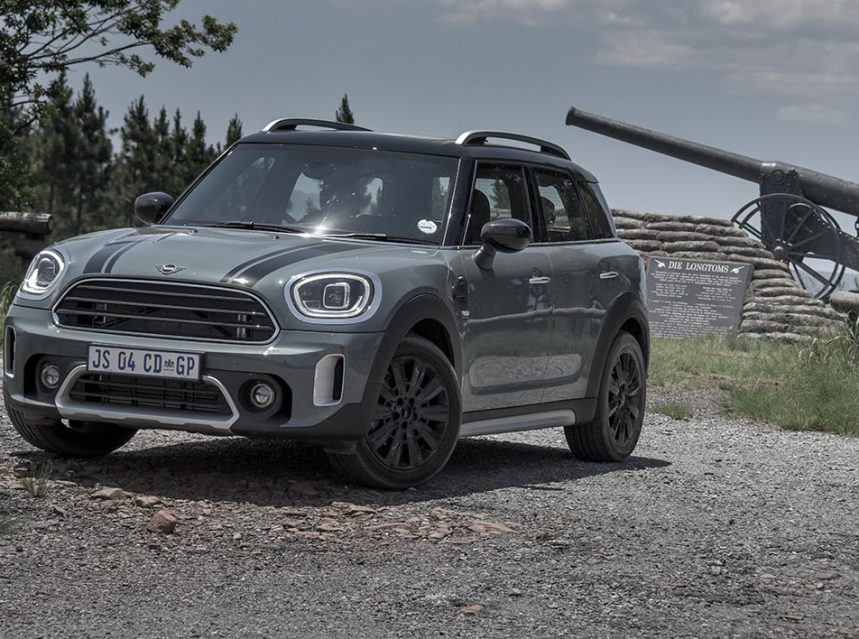 Sixty years ago, an estate version was introduced of the original Mini, known as the Morris Mini Traveller and the Austin Seven Countryman. Now, the latest facelifted Countryman is here, locally introduced with an eventful road trip on the Panorama Route.

The latest update of the second generation F60 Mini Countryman follows ten years after the reveal of the maxi Mini – the first modern model with an exterior length of more than 4 m, four doors, a large tailgate, five seats, and (optional) allwheeldrive.

While probably the most unminilike version of the cult classic to see the light, the Countryman has laid the foundations for the highly successful advance by the brand into the premium compact segment, and now it accounts for nearly 30% of new Mini registrations worldwide.

To properly introduce its latest model derivative available locally, Mini invited us for a road trip from the BMW xDrive Park in Midrand to the Makalali Private Game Reserve in Mpumalanga to experience the updated Cooper Countryman and Cooper S Countryman models.

Inside, it features a new digital cockpit display with a 5” screen, a new central instrument cluster (with Piano Black High Gloss design as optional), a sports leather steering wheel, a new range of leather trims and interior surfaces, plus Mini Connected with new functions. In typical Mini fashion, the range of body finishes make all kinds of possibilities for individualisation possible.

This includes two new colours – White Silver metallic and Sage Green metallic – the latter being a favourite of most of us on the launch. The roof and mirror caps can also be finished in black as an alternative to the body colour. The two variants available immediately are both powered by TwinPower Turbo petrol engines carried over from the current models.

The Cooper Countryman is outfitted with a three-cylinder 1.5litre unit delivering 100 kW and 220 Nm of torque, with the Cooper S version utilising a fourcylinder 2.0litre mill, now providing a healthy 141 kW and 280 Nm of torque. For the first leg of our journey we selected the more powerful Sversion.

The route followed the N4 highway towards Nelspruit (Mbombela) before diverting onto the R540 towards Belfast, Dullstroom, and Lydenburg (Mashishing). On the highway, the Cooper S Countryman was the perfect trip companion – comfortable, smooth, and easily capable of gliding past slower traffic.

However, its impeccable English private schoolboy behaviour on the smooth tarmac turned notably nasty on the rippled asphalt of the R37. Expectedly, the Mini handled the copious, concise curves of Long Tom Pass with aplomb but its ride quality was uncomfortably hard, mostly due to the lack of rebound from its hard-sprung suspension.

It became even worse on the potholed R532, and the combination of too firm suspension and wide, low-profile Hankook tyres on the rutted surfaces led to a series of punctures for the Mini convoy. Luckily, there were plenty of spares but the constant lookout for possible tyreslaying crevasses marred the journey.

The route took us through picturesque Sabie and Graskop and past the Blyde River Canyon before joining the R36 leading towards Gravelotte and Tzaneen. Here we negotiated a short stretch of dirt road, and again the firm ride of the Cooper S Countryman proved unpleasant.

After a long day on the road we were warmly welcomed to the Greater Makalali Private Game Reserve, one of the major privately owned conservation areas in the country, and after relaxing with sundowners in the bush we made our way to the exclusive main lodge next to the Makhutswi River.

Makalali, which means “Place of Rest” in Shangaan, was an old cattle farm when bought in the early nineties. It was then turned into a 22,000 ha conservancy and, spearheaded by the Makalali Land and Wildlife Trust, the reserve is actively involved in trying to reestablish the traditional wildlife migration routes linking the Kruger National Park to the Drakensburg Mountains.

We were treated to a spectacular show of traditional dancing around the huge campfire and scrumptious dishes from the braai, and after what seemed like an endless stream of nightcaps, we (eventually) retired to our cosy rooms. A languid breakfast the next morning prepared us for the return trip in the less powerful Cooper Countryman.

With its narrower tyres and more pliable suspension, the Cooper was the more comfortable model, and it also felt more balanced and less discordant than its Sdesignated sibling – and while we concluded our Countryman caper on a space-saver tyre (yes, we also had our share of punctures), we still preferred the normal Cooper to the Smodel.