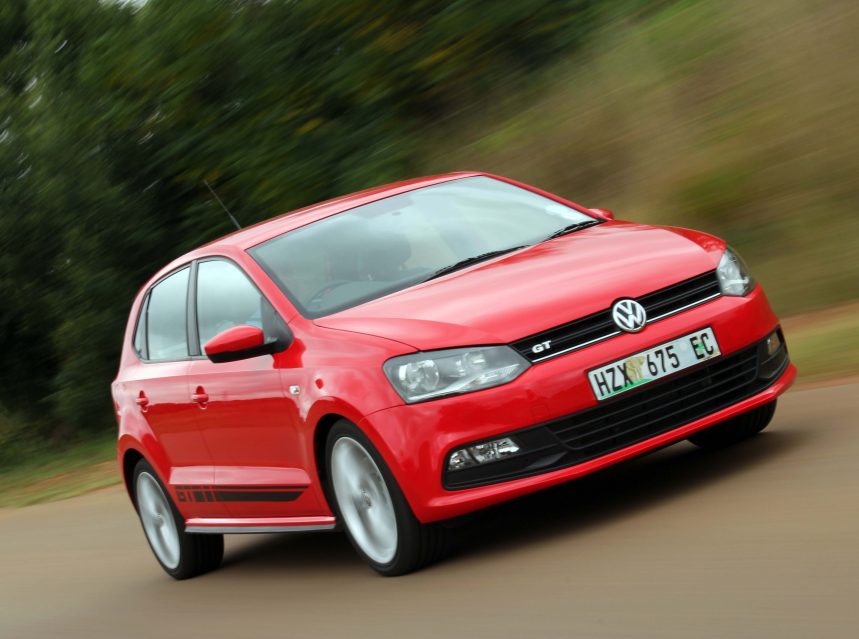 It has been some time coming, but the new Volkswagen Polo Vivo is finally here. Deon van der Walt tested it in its range-topping GT guise to see if it retains some of that sparkle that made it such a hit with the motoring public.

Since the Vivo was first launched in 2010, it has raked in nearly 200,000 sales. Just in February of this year, Naamsa figures indicated that Volkswagen has sold more than 2,000 units carrying a Vivo badge.

So, what makes this such a ‘people’s car’? Is it maybe the looks? No, there are prettier cars on the road than the Vivo. What about that legendary Volkswagen reliability you might ask… Well, while that might sway some people’s chequebooks in the direction of a Volkswagen dealer, that is not the reason.

See, the Vivo is famed for one thing: for relatively little money, you can buy quite a lot of car. This price-cut is made possible by offering potential buyers what is essentially a stripped-down version of the original Polo, and let’s not forget, it’s also locally built, so you get to save on all that import taxation business.

The result is a car that at first glance, looks a lot like a standard version of the outgoing Polo. Pay closer attention, however, and you realise some niceties are lacking. For instance; the chrome surrounds hugging the fog-lights are missing, or a cover here and a piece of fabric there – all in the name of money saving.

IF NO CHROME(Y) BITS, WHAT THEN?

We don’t really care about the shiny bits and random pieces of cloth that isn’t present. See, the GT model is the first Polo to wear the affordability badge, while also happening to be unapologetically sporty.

If the shocking red coat of paint and go-faster stripes on the side is not enough, the GT sports a roof spoiler and 17-inch ‘Mirabeau’ rims with only a thin strip of rubber clinging to the road. Admittedly, looking at each of these individually doesn’t inspire shock and awe – well, it’s not exactly anything new – but look at it as a package and it’s hard to believe that it has Vivo slapped on the back.

IS IT STILL VW ON THE INSIDE?

Apart from the optional leather body-hugging seats fitted to our test vehicle, stepping inside the GT feels as conservative and logical as you’d expect from any Volkswagen. It’s by no means boring, but it’s also not particularly exciting, especially when you consider the contrasting exterior design.
The sportiest features you’ll find on the inside of the cabin is the gear-gaiter and handbrake lever, both finished in blue stitching; it’s very hot-hatch-like, and doesn’t make a whole lot of sense, especially when you consider the GT is as red as an angry sunset.

Then, of course, there’s the multi-function steering wheel with its piano-black inserts, which appears to have come from the Golf GTI. And that’s about the only German sense of humour you will find on the inside. The rest of the interior is very much refined and down to business.

The sound insulation, for example, is on par with luxury cars in echelons beyond the reach of the Vivo. You’d be hard-pressed to guess that there’s only a three-pot 1.0-litre engine living under the bonnet since none of the usual rattle and clatter sounds associated with these tiny engines are present. In fact, it’s easy to forget that there even is an engine bolted to the chassis!

Then there’s the interior layout that screams maximum efficiency. The GT comes standard with Volkswagen’s touchscreen infotainment system that lives inside the slightly spruced up facia. While it’s far from the most sophisticated system we have ever come across, its function is seamless.

You can also flick between different bits of driving information on the trip computer with a simple press of a button on the steering wheel. The cruise control though, as is the case with other Volkswagen’s, is located on the side of the indicator stalk, very ergonomic we’d say.

DOWN TO THE BUSINESS AT HAND

The GT is powered by a 1.0-litre three-cylinder engine, mated to a six-speed manual gearbox. It’s also not just some pokey engine since Volkswagen uses the same TSI powerplant to propel the more premium Polo and Golf ranges. This means that it can hold its own on the performance-front as it produces 81 kW at a high-revving 5,000 r/min, while its 200 Nm of torque is available from 2,000 r/min.

Compared to the standard Polo 1.0 TSI Trendline (R235,900) and the 1.0 TSI Highline (R286,200) derivatives, producing 70 kW and 85 kW respectively, we’d say the Vivo GT is looking like a very attractive proposition between affordability and sportiness.

Speaking of sportiness, the 999 cc turbo engine fitted to the GT also happens to be the torquiest engine of its kind fitted to a hatchback. While it should be reasonably quick in a sprint from standstill to 100km/h, we think this test holds little value in the real world – except maybe for bragging rights.

What we really do care about, is the Vivo’s overtaking ability. Thanks to its healthy torque reserve, the Vivo shines in this department with remarkable in-gear acceleration between 80-100km/h in fourth gear and 100-120 km/h in fifth gear. Its sixth gear is primarily designated for fuel economy when cruising at the national speed limit.

Unlike most modern cars, the relatively uncomplicated underpinnings of the GT ensure that it retains some driving characteristics that are untainted by overprotective electronic nannies. The sticky 17-inch wheels, for instance, ensures constant feedback between the road and the steering wheel. And while the steering gets a tick in its sporty box thanks to its directness towards small inputs, it means that constant corrections are necessary on the open road.

Its gearshifts too remind you that you are in control. Each shift between the cogs is met with a subtle mechanical clunk – just the way an athletic hatch should be.

Probably the biggest surprise the budget Polo has up its sleeve is its frugality. Travelling in stop-go traffic during peak-time, we managed to achieve an average fuel consumption of just 5.6-litres/100km, not far off from Volkswagen’s claimed 5.5-litres/100km in similar conditions.

IS IT THE BEST BUY?

It all depends on what you are looking for in a car. The Polo Vivo GT is priced and equipped to take on the likes of the Ford Fiesta 1.0 EcoBoost Trend and the Opel Corsa 1.0T Enjoy. On the price-front, there is some distinction between the trio as the Fiesta is priced at R245,900 while the Corsa will set you back R254,200.

In terms of safety, the GT has all the bells and whistles you could possibly need to keep you pointing in the right direction. There is, however, one aspect where you notice the characteristic cost cutting that usually goes hand-in-hand with the Vivo badge – airbags.

The Vivo GT is only fitted with a driver and passenger airbag. Like the Vivo, the Ford also comes standard with two airbags, but an option to increase that to seven. The Opel, however, makes no compromises in this department as six airbags are fitted as standard.

At first glance, the sticker price of R245,000 for the Vivo GT seems to be on the steep side of the pricing scales – this is especially true when you consider that it’s a Vivo trying to compete with the likes of a Fiesta and Corsa. In our opinion though, it takes the value-for-money fight right to the doorstep of its competitors.

Compared to its rivals, it doesn’t shine in any quantifiable departments, but as an overall package, it ticks the most boxes. In fact, it’s quite like the original Golf GTI – in a very roundabout way – and not just because it produces roughly the same power output.

In a market flushed with hatchbacks that bends Newton’s laws while crippling your bank account, Volkswagen has once again managed to give the people a fast hatchback without an accountant-killing price tag.