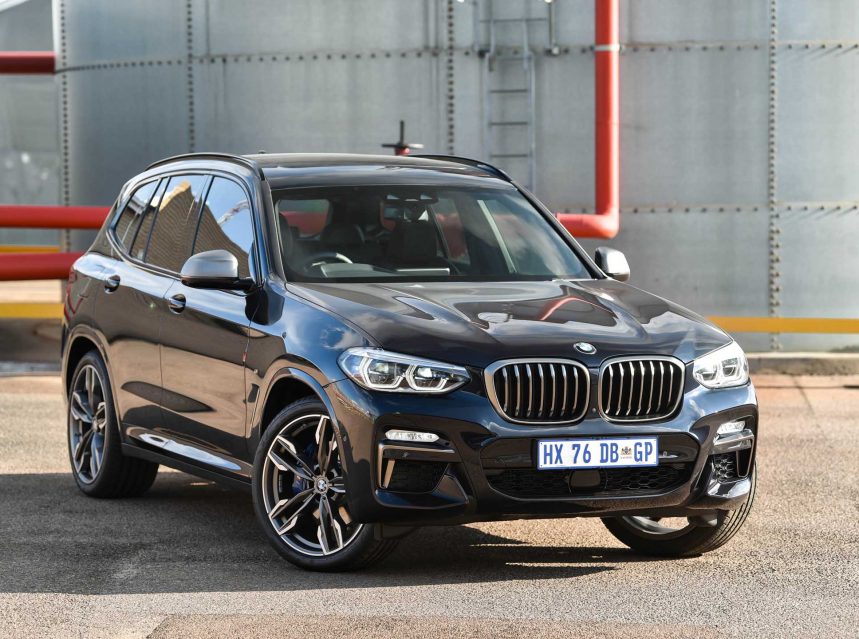 Many may decry the rise of the four-door SUV coupé as a gimmick, but there’s no denying that it is a fast-growing sub-segment for buyers who want sportier looks from their sporty utilities. Bernie Hellberg Jr compared BMW’s sportiest mid-size SUVs in both X3 and X4 guise.

When the first SUV coupés began rearing their not so pretty rear ends, I thought (hoped) at the time, that it was a design fad that would come, and go, and leave us to grow to love what was then still a fairly new motoring genre: the SUV. It wasn’t meant to be, and in hindsight, I’m glad that some manufacturers have pushed through with their coupé plans.

Four years since BMW launched the first-generation X4 in South Africa, the Munich-based carmaker introduced its next-gen X4 and honestly, I must admit that the design has matured beautifully over the years.

As parent (and DNA donor) to the X4, BMW’s X3 has come an equally long way since the brand’s awkward first attempt broke cover in 2003. Now built at BMW’s Rosslyn plant – exclusively for right-hand-drive markets across the globe – the X3 has cemented its place as a staple of the mid-range luxury SUV segment in South Africa.

Together, the X3 and X4 make a formidable duo that, with the right engine, promises buyers an unmatched driving experience.

TOP OF THE CHARTS 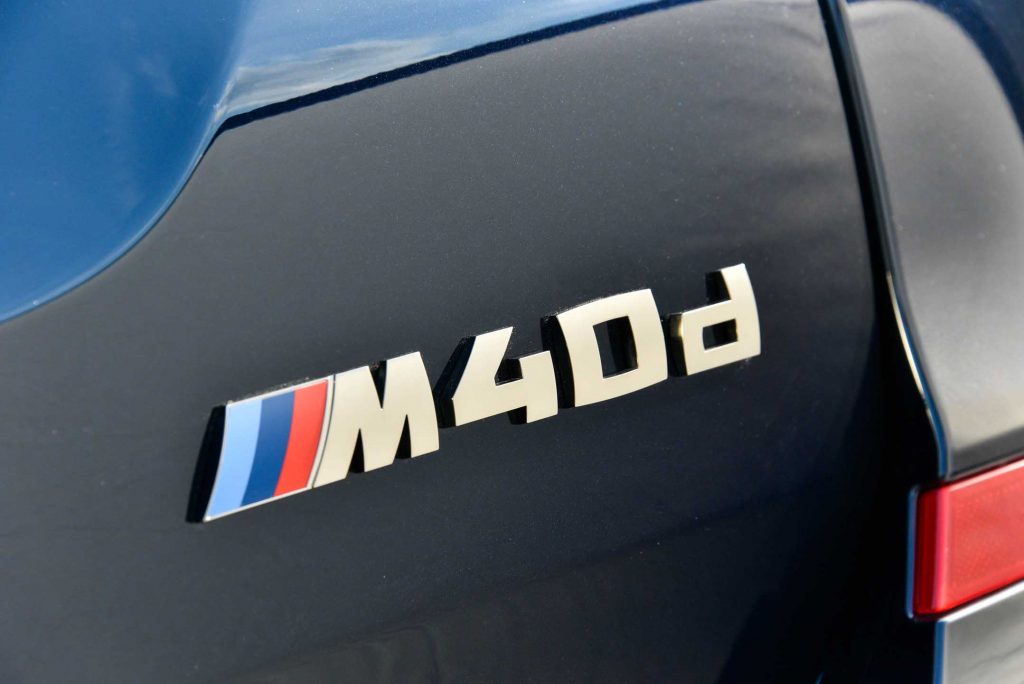 What, exactly, the ‘right’ engine would be for a pair such as the X3 and X4 would, in most cases, likely come down to a question of affordability. The entry to the X3 line-up is the sDrive 18d (R651,404), while the X4 joins the range with the xDrive 20d (R 846,542).
BMW kindly made two model variants at the opposite ends of the scale available for the purposes of this test, both kitted out with the marque’s range-topping 3.0-litre in-line six-cylinder turbodiesels.

Now, when it comes to engines, I’m a six-cylinder man, and having tested a series of BMW’s latest oil-burning and petrol engines recently, the verdict is still in favour of this six-potter – which also finds its way into the 30d versions of the X3 and X4.

Six-cylinder power delivery is always purposeful yet smooth, with significantly more of the good stuff than a four-cylinder can muster. Of course, this comes at a price, and our test subjects pay dearly for it with a claimed 6.8-l/100 km in the combined cycle.

Realistically, though, expect to see figures in the mid sevens to early eights if you, like me, have a heavy foot.

With 240 kW on tap, and the engine eagerly twisting 680 Nm of torque, even the most gingerly driver will be tempted to unleash the beast every so often. It simply is a matter of time before you will want to test BMW’s claimed 4.9-second zero to 100 km/h sprint time.
And who could blame you?

With xDrive grip in play, and the M40d’s 8-speed ZF gearbox manning the guns, the acceleration exercise can teach The Incredible Hulk a thing or two about anger management.

Yet, as chest-thumpingly quick as the 40ds are during launch, cruising at highway speeds is satisfyingly serene, the 40d is happy to cruise at 130 km/h at around the 1,750-rev mark. 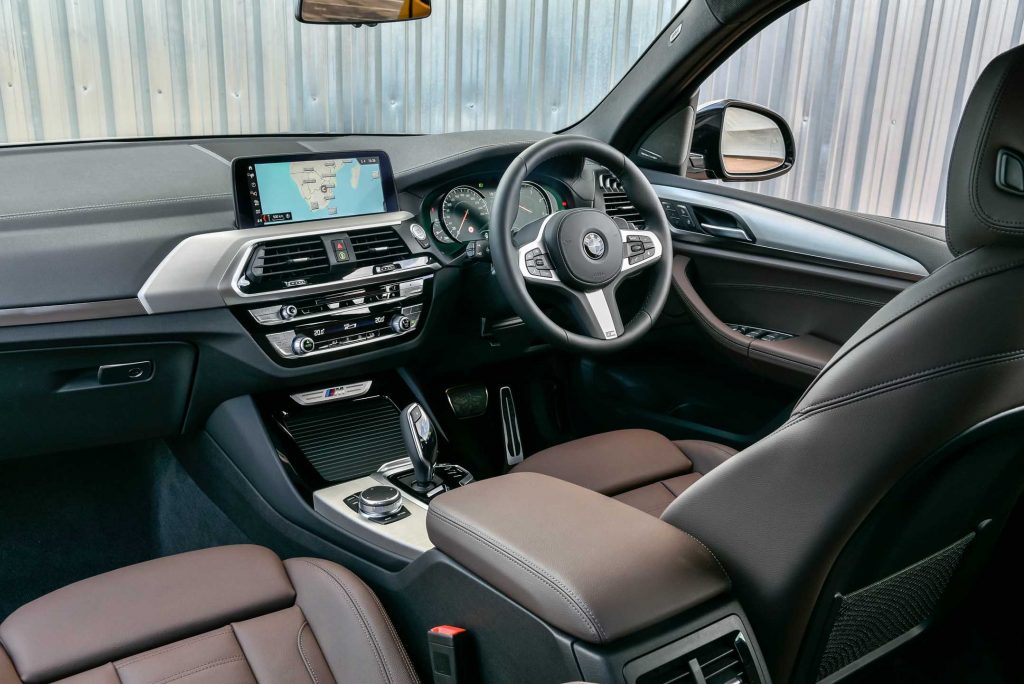 Cabin appointments at this level are as luxurious as any top BMW should be, with numerous active and passive safety systems as standard: including multiple airbags, ABS, EBD, stability control, traction control and more.

BMW truly is at the top of its cabin design and ergonomics game. Audi may (still) have the upper hand among the three main German brands, but the Xs are smartly appointed, handsomely tailored, and beautifully quiet even at highway speeds. 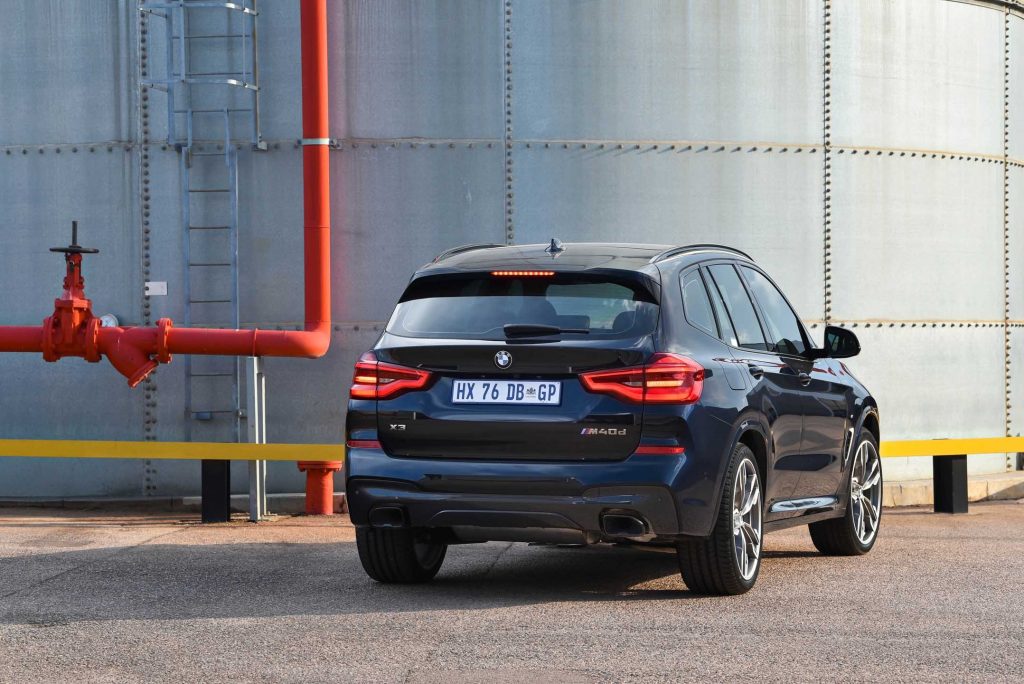 For obvious reasons, the most significant difference between the X3 40d and its coupé sibling comes into play inside the cabin, where the X3 is the better choice if rear headroom, load carrying capacity, and payload dimensions are a buying consideration.
Despite my initial misgivings about the original X4 and its ilk, I really like the design this time around, If looks were my only selection criteria, the X4 would have me leaning towards its rear-sloping roofline and sharper overall design. 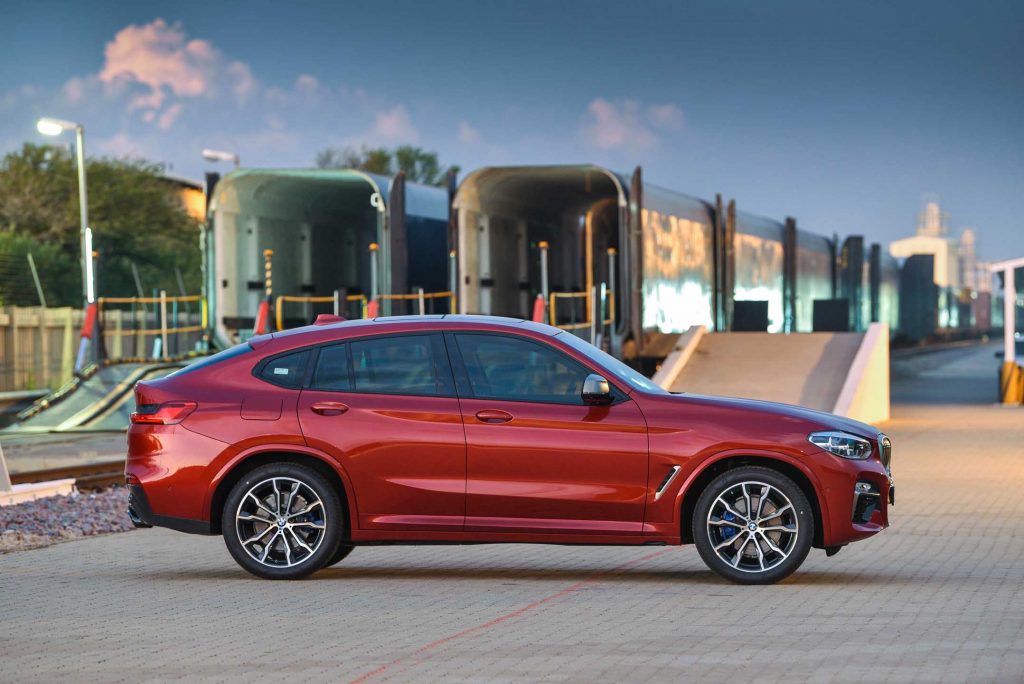 One of the few gripes I have with the X4, and to a lesser extent also with the X3, is the over-firm ride quality.

Blame BMW’s tendency to habitually err on the side of rigidity, or blame the standard-spec run-flat tyres; either way, the combination can be bruising on poor road surfaces. Adaptive suspension is a must if you’re not content with either of the cars’ standard 245/45 R20 tyres up-front (275/40 R20 at the rear), and aim to splurge on even lower 245/40 R21 options at the front, and 275/35 R21s behind you. The larger rims may look smashing, but the minor improvement in general handling characteristics that you may experience is not worth the sacrifice in comfort.

Being cut from the same cloth means that the X3 40d and sexier X4 40d are much alike for all the right (and some of the wrong) reasons, and choosing between these two power behemoths won’t come down to any of their shared underlying qualities. If it had to come down to a battle of wills, my head would win over my heart, and I’d opt for the more spacious X3, in part because of its proudly local heritage.