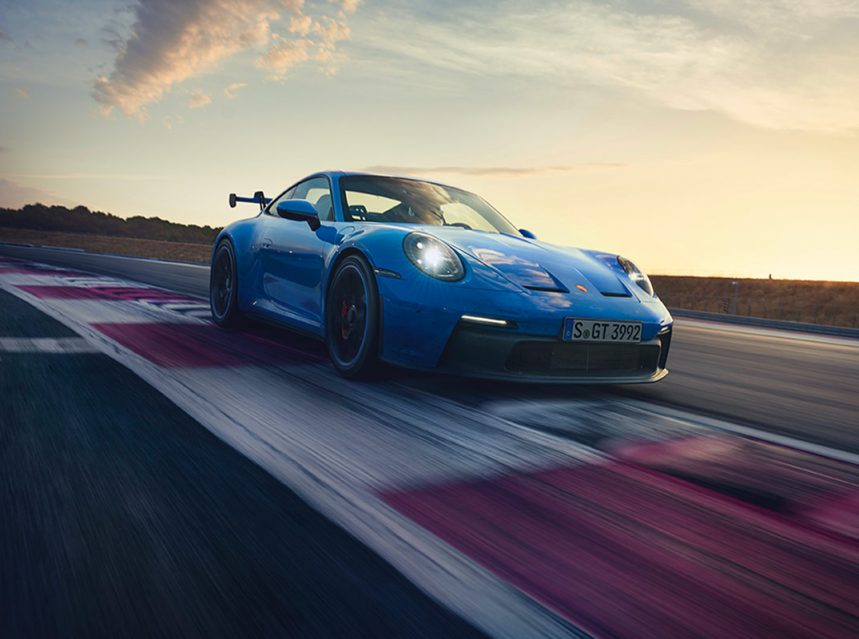 Following the 992 GT3 Cup’s unveiling in December last year, Porsche has now unleashed the seventh edition of its high-performance 911 GT3, the fastest, most advanced version ever – tried and tested in endurance racing and developed in close collaboration with Porsche Motorsport.

It also uses a double-wishbone front axle layout and sophisticated aerodynamics with a swan neck rear wing and a striking diffuser, originating from the GT race car 911 RSR. The result? A state-of-the-art sports car, perfect for the track and suitable for everyday use.

With Porsche Doppelkupplung (PDK) transmission, the new GT3 is even faster than the previous 911 GT3 RS – with a top speed of 318 km/h. Plus, it accelerates from standstill to 100 km/h in a blistering 3.4 seconds. And for purists, the good news is that the new model is also offered with a six-speed manual transmission.

Despite a wider body, larger wheels, and additional technical features, the mass of the new GT3 is on a par with its predecessor. The manual gearbox model weighs in at 1,418 kg, while the PDK version is slightly heavier at 1,435 kg (compared to the largely aluminium-bodied GT3 Cup race car weighing around 1,260 kg).

Other lightweight components include the carbon fibre-reinforced plastic (CFRP) front bonnet, light glass windows, light-alloy wheels and a sports exhaust system which reduces the weight by a full 10 kg. According to Zuffenhausen, the combined consumption of the 911 GT3 with PDK transmission is 12.4 l/100 km.

Inside, the cockpit has a new track screen which can reduce the digital displays on either side of the rev counter to just the essential information needed for track driving, such as tyre and oil pressure, fuel level and water temperature. It also includes a visual shift assistant and motorsport-derived shift light.

In Performance drive mode, the manually set wing and diffuser elements increase the aerodynamic pressure for high cornering speeds. During final testing before it was released, the new GT3 lapped the Nürburgring Nordschleife over 17 seconds quicker than its predecessor, with development driver Lars Kern achieving a sub-7 minute time (6:59.927) for a full 20.8 km lap.

As exclusive as the GT3 itself is, the individual timepiece Porsche Design offers exclusively to customers of the high-performance car. Its housing is made of robust, lightweight titanium, reflecting its motorsport genes, while the individual winding rotor is reminiscent of the wheels of the GT3, and the coloured dial ring can be customised in the exterior paint of the owner’s car.

The new 911 GT3 can now be ordered from your nearest Porsche Centre.