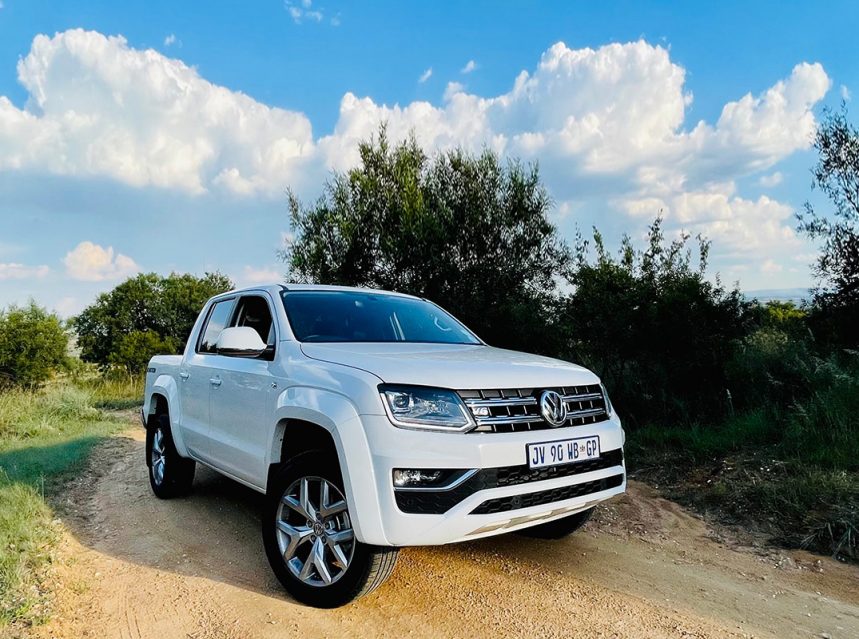 I don’t have too many fears, at least not irrational ones. The fears that I do have are also not of the debilitating kind, more an irritation than anything. At least, that is what I’ve been telling myself for years.

That explains why, when Volkswagen offered us a weekend drive with the 190 kW Amarok V6, complete with a stay at the recently refurbished Cradle of Humankind Boutique Hotel, plus an adventure activity of our choice, I didn’t hesitate to have my partner select said activity. After all, how terrifying could a bridge swing be?

T MINUS ONE DAY

Friday afternoons are for relaxing, right? Not if you’re behind the wheel of South Africa’s most powerful bakkie, I kept reminding myself, as I pointed the 190 kW Amarok V6 in the direction of Krugersdorp from Pretoria East. A Highveld thunderstorm had just swept across the landscape, leaving a sense of renewal in the air. In this part of the world, there are few things as enthralling as a late summer thunderstorm. In motoring terms, I’d liken it to the thrum of a powerful V6 motor, one that crafts a perfect balance between purpose and pleasure, power and refinement.

The Amarok V6 190 kW strikes just such a perfect balance. Tuned to be more than the most powerful bakkie currently out there, with interior inclusions offering ample comfort and functionality, Volkswagen’s answer to the premium pick-up segment has been a market leader in this respect for some time.

It is irrelevant that the Amarok is not the newest of its kind. On the contrary, adding more power to what was already a compelling product was a masterstroke from Volkswagen to ensure the Amarok’s continued popularity in the premium space, that is, until the much speculated-about new Amarok breaks cover in 2023.

Arriving at the Cradle Boutique Hotel, we had all but the red carpet rolled out by the establishment’s highly efficient and friendly staff. Recently renovated, the hotel is a hidden Magaliesberg gem that offers expansive views, and accommodation in stunning chalets that far exceed their official four-star grading in terms of comfort and exclusivity. We soon settled in for our weekend stay; an experience made all the more pleasant over a beautifully-crafted three-course meal and a bottle of Cabernet.

It was going to be a great weekend, I thought, as the prospect of our bridge-swing experience on Saturday morning loomed large…

WHAT COULD POSSIBLY GO WRONG?

As Saturday morning presented in spectacular hues of orange, pink and blue, we set off in the direction of Mogale City for what would turn out to be something of a liberating experience for me. Notoriously poor as several of Gauteng’s roads are, the meandering asphalt throughout the Cradle World Heritage area offers a handful of exciting opportunities to put a powerful machine through its paces – provided you take heed of to the many cyclists who use the area as a weekend training haven.

The Amarok is surprisingly nimble for a three-tonne behemoth – thanks to its 580 Nm of torque that’s available between 1,400 and 2,750 r/min, and a chassis tuned to handle the additional power. Not intended to be a corner-hugging sports car, the Amarok effortlessly holds its own in the bends, and the steering provides enough feedback to keep you engaged in the experience.

Frankly, even the Amarok’s sprightliness couldn’t sway my mind from our impending meeting with a bridge.

Set in suburban Krugersdorp, Bungee Mogale is at quite a distance from the parking area. What the website describes as 600 metres, turned out to be more along the lines of a 1,600-metre-hike. That may not sound far to most, but it translates into more than enough time to spend pondering your mortality.

There are three certainties in life: death, taxes, and being weighed (and having your shame recorded for posterity on your hand in permanent marker) before the good folk at Mogale Bungee strap you into a harness in preparation for the jump.

It is rather enlightening how many calculations occur spontaneously as you grapple with the opposing forces of body weight and the strength of the bungee cables, as the attendant on the platform proceeds with the countdown… 1, 2, 3, JUMP!

SURVIVAL OF THE FITTEST

Having been around for more than a decade, the Amarok has proven its resilience in the local market. First launched with a somewhat disappointing 2.0-litre turbo four-cylinder engine in 2010, uptake of this strange new beast from a carmaker who was, at the time, more famous for passenger cars such as the Kombi, Polo, and Golf.

As it has evolved, the Amarok has proven – through a blend of build quality as well as off- and on-road ability – that it deserves its sequence in the Volkswagen DNA as much as any other of their other products. It is well respected among its fans and market opponents alike, and has survived onslaught after onslaught from other premium bakkies over time. The most significant challenge coming from the now-defunct Mercedes-Benz X-Class. Granted that the Amarok may not be selling in Hilux or Ranger numbers, but for now, having loads of power, the widest and longest cabin on the market, and the largest load bay, is reason enough for the Amarok’s ongoing premium popularity.

Like-for-like, the Amarok double cab bakkie offers something distinctive in a segment that increasingly pays specific attention to style, status, and adventure. Although it has come a little late to the high-power party, the 190 kW V6 version demands to be taken seriously. “As serious as a heart attack” would have been my thoughts on the matter, had I been able to formulate a cohesive sentence as I took the plunge off that bridge in Mogale City. Yet, all I could muster at the time, though, was a primal “whoohoo!” that, I’m convinced, still echoes somewhere in that Krugersdorp ravine, and poignantly sums up the thrill of the 190 kW Amarok.