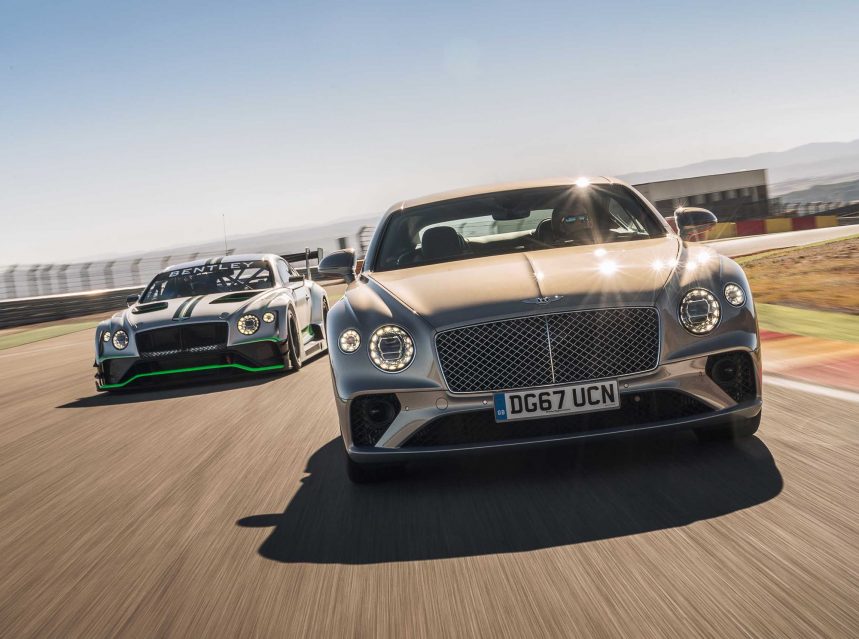 It’s that time again. The time when speed, exclusivity and just about any- and everything petrol-head rolls around again. It’s the Goodwood Festival of Speed, and this year Bentley will be among the manufacturers that will draw the brightest limelight with three of its super exclusive vehicles set to make an appearance.

One of them is its SUV offering, the Bentayga, that has also recently competed in the ‘Race to the Clouds’ at the Pikes Peak International Hillclimb in Colorado Springs, USA.

The 447 kW W12 SUV smashed the record for sports utility vehicles by navigating the 156-turn stretch in 10 minutes and 49.9 seconds. The Bentayga was piloted by Pikes Peak veteran, Rhys Millen who averaged 107 km/h throughout the 19.99 km series of curves.

It will, once again, be raced by Millen at the Goodwood Festival of Speed’s own version of the famed Hillclimb.

On the slightly more conventional (for Goodwood) front, Bentley will also lift the covers off of the newest iteration tourer to join the family. It will not only make its debut at the festival, but the Bentley Continental GT will also compete in the Brittish hill climb.

According to Bentley, the new model has been redesigned ‘from the ground up’ as it re-imagined the 21st Century curves of a GT. The British carmaker also stated the performance cruiser will be capable of a 3.6-second zero to 100 km/h time and will be capable of reaching a top speed of 333 km/h.

A racier version of the GT, named the Continental GT3 is also likely to wow crowds with its physics-defying performance at the hands of Guy Smith. The GT3 currently competes in the Blancpain GT Series Endurance Cup.

The Goodwood speed-fest is hosted annually at the Goodwood House in West Sussex, England. It was founded in 1996 and has since been one of the world’s most prestigious motoring events.