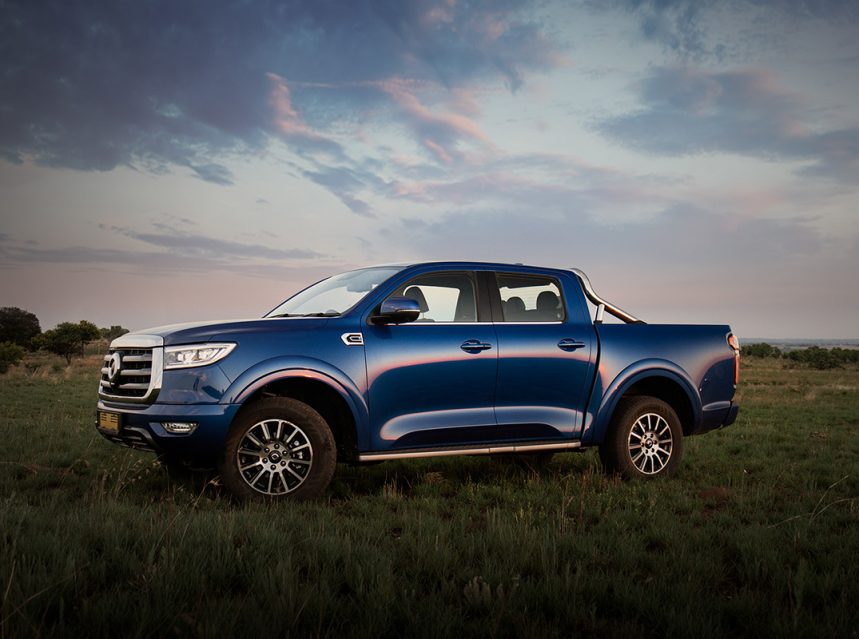 WE ALL LOVE SURPRISES |

Great Walls Motors (GWM) has established itself as a recognisable brand on the South African motoring landscape. As is the case (bar almost none) with newer automakers, the Chinese brand has mostly struggled to break into mainstream awareness (and sales), with quality, reliability, and safety concerns holding the carmaker back for some years. Now, however, the brand’s P Series bakkie seems to be doing for GWM what the Jimny did for Suzuki; winning over the hearts and minds of the buying public.

It’s a tale as old as the motoring industry itself. With a handful of exceptions, a new carmaker arrives on the scene with cheap products designed to get buyers into the brand at all costs. Sometimes this approach works – think Hyundai or Kia – and sometimes, it takes the brand a few tries before making headway on the sales charts. Even the once unknown and untrusted Toyota brand needed several years to grow into South Africa’s number one brand.

As with Japanese brands Toyota and Nissan in the 1960s, 1970s, and 1980s, and the South Korean brands Hyundai and Kia in the 2000s, many Chinese motorcar companies are distinguishing themselves with products that are fast elevating their brand cache in South Africa.

Of course, one of the most prominent is Great Wall Motors, which introduced the brand new P Series (known elsewhere as the POER) to South Africa in late 2020.

WELL, HERE WE ARE

Like several other motoring journalists, I must confess that I initially looked at the new bakkie with some scepticism. It is no mean feat to compete with established competitors in this market – take the Hilux and Rangers of the world, for example. Many well-established brands have tried for many years to break the veritable chokehold that these two top sellers have on the market, and still trail them where it matters most – on the dealer floor.

Until I had had the opportunity to test the P Series myself (we had the range-topping 2.0-litre turbodiesel LT 4X4), I did not expect too much from the car.

At first glance, the P Series looks fresh and aggressive, and no sign of the old GWMs – that may or may not have sneaked some design cues from other cars in the past – are anywhere to be found.

From the bakkie’s massive chrome grille to its deep load bay, the P Series is an entirely new design that is attractive at first sight. Even inside the cabin, which was a cheap plastic party in GWMs of yore, there are no longer any signs that a designer borrowed inspiration from any other manufacturer.

Added to that, the cabin is surprisingly luxurious (ours was the top model), is neatly put together, quiet, and ergonomically well laid out. One does not get the impression that this bakkie is anything between R50k and R100k cheaper than many of its natural competitors.

GWM has thrown in everything that opens and closes as standard into the top model to make the P Series even more attractive. There is speed control with radar remote control, a lane-keeping feature, blind spot warning, distance warning, and more.

As with any car, there are some niggles that need to be ironed out. Although the bakkie is equipped with Apple CarPlay and Android Auto, the system was somewhat erratic, refusing to connect every so often. Also, the voice-activated onboard system would announce, entirely of its own volition, that it was about to turn off the air conditioning. Then proceeded to do just that.

Apart from the odd irritation, the P Series cabin is fundamentally more advanced than any GWM I have tested, and I do not doubt that the manufacturer will make short shrift of any software problems in no time at all.

The top-of-the-line P Series pickup features GWM’s 2.0-litre turbodiesel engine mated to an 8-speed automatic transmission that can be used in any of three modes (standard, eco, or sport). During our city-bound test cycle, I maintained an average of about 7.8l/100 km over the week-long test. This figure compares very well with alternatives such as the 2.4-litre Mitsubishi Triton or Toyota’s 2.4-liter Hilux Double Cab equivalent.

The P Series is a giant leap forward for GWM, and I do not doubt that, should the brand continue on its current development trajectory, the established bakkie brands would be well served to keep an eye on their newest competitor.  With a range of single and double cab options available (starting prices for the former are pegged at a highly competitive

R347,900) there is a P Series for just about any taste and budget. And, considering that the top of the line model, with its myriad of standard features, retails at a mere R554,900, it offers better value than any comparable model from any other manufacturer.