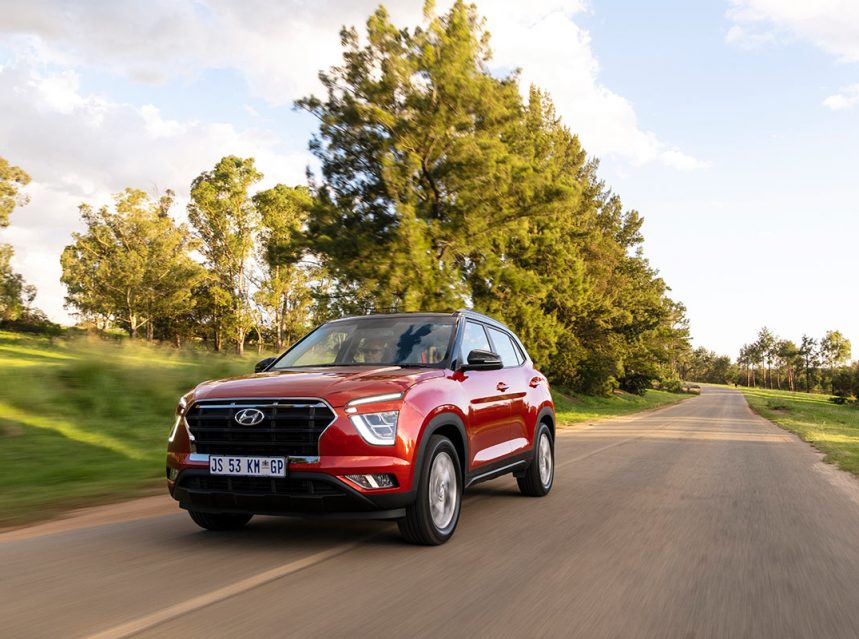 Hyundai introduced a fresh new face in their local SUV range towards the end of 2020. The new Creta is a significant upgrade from the previous car, with eye-catching styling that mimics the latest Tucson and Santa Fe, as well as extensive feature upgrades.

When Hyundai introduced the first Creta locally four years ago, it was already an established model line-up in Europe. Named after the island of Crete, the Creta offered great value, a significant size premium over its competitors, and the proven reliability track record that comes with every Hyundai. It sold in substantial numbers back then too, establishing itself as a serious contender in what was already a burgeoning compact SUV segment.

While it wasn’t the most exciting compact SUV offering around, the Creta was a solid proposition, which even gave Hyundai’s own Tucson a run for its money back then.

With the new Creta, Hyundai has taken what was a great formula four years ago, and made significant improvements to the car’s looks, drive experience, and levels of interior comfort and standard tech.

A HOME IN THE RANGE

Given the sheer number of competitors in its segment, any new model needs to ensure that it offers a wide enough spread, at a generous enough price point, to entice would-be buyers. The new Creta comes in five derivatives with two specification levels – Premium and Executive, with a 1.5-litre, naturally-aspirated petrol, a 1.5-litre turbocharged diesel, and a 1-4-litre turbocharged petrol engine as power options for the range. In turn, they are mated to different combinations of either a six-speed manual gearbox, a conventional six-speed automatic, a new six-speed intelligent variable transmission (IVT) that uses a chain belt and pulley system with an increased gear ratio span, or a seven-speed dual-clutch transmission. The front wheels drive all derivatives. We sampled only the TGDI version with its seven-speed dual-clutch at launch, but more about the drive a little later. First…

The new Creta is a fully-redesigned car inside and out. Hyundai deserves credit for substantially raising the Creta’s interior game. Firstly, the cabin is noticeably more spacious (the vehicle is longer and broader overall than its predecessor), with the neat, minimalistic fascia one of the Creta’s best features.

Hyundai’s interior stylists have done a great job creating an elegant look that feels more premium than the car’s price point would suggest.

In the range-topping 1.4 TDGI, the seats are a striking black leather and red contrast stitching combo. Premium versions get grey and black cloth finishing, while the Executive versions sport grey and black leather. The driver seat, while height-adjustable, feels a little too firm for my tastes. However, the raised seating position, combined with the convenience of telescopic and height adjustment of the steering wheel, does grant the driver a commanding view of the road. Large windows all-around ensure that the car has very few problematic blind spots.

Apart from Apple CarPlay and Android Auto across the range, a multifunction steering wheel with remote control buttons for the 8” infotainment system, trip computer and cruise control, and a wireless charging pad are found in the Executive derivatives.

Connectivity to the infotainment system is via a USB connection in the centre console, while the new Creta also has an extra 12V power socket and a USB charging socket for rear passengers. Passengers in the rear also get their own air vents for the Creta’s manual air conditioner.

Manoeuvring the new Creta in tight spaces is made easy with the rear park assist sensors and camera, displayed on the infotainment system’s screen.

ON THE SAFETY FRONT

ISOFIX child seat attachments are standard in all derivatives, while ESC is standard across the range, and a tyre pressure monitoring system gives an early warning should a tyre run flat.

We sampled a combo of road surfaces during the car’s launch on the Highveld. Hyundai has made noticeable improvements to overall NVH (noise, vibration and harshness) levels compared to the previous car. The McPherson strut front set-up, with coupled torsion beam axle for the rear wheels, accentuates the car’s firm ride on different surfaces.

Although the tested derivative offers a favourable power comparison to most of its competition, its seven-speed dual-clutch deserves a lot of credit for the car’s spirited driving feel. After Volkswagen Group’s stunning dual-clutch ‘box (fitted to the 1.4 TSI T-Roc competitor), this has to be the best dual-clutch transmission out there.

A tad lower down the ladder, the new turbodiesel generates 85 kW peak power at 4,000 r/min, and 250 Nm of torque between 1,500 and 2,750 r/min, delivering power in the Creta 1.5 Executive Diesel, and is coupled with the six-speed automatic transmission. The Creta 1.5 Executive gets the new IVT transmission and 1.5-litre naturally aspirated engine (85 kW of power at 6,300 r/min and 144 Nm at 4,500 r/min), which also does duty in the entry-level Creta 1.5 Premium (six-speed manual transmission).

The new Creta is set to continue Hyundai’s run of success with the previous generation car (they sold just shy of 15,000 units in the past). As I recommended four years ago, it is worth a second and even third look if you need a unique, reliable, and value-for-money compact SUV. Current challengers include any of the Kia Seltos, Volkswagen T-Roc, Honda HR-V, and Nissan Qashqai ranges.