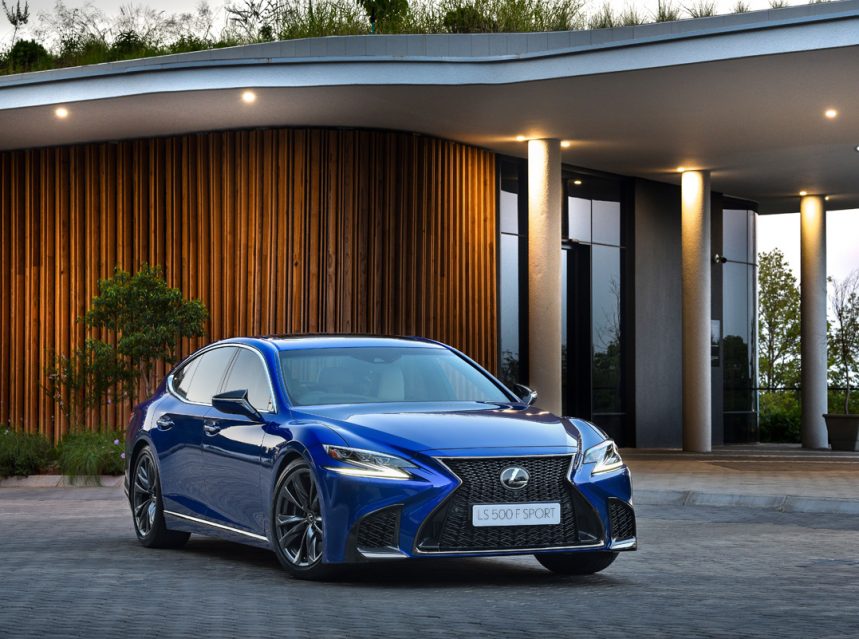 Since the launch of the original Lexus LS back in 1989, which also spearheaded Toyota’s charge in competing squarely with the premium German triumvirate, it has remained a very important model for the marque. With each new generation the model has managed to up the ante as far as technological aspects are concerned. Of course, going toe-to-toe with the Mercedes-Benz S-Class, in particular, and the Audi A8 and BMW 7 Series in general, will take some doing, but after sampling the latest LS 500 F Sport, I think that the Japanese luxury brand is finally carving a good niche for itself.

I am quite cognisant of what a momentous task it is to try and beat the Germans at their own game; many have tried their luck and came unstuck. Lexus decided to carry on its trajectory of offering an alternative to the establishment. Consistency, it would seem, is starting to pay some dividends for Lexus as it marginally managed to grow its market share locally in recent times. Of course, the ES had a major role to play on that front, so too did the NX and LX, the latter of which should receive an update soon. The LS is now in its fifth generation and has managed to change the status quo as it marks the first LS generation to not feature a V8 engine in the line-up. And while that might sound sacrilegious, there’s method to the madness on Lexus’ part.

While the now signature spindle grille design of modern Lexus models took some getting used to, I  find them less offensive. It could be a case of familiarity. But whatever it is, the grille can stay. In the LS F Sport in particular, the gloss black painted grille is both sporty and elegant without trying all that hard. There are F Sport badges on the front flanks, while 20” Anthracite alloy wheels, replete with black painted Lexus emblazoned callipers that peer elegantly through the spokes, adds to the sporty repertoire. The L Finesse theme can be seen at the rear with chrome embellished LED lights, while the rear valance houses two chrome tipped tailpipes. It is all done tastefully without detracting from the proviso of blending the executive with the sporty. 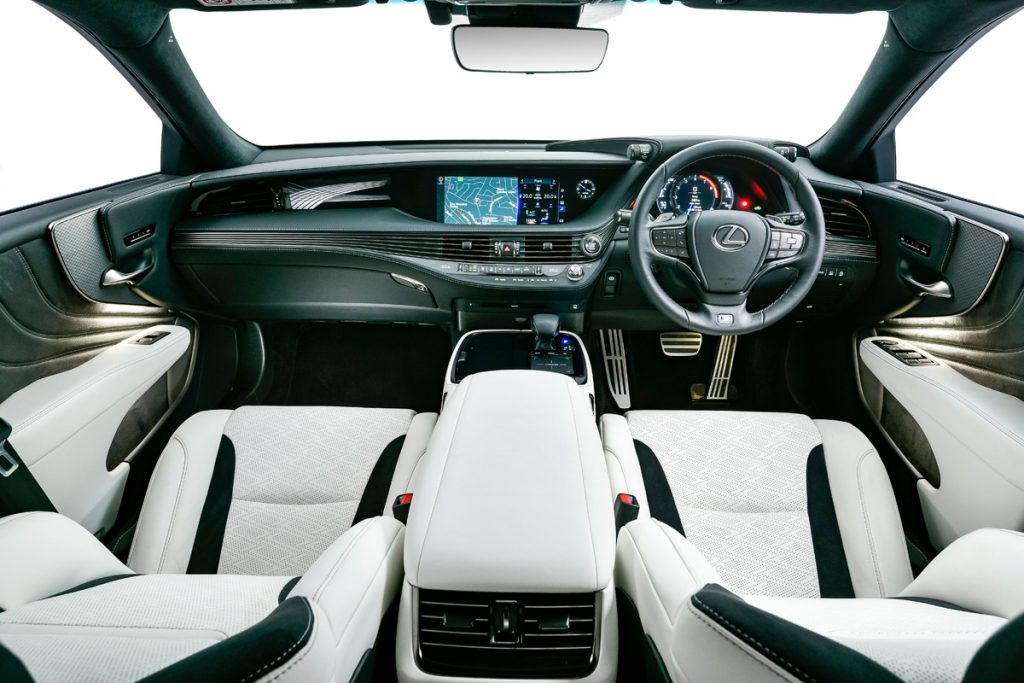 WHAT OF THE CABIN?

A great deal of craftmanship went into the interior such as the intricate stitching on the door panels and the air vents that run the entire expanse of the dash. There are also aluminium trimmings abound, including the foot pedals, while F Sport-specific items such as the steering wheel, instrument cluster and seats add some extra finesse.

Criticisms, however, can be levelled at the pseudo alcantara roof lining and the flimsy-looking leather of the gear lever boot, which detracts from an otherwise classy cabin. Then there is the infotainment’s track pad controller, which is anything but intuitive to use and Lexus will do best to replace it with a more workable solution. Other than that, the rest of the cabin appointments live up to the model’s sporty executive disposition.

As mentioned, this is the first LS in the lineage that forgoes V8 power in favour of a 3.5-litre twin turbo V6 that delivers 310 kW and 600 Nm and, to be frank, it is a worthy replacement. Allied to the 10-speed automatic gearbox – essentially a four-speed automatic transmission with six planetary cogs – the LS delivers smooth, progressive power throughout the rev range. We managed around 8.4-litres per 100 km with some careful driving and saw a worst figure of around 11.4-litres per 100 km when we attempted to use the entire quota of 310 kW. Speaking of which, the engine feels particularly peaky in Sport+ mode and takes a bit to get going until you hit the 3,500 r/min twilight zone where it really begins to make some haste.

Thanks to the F Sport air suspension, the LS remains ever so composed despite the large alloy wheels, while it remains entertaining to hurl into corners with verve, responding with the dexterity befitting a much more compact sport saloon. The LS F Sport manages to blend its executive disposition with sporty elements to arrive at a saloon that is all things to most people.

It might not be the first port of call for those looking for a sporty yet executive saloon, but I can recommend that it is a worthy alternative to the Germans. I have never driven a more exciting Lexus since the IS F some moons ago. And that alone speaks volumes of the LS 500 F Sport.