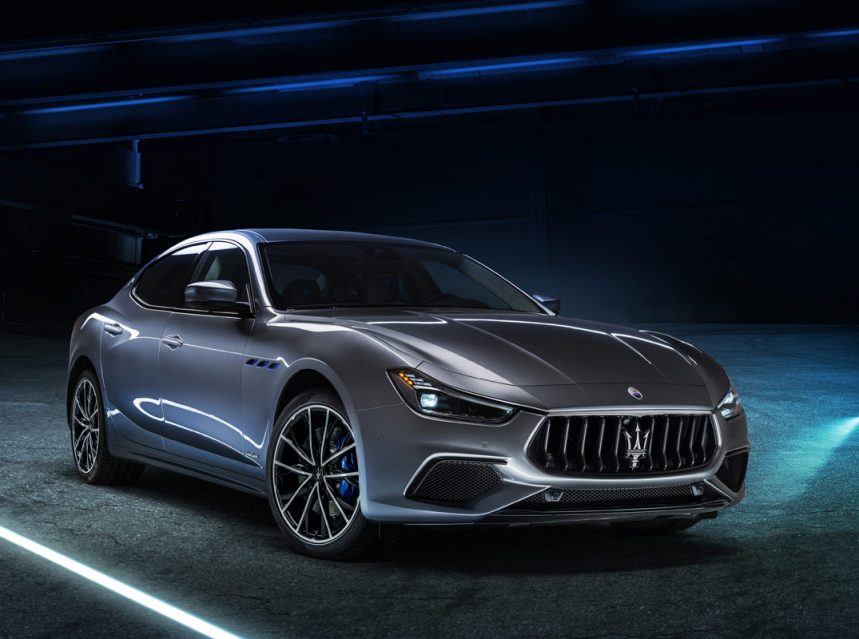 THE WINDS OF CHANGE |

The motoring landscape is hardly stagnant, certainly not in the 21st century, as the motoring industry grapples with the unstoppable force of hybridisation and electrification. While some legacy automakers may have taken their time in this respect, the results of their measured effort have been worth waiting for, and now fan the winds of change in the luxury segment. The Maserati Ghibli Hybrid is one such case in point.

Ghibli (or chibli, gebli, gibleh, gibli and kibli) is a name of Libyan origin for the Sirocco – a hot, dry, usually south to south-easterly desert wind that occurs throughout the year, but most frequently in spring and early summer. The Ghibli is caused by Mediterranean depressions tracking east, entraining hot air from the desert region ahead of them. The Ghibli can last for days and is both respected and feared by the desert dwellers of North Africa.

Much like this wind can have a profound effect on the landscape by moving vast quantities of sand during a single storm, Maserati’s Ghibli Hybrid is destined to shift perceptions of hybridisation in the luxury motoring segment and is the precursor to the brand’s range of electrified products, including the 2022 GT, GC and later the MC20.

The Maserati brand has always stood for technical innovation, passion, performance, and bespoke luxury. As the first electrified Trident car, propelled by the first hybrid powertrain in the marque’s history, the Ghibli Hybrid extends Maserati’s legacy while fostering a link between the internal combustion age and the era of electrification. Maserati describes this new philosophy of using innovation and high-performance automotive engineering to drive Maserati to a more sustainable future, as “faster than diesel, greener than gasoline”.

Built entirely in Italy – at the Avvocato Giovanni Agnelli Plant that also produces the Quattroporte – the Ghibli Hybrid showcases the evolution of Ghibli with a new front grille design that celebrates the Maserati tuning fork. In GrandLusso trim, the grille is garnished in chrome, while the GranSport trim – as tested by Driven – gets an even more aggressive look with Black Piano finishing.

At the rear, the Ghibli Hybrid (and, in fact, all Maserati model year 2021 cars) benefits from a new 3K injection moulding technique to manufacture the rear light clusters. For GrandLusso trim cars, the boomerang-style rear lights – a homage to rear light designs from earlier Maserati cars – display in three colours: black around the edge, red in the middle and clear in the bottom section. The light cluster is produced in two versions – black for the “Black Pack” trims and lighter for more refined trims, with the differences achieved by varying the colour of the internal upper surround element.

To differentiate the Ghibli Hybrid from other models in the range (Ghibli 350, Ghibli S, and Ghibli Trofeo), Maserati has embellished several details in dark blue, the colour

universally adopted as the symbol of clean mobility. The three traditional air ducts on the front mudguard have a blue trim, as do the Brembo brake callipers and the thunderbolt in the C-pillar Trident. In a market obsessed with distinction, these accents do more than merely highlight that this is a new-generation Maserati; they distinctively and publicly elevate the owner to eco-conscious status while confirming them as a connoisseur of fine motoring heritage.

When Maserati first introduced the Ghibli eight years ago, it was lauded for its superior elegance and driver-focussed design that matched its inherent sporty driving character. For the Hybrid, Maserati introduced several model-specific elements that drive the experience to elegant new heights.

The most notable are the 12-way adjustable leather front seats with integrated anti-whiplash headrests, the sport steering wheel fitted with aluminium gearshift paddles, and the Inox sport pedals.

In South Africa (and other EMEA countries), the sculpted sport seats are upholstered with a premium full-grain “Pieno Fiore” natural leather, with contrasting dark blue stitching and embroidered Trident on the headrests. The same styling is repeated on the door panels and instrument cluster, while the dark blue trim creates a lighter, more contemporary cabin interior that echoes the shade of the car’s exterior blue details.

For passengers, the overall experience is supreme comfort, including an array of premium, user-friendly technology.

In keeping with the needs of a new generation of Maserati customers, there is a climate-controlled mobile phone compartment with an SD card reader, USB socket and auxiliary-in port, and a wireless smartphone charger (standard or optional depending on the market).

Special mention goes to the infotainment system with its crystal clear screen and supremely intuitive user experience. For the first time, Apple CarPlay and Android Auto are included, bringing the cockpit experience bang up to date with its peers.

A NEW AGE OF CLEAN POWER

No objective evaluation of any Maserati would be complete without an in-depth assessment of the car’s dynamic capabilities. The Hybrid Ghibli is very much a chip off the old block, where driving enjoyment in general, and the characteristic Maserati engine sound in particular, are concerned.

In the Ghibli line-up – traditionally dominated by six-cylinder power (or eight-cylinder in the case of the Trofeo) – the Hybrid is the first four-cylinder derivative to break cover. This two-litre powerplant seamlessly integrates with a 48-volt Hybrid system that enables energy recovery when slowing or braking.

The official Maserati text describes how the Ghibli’s hybrid system combines the best features of the V6 turbodiesel (that the Hybrid replaces) and petrol powerplants and continues to describe the car as being “fun to drive, with the genuine Maserati roar.” By all accounts, this is true, but no words can accurately convey how enticing the driving experience is in the Ghibli Hybrid. This car completely demolishes the notion that four-cylinder power cannot be as expressive as six cylinders or that hybrids are merely for young-at-hearts who wish to make a statement on how eco-savvy they have become.

Combined, the 2.0-litre turbo petrol engine with 48-volt mild-hybrid and electric supercharger set-up generates 246 kW and 450 Nm, which is enough to propel the car to 100 km/h in an environmentally friendly 5.7 seconds, and on to a top speed of 255 km/h. That is a mere 0.2 seconds slower than the Ghibli 350 and only 0.8 seconds slower than the 316 kW Ghibli S with its 3.0-litre V6 twin-turbo petrol engine. Even the 3.8-litre V8 Trofeo, which blasts to the 100 km/h mark in 4.3 seconds, is not lightyears ahead of the sprinting scope set by the hybrid car. That’s not to say that there aren’t significant differences in the experience between these cars, but instead underlines the fact that the Ghibli Hybrid is entirely capable of holding its own as a dynamic and emotional Maserati worthy of the name.

South Africans, to their detriment, tend to have a somewhat myopic view of sporty luxury when it comes to motoring. Our German-focused proclivities do us a disservice, in my opinion, by shielding us from the genuinely intense experiences that cars such as the Ghibli Hybrid provides. The time has come to cast our eyes wider, to sample the labour of love that Maserati engineers have bestowed upon us, and to be swept away by the winds of change blowing across the motoring landscape. Unstoppable force, meet immovable object.