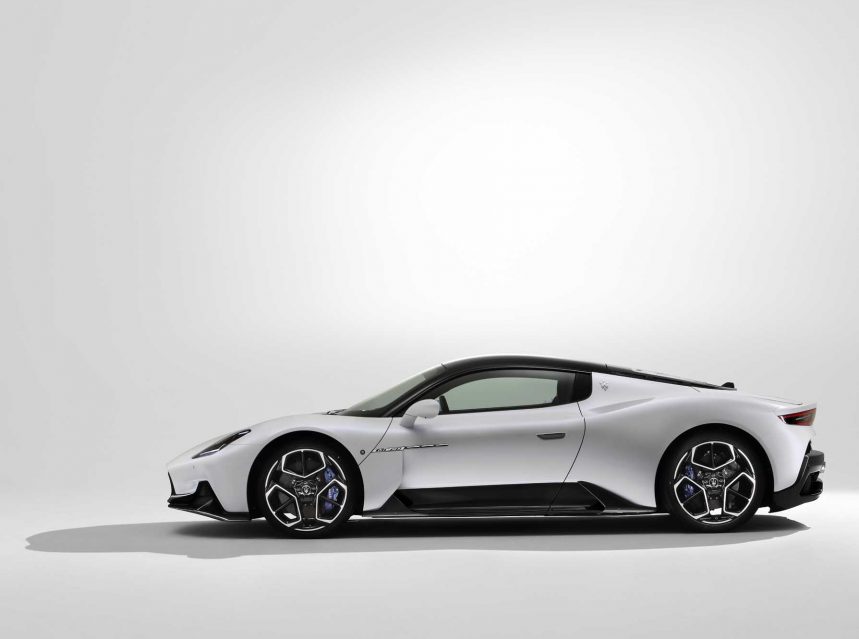 Maserati revealed their long-awaited new super sports car, the Maserati Corse 2020 – or MC20 – to a crowd of assembled Maseratis, rather than the usual throng of international journalists, making history in the process.

Maserati has long been hinting at the imminent launch of their futuristic MC20 stunner, and finally revealed the sleek newcomer to the iconic sports car brand’s model line-up, during an online event in early September 2020.

Serving as an audience for the new car, several old and new Maseratis lined up in the front row of the auditorium where the MC20 was launched, with their rear lights forming a virtual guard of honour for the arrival of one of the most significant Maseratis of the modern era.

Not only does the MC20 mark the start of a new era for the Maserati brand, but it also hopes to invigorate the somewhat ailing Maserati sales with a new engine and stunning, inspirational design.

ALL ABOUT THE MILL 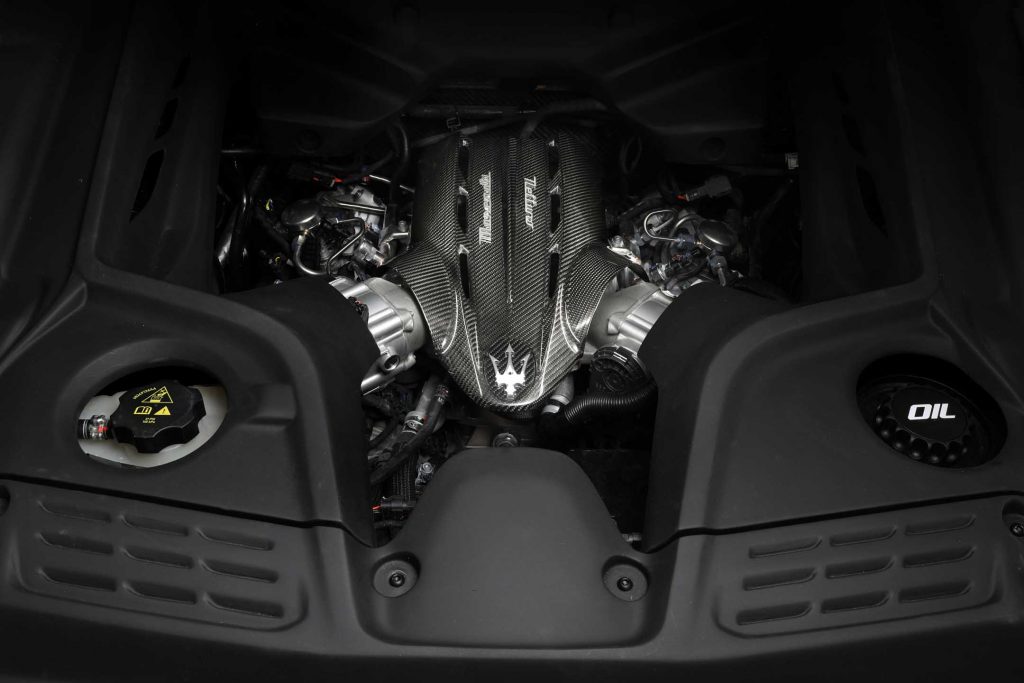 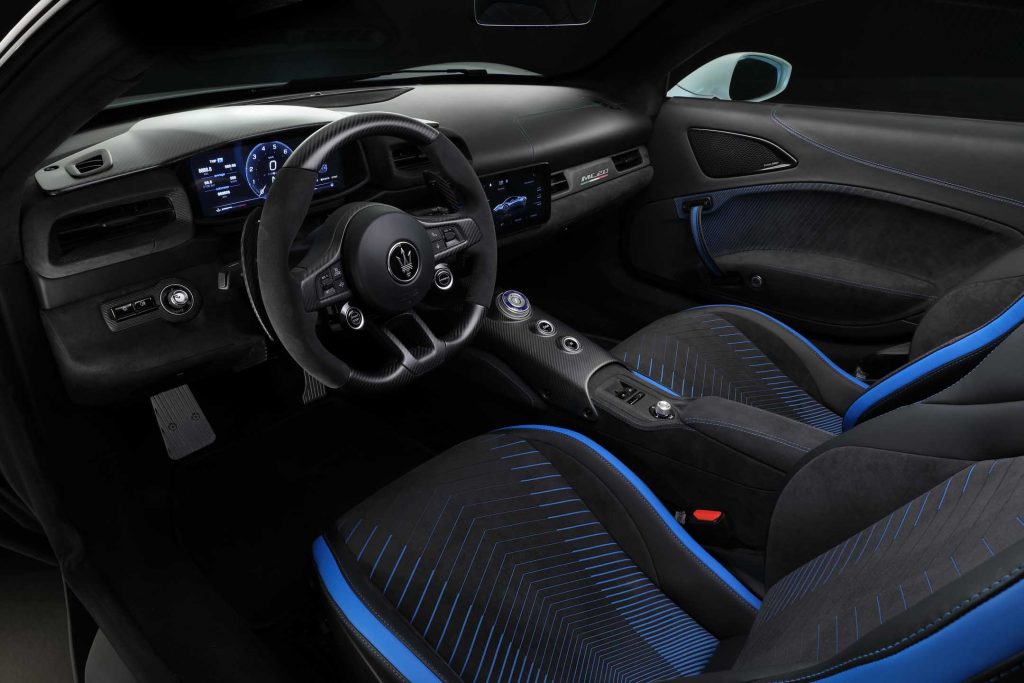 To achieve its phenomenal power-to-weight-ratio of 2.33 kg/hp, Maserati employed carbon fibre extensively in the chassis and throughout the cabin. 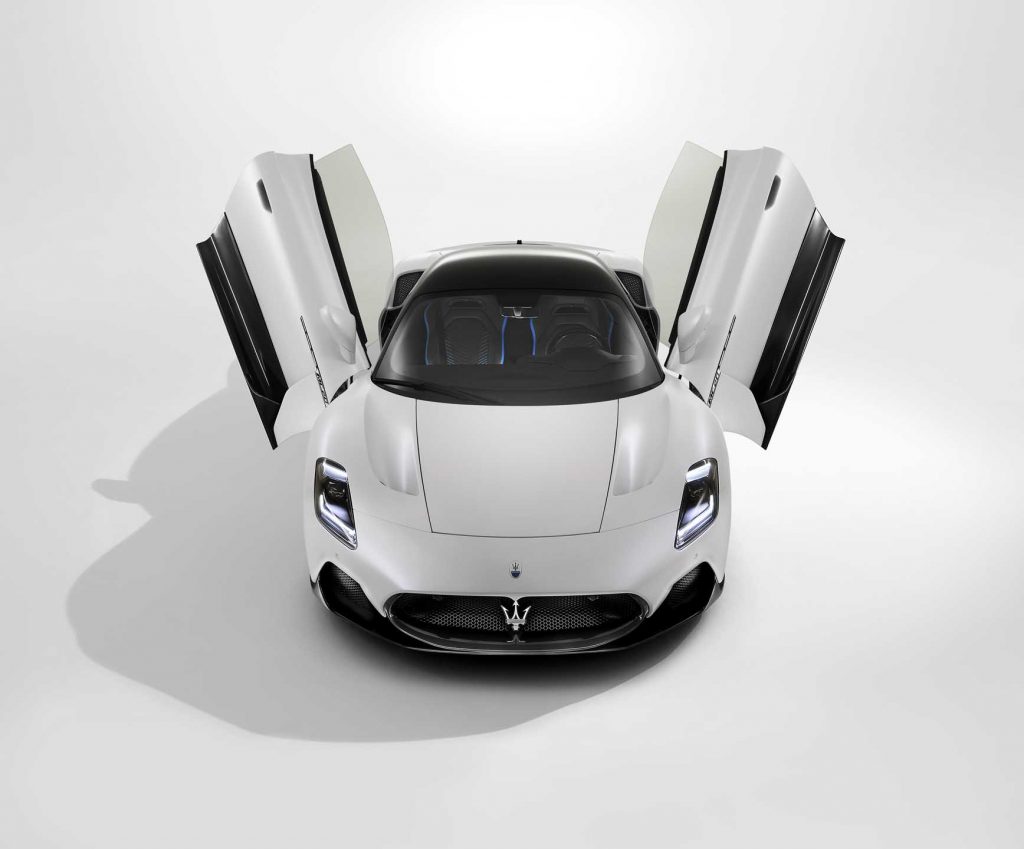 The MC20’s technical innovation does not end in the engine bay. As much as 97% of the car’s development was performed virtually, according to Maserati, using their Virtual Vehicle Dynamics Development system that employs the Virtual Car mathematical model to reduce development time, and the time required to find optimal technical solutions to complex technical challenges.

The MC20’s beautifully simplistic shape can also partly be attributed to computer-aided development work. By carefully balancing a blend of craftsmanship and engineering opposites, Maserati has created a design that is at once both elegant and sporty. At the same time, it embodies the marque’s racing spirit and provides an unrivalled feeling of driving pleasure.

More than 2,000 working hours were spent in the Dallara Wind Tunnel perfecting the car’s aerodynamic signature, and over 1,000 computational fluid dynamics simulations were conducted to ensure efficient air distribution over the body and under the car’s floor, eliminating the need for a rear spoiler while maintaining a high downforce quotient. 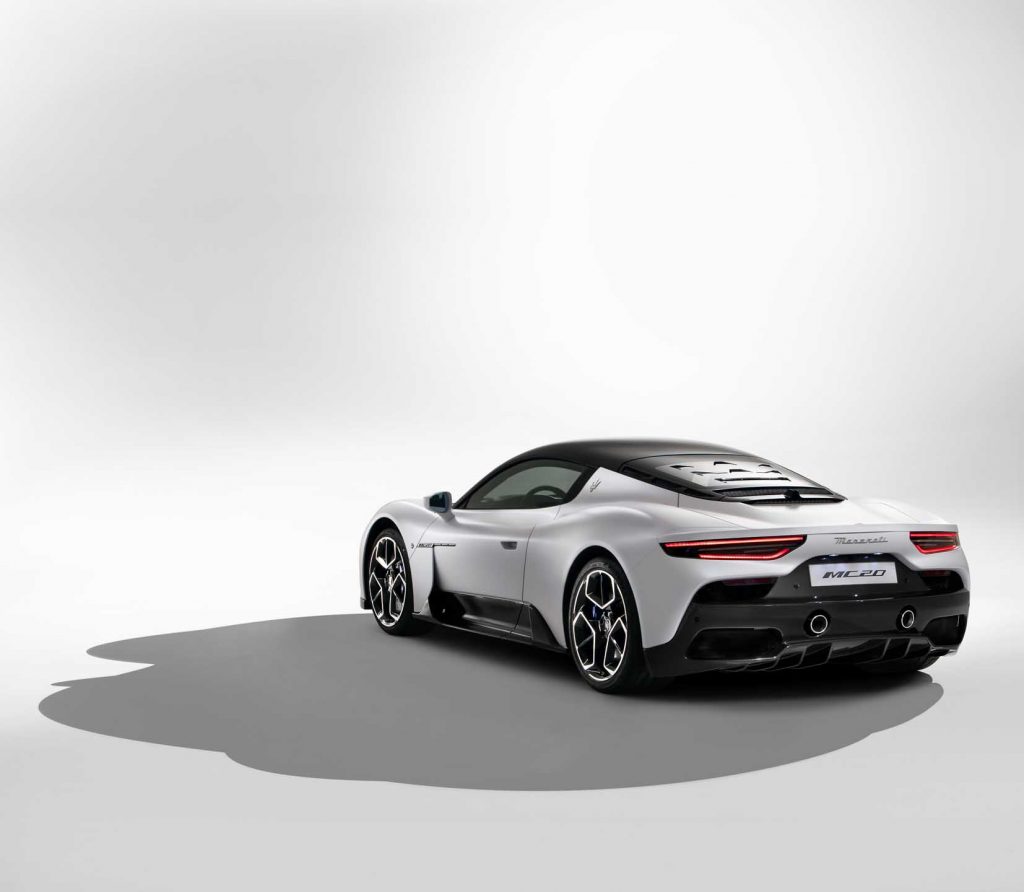 Looking ahead, the MC20 signifies more than just another model on the Maserati website dropdown list. Along with several new cars introduced this year – the Ghibli Hybrid and Trofeo performance range – the MC20 marks an innovation milestone that will set the tone for future Maserati sports cars. The platform is also prepped to accommodate an all-electric version of the car, which will likely be produced at the same Modenese plant.

Expect to see the MC20 on local roads during the first quarter of 2021, with pricing to be announced by the start of the new year.