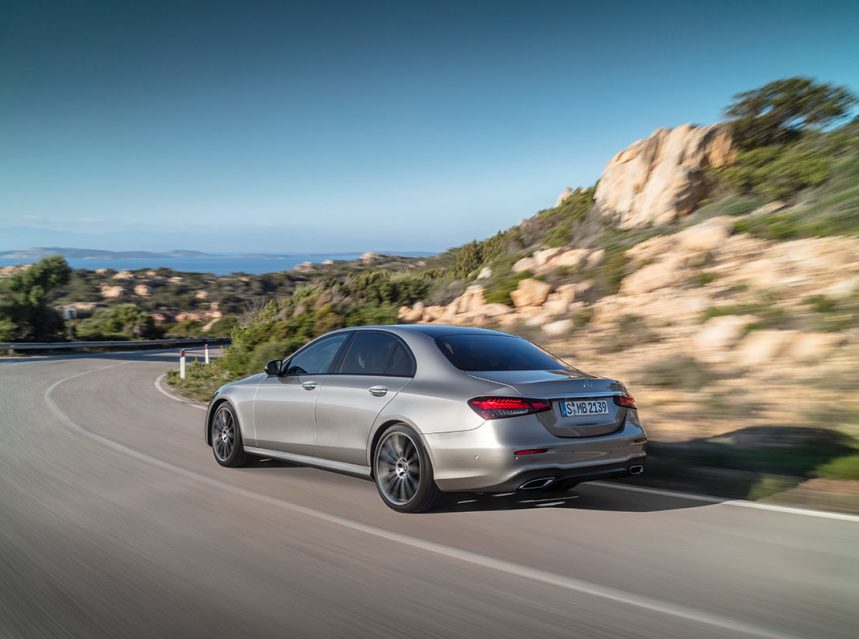 While South Africa is facing an energy crisis of substantial proportions with our core supplier unable to meet demand, the company until recently known as Daimler – now Mercedes-Benz after the separation of the passenger and commercial divisions – has re-energised its core product, the E-Class.

Even within Mercedes-Benz, the exact origin and history of the E-Class – still the bestselling model in the German luxury marque’s passenger car line-up – is somewhat uncertain. According to Stuttgart, it can be dated back to when Daimler and Benz were separate companies or to 1926 (95 years ago) when the first Benz passenger vehicle was introduced.

However, the most accepted version is that the Mercedes-Benz W136 model 170 V was the spiritual precursor of the current E-Class, with the post-war W120 – the so-called 180 model ’Ponton’ – that established the status of the middle-class luxury sedan.

Whatever the correct view, with more than 14 million units sold since 1946, it is an irrefutable fact that the E-Class is still the fulcrum of the Three-Pointed Star, the core of the Mercedes-Benz marque. It is interesting to note, though, that while many E-models preceded it, the “E-Class” name was only officially used from 1993 with the launch of the refreshed W124 range (initially introduced in the mid-1980s).

Mercedes introduced the current tenth generation (or fifth generation, dependent on your view of the historical validity of the E moniker) W213 range in 2016. Its handsome, elegant design, high-quality interior, and extended range of advanced driver assistance systems made it popular from the outset.

E-Class buyers are also hugely loyal Mercedes-Benz clients, and since the introduction of the W213 range, over 1.2 million units have been sold. Now, the latest, refurbished range, built in the Mercedes-Benz Sindelfingen plant in Germany, is locally available.

Besides the sedans – with the E200 and E220d versions available immediately – Mercedes-Benz South Africa also used the opportunity to reveal the revamped Mercedes-AMG E63 S 4Matic+ and titivated E-Class coupé and cabriolet models (available in E200 and E300 as well as AMG E53 4Matic+ form).

Nearly 30 years ago, Stuttgart released an elegant four-seater cabriolet to revive the long tradition of Mercedes droptops. This model was initially known as the 300 CE-24, but it was changed to E-Class Cabriolet soon after. Like the sedans, the coupé and cabriolets now display a new and more aggressive chrome bedecked front section with flatter headlights and a sporty yet elegant, A-shaped diamond grille.

The two-piece taillights on the muscular rear section now feature LED technology, and the star module with an integrated reversing camera is inset into the boot lid. The local models also feature AMG line trim as standard for all coupé and cabriolet models. Inside, the most apparent change (in non-AMG models) is the new intelligent steering wheel with touch controls.

It is also equipped with the latest generation of the MBUX (Mercedes-Benz User Experience) multimedia system. It comes standard with two large 26 cm high-resolution screens (bigger 31.2 cm screens are optionally available). As standard, the E-Class comes with Active Brake Assist, and in conjunction with the Mercedes me app, Urban Guard Vehicle Protection enables all-round monitoring of your parked vehicle.

As is now tradition, the new E-Class models were launched at the AMG Driving Academy at the Zwartkops racetrack, with a short road route included. Here, the diesel-powered E220d with its 2.0-litre four-cylinder turbo engine (delivering 143 kW and 400 Nm of torque) and 9G-Tronic transmission channelling power to the rear wheels impressed with its quiet yet keen engine and excellent ride quality.

This was also a trademark of the E200 (with 145 kW / 320 Nm 1,991cc four-cylinder petrol turbo engine). It was again surprising to experience how well a small displacement engine performs in a relatively big car. The droptop’s rigid body further enhanced the balance of ride and performance in the powerful E300 Coupé and Cabrio (with the 190 kW / 370 Nm version of the petrol mill). Yet, all things considered (including price), the diesel sedan is still the model of choice.

As is to be expected, the growling four-wheel-drive Mercedes-AMG E63 S 4Matic+ with its exclusive drift mode, AMG Ride Control+ suspension system, and 4.0-litre V8 producing a mighty 450 kW and 850 Nm of torque, stole the limelight from their lesser siblings.

With its AMG Speedshift MCT 9-speed transmission in Sport+ mode, the monster sedan impressed on track – its balance, tractability, agility and fantastic braking performance (given its weight) was extraordinary. After a couple of laps, it was clear that its given zero to 100 km/h acceleration time of 3.4 seconds, and a top speed of 300 km/h, is no flight of fancy.

Compared to the E63 S, the two-door Mercedes-AMG E53 4Matic+ with its electrified twin-turbo 3.0-litre engine delivering 320 kW (16 kW extra thanks to EQ Boost) and peak torque of 520 Nm (with EQ Boost supplying an additional 250 Nm) felt softer, less purposeful, and less resolute on the track.

Still, the E53 coupé, and surprisingly rigid Cabrio, boast a lovely balance between performance and comfort, and this attribute (as well as their prices) make these models a better option than the loud and forceful E63 S beast.