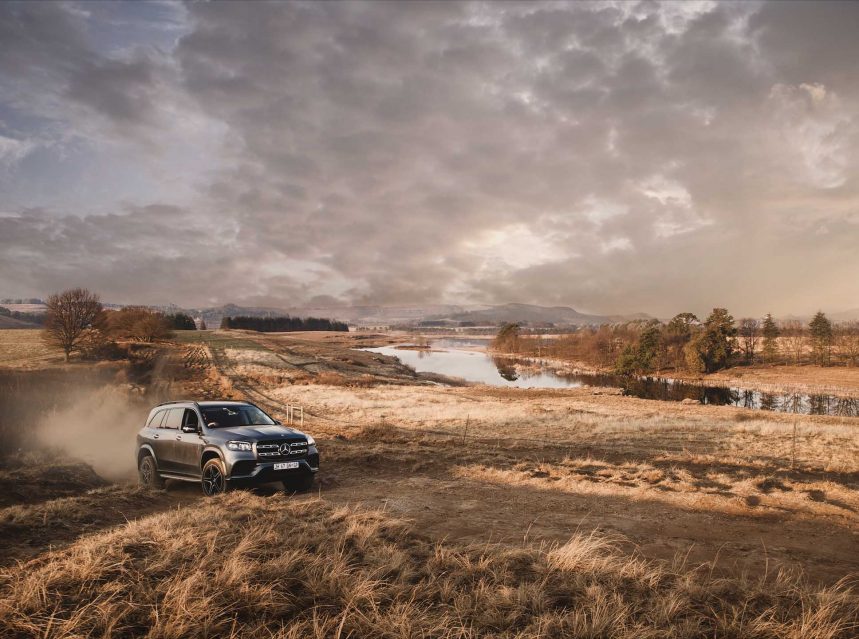 On 22 July 1990, five months after his release from prison, a red W126 Mercedes Benz S-Class was presented to Nelson Mandela during a special ceremony at the Sisa Dukashe stadium in Mdantsane, East London.

In front of 30,000 people, Madiba took possession of the luxury car – recognised as the pinnacle of motoring excellence back then – built for him by the workers in the Daimler-Benz plant in East London in their spare time.

Taking possession of the 500SE the iconic South African statesman famously said the colour reminds him “of the blood spilt in the struggle for freedom”. From humble beginnings in Mveso, Transkei, Nelson Rolihlahla Mandela became a president and celebrated world icon. 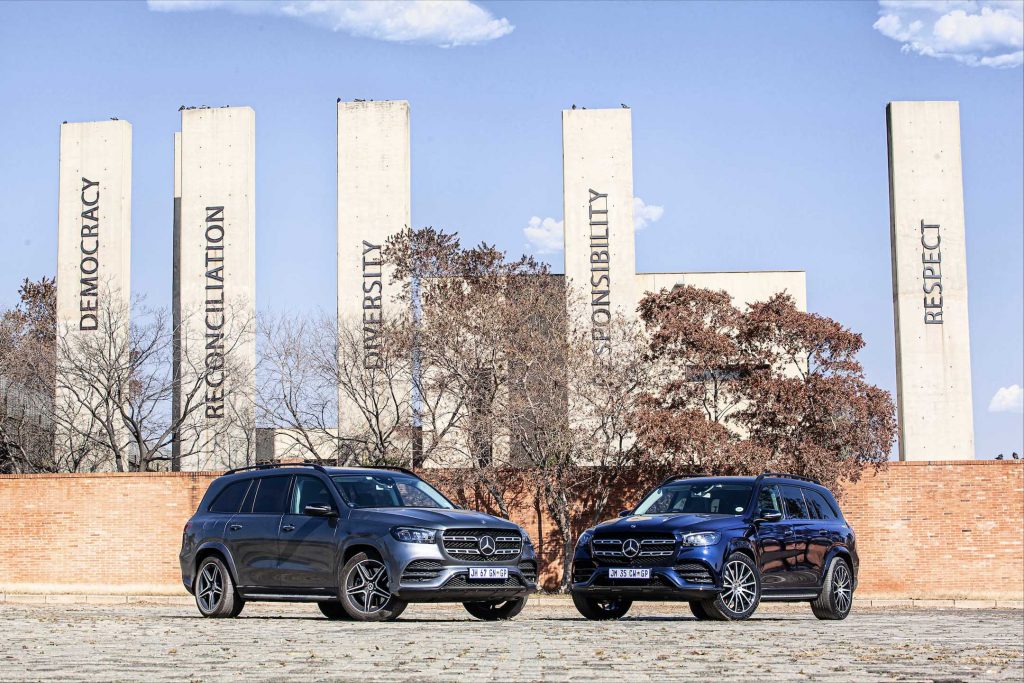 His esteemed legacy is now celebrated throughout the world on this date each year, and Mandela Month throughout July. So, to commemorate these momentous events and pay tribute to the South African icon we arranged for the latest GLS from Mercedes-Benz to travel to the Eastern Cape. We deliberately chose the large flagship SUV from Stuttgart for our journey, as in our view this would have been the vehicle of choice for Madiba, if he was alive today.

We received a 400d 4Matic AMG-Line, the seven-seater splendidly presented in selenite grey with AMG twin-spoke light-alloy wheels, Night Package additions, and optional panoramic sunroof, and early on Wednesday, 22 July, we were at the plant where, 30 years before, the 500SE Mandela-mobile was built. 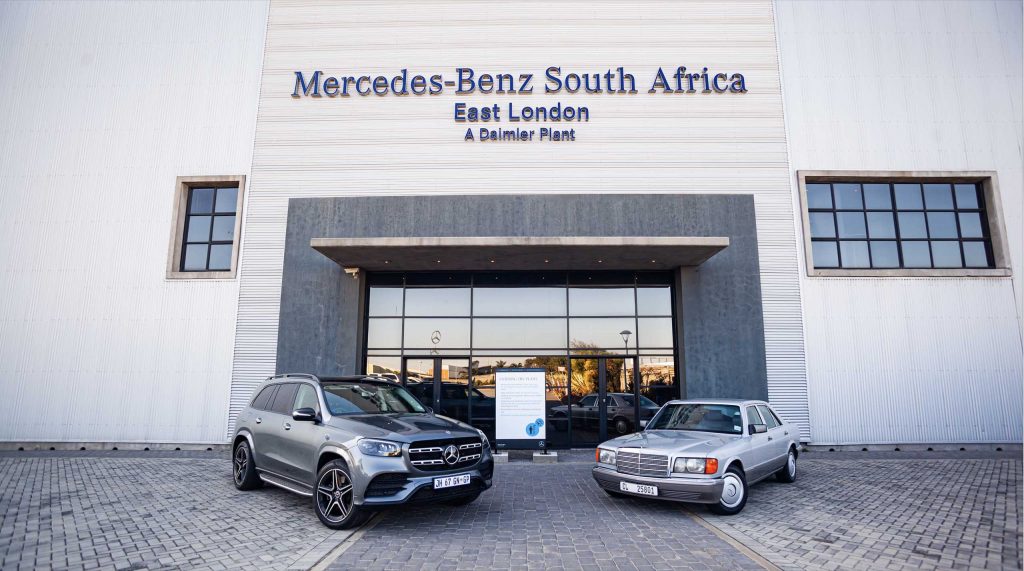 We initially planned to interview some of the workers involved with the project in 1990 but due to Covid-19 regulations we could not get access to the plant or employees. However, we did manage to arrange a similar-spec silver-coloured W126 500SE through the Eastern Cape region of the Mercedes-Benz Club of South Africa (thank you, Erald Hohls and Pieter Moolman) …

After photo-magician Ryan Abbott gloriously captured the 1990 S-Class and latest 2020 GLS-Class in front of the plant, we left for Qunu, birthplace of Madiba, and Mthatha – following the tyre tracks of his red Merc along the Mandela Heritage route to Johannesburg, Gauteng, where the car is now displayed in the Apartheid Museum.

We joined the N2 just outside East London and headed for the Kei River. The undulating roads in Transkei befitted the torque-rich engine of the diesel-powered GLS, and with a brutish 700 Nm already available from only 1,800 r/min, the bulky beast flattened the rolling hills and sharp inclines with derision.

ON THE HERITAGE ROUTE…

A visit to the Mandela Museum in the bustling city centre of Mthatha was also scuppered by lockdown regulations. However, having been there before, a visit is certainly recommended as it allows visitors to follow the footprints of a man whose long walk to freedom began in the foothills on the banks of the nearby Mbhashe River.

From Mthatha we continued our trip towards Kokstad in KwaZulu-Natal, before turning off on the R617 towards Underberg. Even in winter the landscapes were stunning, with the brown, bronze, and red colours of the surrounding panorama reflected in the mirror-still water of the numerous lakes.

After spending the night in Underberg, we stayed on the twisty R617 as our next destination was the Nelson Mandela Capture Site close to Howick. The low-profile rubber and advanced air suspension system on our big Merc made it easy to pilot quickly through the curves but we had to watch out for potholes, as the road was badly deteriorated. 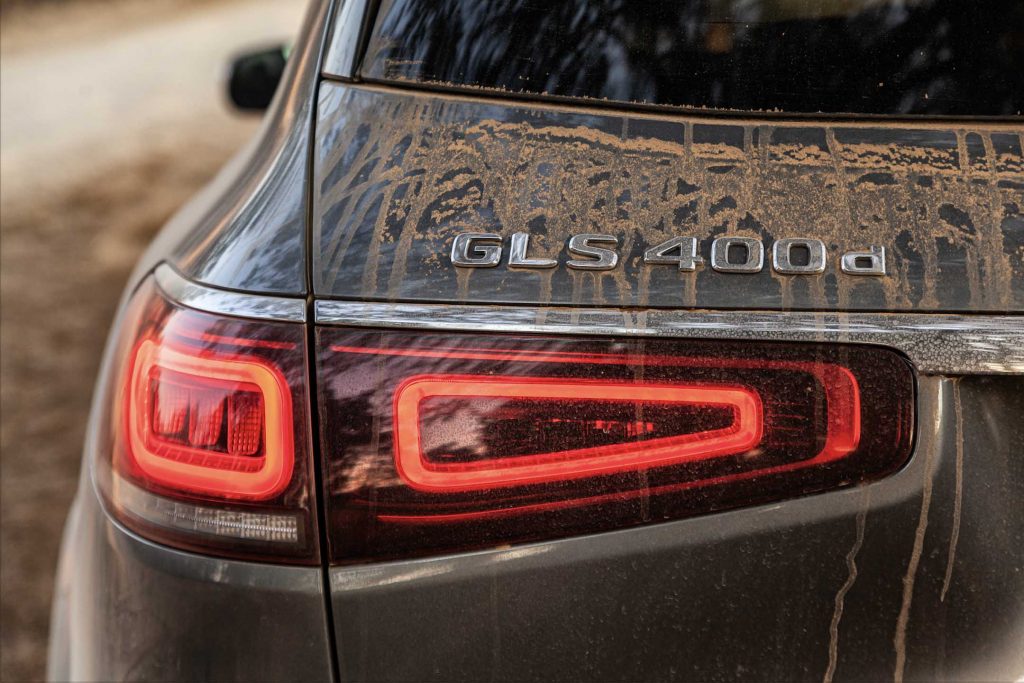 The Capture Site, where Madiba was arrested on 5 August 1962, leading to the court case which saw him spending the next 27 years of his life in prison, was also closed but this time it worked in our favour. We managed to get permission to enter, and while we were not allowed access to the buildings, we were free to take pictures outside.

Without any tourists or visitors around, this was a fantastic opportunity to capture the site’s symbolic sculpture in all its glory. Consisting of 50 laser cut steel columns between six and 9.5-metres high along a 30-metre length, it is the largest artwork of its kind in the country and has become an international symbol of Mandela’s iconic status.

With some amazing images in the bag, we left for Gauteng – enjoying the ample grunt, supple ride, and relaxed motorway demeanour of the GLS on the N3, only stopping for fuel in Harrismith in the Free State. Surprisingly, given that we were pushing on, the diesel consumption of the huge SUV was less than 10 litres / 100 km. 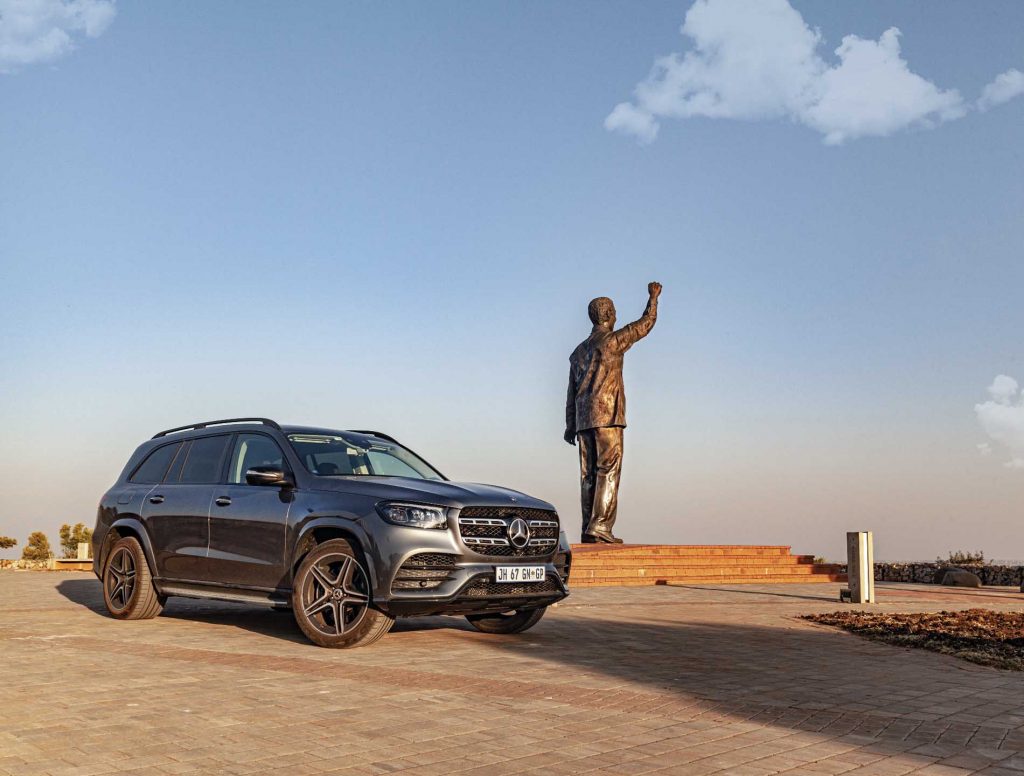 The next day we visited Liliesleaf Farm. Tucked away in the leafy suburb of Rivonia it was once the nerve centre of the liberation movement in South Africa and a place of refuge for its leaders. Opened in 2008, Liliesleaf today is one of the foremost, award-winning heritage sites in the country.

From there we skirted past Mandela House in Vilakazi Street, Soweto; the only street in the world where once two Nobel Peace Prize laureates (Mandela and Archbishop Desmond Tutu) lived, on our way to the Apartheid Museum next to Gold Reef City in the south of Johannesburg.

It is here where the journey of the red Mercedes-Benz 500SE, incidentally the last W126 model to be built in East London and thus probably in the world, ended. It most likely will also be its last home where, as a symbol of the huge adulation Mandela still enjoys, it will be preserved for future generations.

However, our journey was only halfway completed. We still had to get back to Cape Town – adding another 1,400 km to the 1,200 km we had already completed. Yet we looked forward to the trip, as the GLS proved itself an immensely competent long-distance cruiser.

In Bloemfontein we completed the last of our tasks with the big ’Benz; driving up to the statue of Mandela on Naval Hill; at eight metres tall, the statue, erected in 2012, is the largest of all erected around the world in honour of Madiba. It was a fitting final tribute to a larger-than-life statesman on our long, cross-country excursion. Conversely, the Mercedes-Benz GLS also proved itself larger than life and a real role model in its class. We are sure Madiba would have approved …