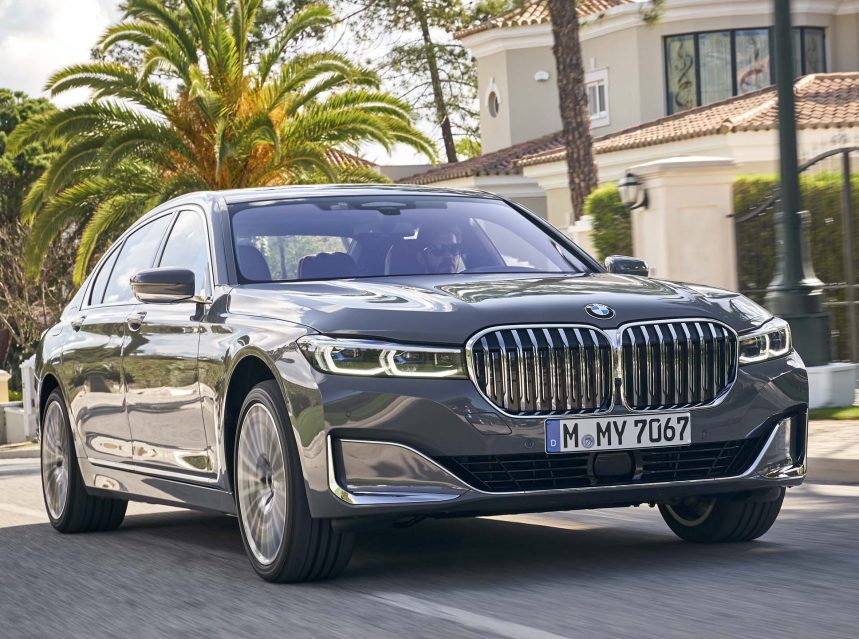 Can you put a price on luxury? With the latest iteration of BMW’s 7-Series, launched in the Algarve region of Portugal, the Bavarian carmaker apparently believes that a life of luxury motoring should begin at just over R1.6 million. Reasonable, I reckon.

Now, with that kind of money, you can buy a modestly-sized house and partially furnish it with some luxury items. Or go on holiday to some of the world’s most exclusive destinations. Why not buy a set of the world’s fastest two-wheeled machines while you’re at it then? The wish list goes on. You could, if you’re in the market for a luxury sedan, have something like the BMW 7-Series. It, too, is filled with luxury items and it’s well-dressed in a ‘you’ve arrived’ sort of way. But, in order to maintain a tasteful balance of luxury and functionality as well as be relevant as the first of the next-gen limousines, it had to be carefully crafted.

One such crafting area is the engineering that went into re-sculpting the exterior of the 7. The changes are quite dramatic on a numbers front since BMW wanted to re-establish the 7-Series as the luxury benchmark in its sedan line-up, and in order to do that, the Bavarians went to great trouble to align it, from an aesthetic point of view, with its mighty X7 sibling.

I’m betting you know where I’m going with this: that large hulking kidney grille. It’s 40% larger than that of the outgoing model, and to create an even more pronounced grille-presence, BMW slimmed down on the headlights as well.

In order to pull the larger grille off, the carmaker’s aestheticians had to raise the height of the front end by 50 mm, which meant they also had to resize the badge that is now one of the largest ever fitted to a **Beemer**.

While I’m not personally a fan of this prominent grille, one thing is obvious: With it, BMW managed to gift the 7 with so much road presence that onlookers can’t help but take notice. A job well done I’d say. At the rear the design also favours an impression of a wider stance. The tailpipe-surrounds, for instance, are wider while a light-strip connects the taillight clusters that are now also 35 mm slimmer.

The side profile of the 7-Series still roughly resembles the model’s executive shape, but now with a 23-millimetre stretch in the wheelbase, overall length is pegged at 5,260 mm for the long-wheelbase models that are also the only derivatives that will be available in SA. 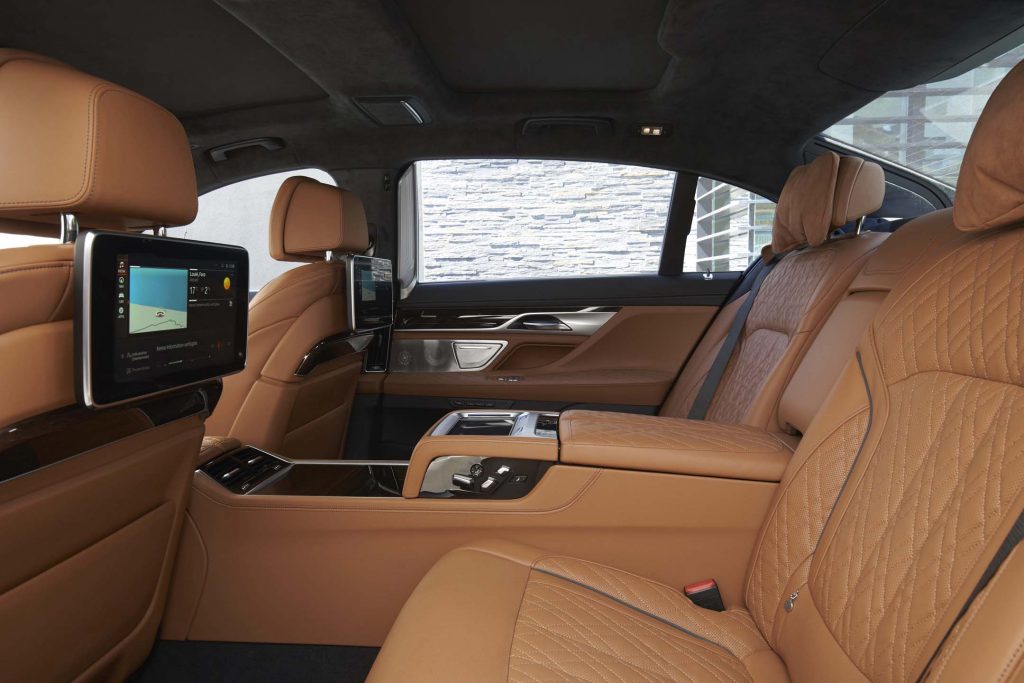 A LIFE OF LUXURY

The benefits of the stretched wheelbase trickles down into the cabin space, though, where you are treated to a unique dilemma: Sit at the helm or enjoy the first-class luxury of the rear seats that offer legroom in spades? Long wheelbase variants will also be available with the Executive Lounge package meaning that at the back, there are electronically adjustable massage seats with seat ventilation, four-zone climate control and a rear-seat entertainment system that features two 10” full-HD touchscreens and allows Blue-ray playback, interweb-connecting functionality and access to the navigation system.

The luxury doesn’t stop there, though. If, for instance, Merino leather is a bit pedestrian for your palette, you can always tick the Nappa leather option box for an even more tailored interior finish. Thicker windows on the rear and sides can also be specified for optimum noise isolation.

BMW has in recent times trimmed the fat around the model ranges available in South Africa by mostly offering models at the lower- and upper-ends of the pricing spectrum. Not with the 7-Series, though, since South Africa is getting no less than five derivatives, with forward propulsion choices provided by either petrol, hybrid or diesel powertrains.

While we didn’t slip behind the wheel of the single diesel engine headed to SA – in the form of the 730Ld – I did a fair stint of Portuguese countryside driving piloting the 750Li xDrive derivative. It didn’t take long to realise the appeal of the 7 Series. It’s the smoothness of the car, the effortlessness of its forward motion and of course the deceivingly quick and linear acceleration of the car that first impressed me.

Power is generated from a 4.4-litre V8 twin-turbo engine that produces a healthy 390 kW and a generous 750 Nm. The result is a two-tonne luxury limousine that effortlessly accelerates to 100 km/h in a mere 4.1 seconds. And the drama? Well, that’s non-existent, not with the linear power-delivery that’s about as dramatic as cruising on the highway.

It can even corner. Not that your typical 7-Series owner will likely explore what the 7-Series can do around the twisty bits, but when the mood strikes, the big 7 just shrugs it off without so much as a nervous twitch.

BMW has done a stellar job in re-establishing the 7-Series as the flagship sedan in its stable. With the combination of technology such as the BMW Live Cockpit Professional, the 7.0 operating system and one of the best semi-autonomous driving modes in the business, all ingrained into the DNA of BMW’s top-tier offering, it is the new leader in a segment that constantly pushes the luxury envelope. Sure, its styling is a bit polarising, but in a day and age where everyone is going the SUV route, it makes that much more of a statement. And isn’t that the point?