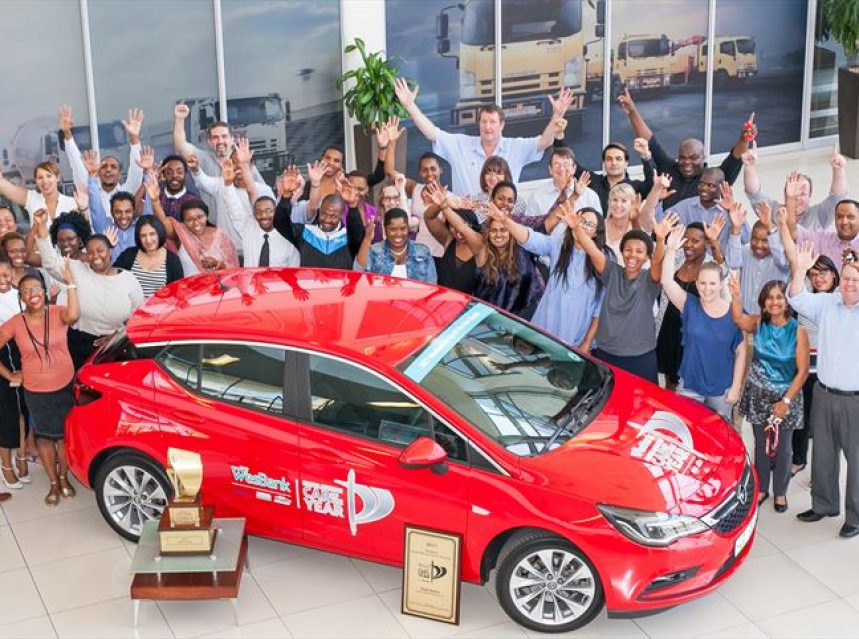 The latest accolade, which was announced at an industry banquet at Kyalami on March 15, comes on the back of a multitude of awards both here and abroad for the 11th-generation Astra. The most significant of these is the European Car of the Year for 2016, widely considered the most prestigious and important prize in the world of motoring.

It also picked up the 2015 SAFETYBEST Award and the 2015 Golden Steering Wheel Award.

The Astra’s all-round excellence has not gone unnoticed on the local front either and since its April 2016 launch Opel’s C-segment hatchback has received accolades including being voted Independent Newspapers’ Best of the Best for 2016. Two of its key strengths are exceptional efficiency in terms of packaging, aerodynamics, weight-reduction and drivetrains, but also the way it has democratised technology. It is packed with segment leading safety, infotainment and driver aids usually reserved for luxury vehicles.

The COTY judges, all members of the SAGMJ, recognised the Astra’s overall excellence but specifically praised its build quality and dynamic ability – its safety-boosting road-holding and handling characteristics were singled out.  Other categories which the judges applied their minds to before allocating points to the Astra and other finalists included Exterior Design and & Styling; Interior Use of Materials; Interior Layout; Technology; Engine Performance; Gearbox & Transmission; Engineering Integrity & Build Quality; Ride Quality & Refinement; Steering & Handling; Affordability; Value for Money; and Overall Excellence.

Click here for Driven’s take on the Opel Astra.