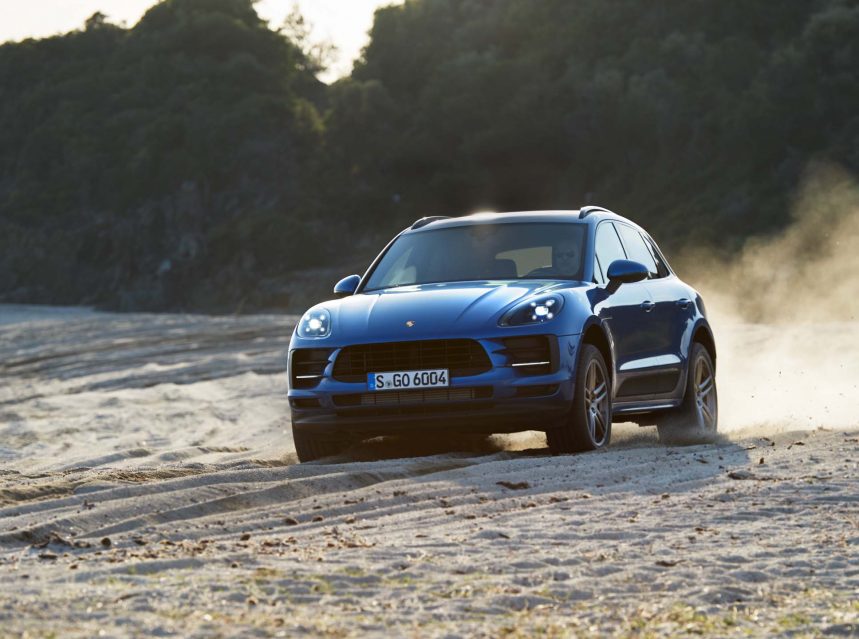 Porsche’s smallest SUV offering, the Macan, received a new lease on life for 2019 and also spawned a new entry-level model to make the model that much more accessible to an even wider audience. We recently attended the launch of the model in the fairest Cape and came away suitably impressed by its easy-going nature. But it begs the question, is it better than many of its rivals?

The medium-sized premium SUV segment remains awash with several competent and desirable advocates, ranging from the Audi Q5, the BMW X3, Mercedes-Benz GLC, Jaguar F-Pace and the Volvo XC60 – all excellent propositions. Now Porsche wants a sizeable piece of that lucrative pie by introducing the updated Macan that comes with not only a raft of new updates, but also a four-pot turbocharged petrol engine. A little more about the details of the new powerplant later, but for now, let us look at the fundamental cosmetic changes.

The most notable update can be found at the rear where new LED taillights with an inter-connecting light strip echoes that of the Cayenne architecture, while all Macan models now come as standard with LED headlights replete with signature LED daytime running lights. On the shoe side, the Macan can be had with wheels ranging from 18” to 21” to give it a more assertive look. Aesthetically, the Macan takes the familiar disposition of its forbear, but has moved the goalposts of refinement and technology a few notches in the upward direction. 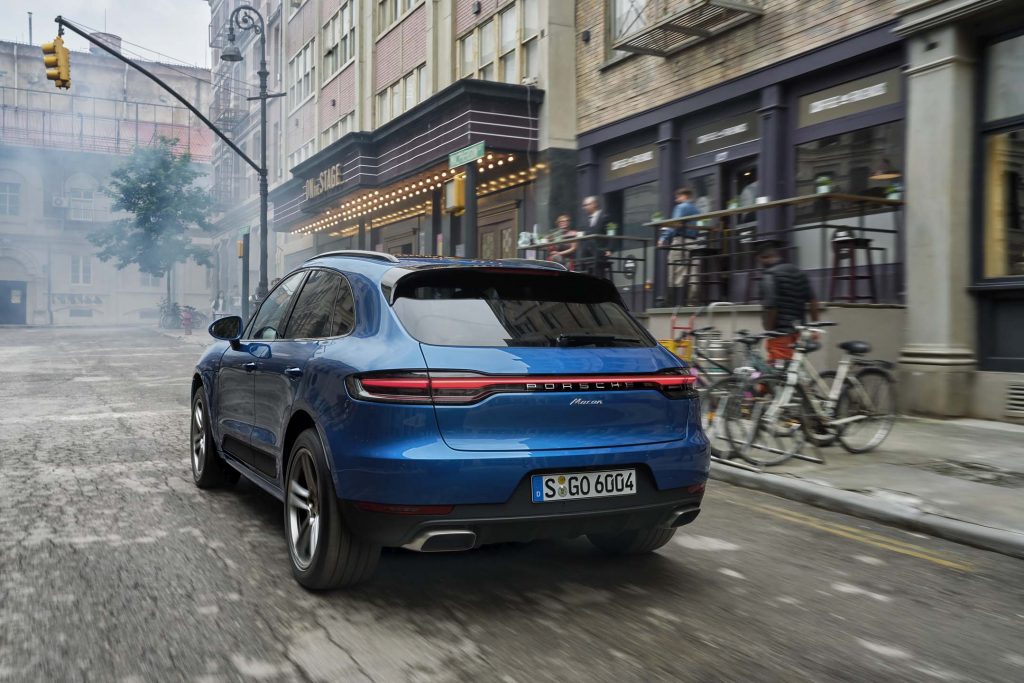 The latter, for instance, includes a 10.9” touchscreen infotainment screen boasting the familiar architecture of the Cayenne, Panamera and the imminent 911. It is a relatively intuitive system with an incisive and quick responding interface that has also managed to simplify the cabin layout, thanks to the dispensing with of some buttons to give the cabin an uncluttered, yet classy look and feel. 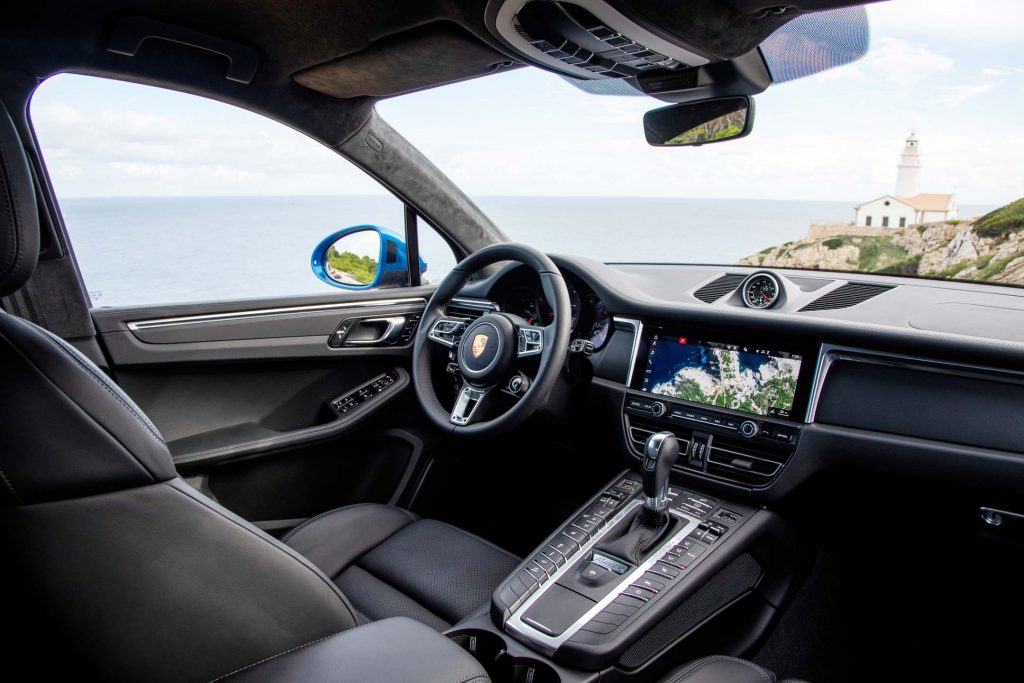 As alluded to earlier, the latest Macan can now be had with a 2.0-litre, four-cylinder turbocharged petrol engine that is already doing duty in other Volkswagen Group products. In this instance, it delivers 180 kW and 370 Nm through a seven-speed PDK (dual-clutch) transmission, which, as I discovered on the launch, is enough for daily commutes with just the right amount of get-up and go to dispense with any slower moving traffic with great aplomb. Porsche claims a zero to 100 km/h sprint time of 6.7 seconds and top-end of 225 km/h.

For those with a penchant for even more fire-power, the Macan S packing a 3.0-litre V6 turbo engine is good for 260 kW and 480 Nm, enough to hurl it from rest to 100 km/h in just 5.1 seconds on its way to a terminal speed of 254 km/h. Of course, an even sportier GTS variant will follow in due course, while a Turbo version will headline the range at a later stage. 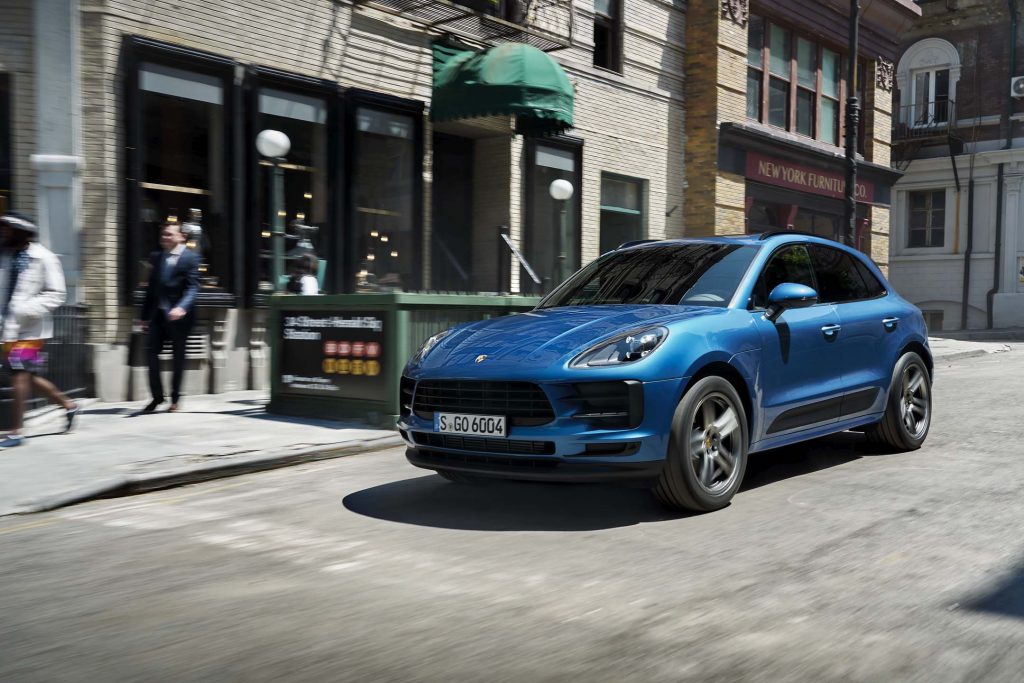 The ongoing debate as to whether a 2.0-litre engine has any place in a modern Porsche has been written and spoken about at length, particularly its duty in a sportscar such as the Boxster and Cayman. And yet, while I remain a cynic with that specific application, it is an entirely different prospect in an SUV.

Many of its rivals have entry-level petrol-powered versions and, as such, it was a no-brainer for Porsche to follow suit with the latest Macan. While from a performance envelope perspective it remains decent, it is in the handling department that the Macan simply carves its own niche. It tucks into corners with such verve, you’re constantly reminded of its sportscar maker roots. On that merit alone, the model is worth its salt as the sportiest advocate in its segment but is now priced more palatably to appeal to an even wider audience.

With such a variety of competent models to choose from, the Porsche crest donning Macan offers a unique selling position – clout and street cred that seem to be in-built in the company’s product DNA. While the initial model’s price may have seemed, well, a tad inflated when compared to the previous Cayenne, this anomaly seems to have been duly addressed with this latest Macan. As far as the segment is concerned, this remains the one to beat as an overall package and even in this new entry-level trim, its cache remains as lofty as ever.