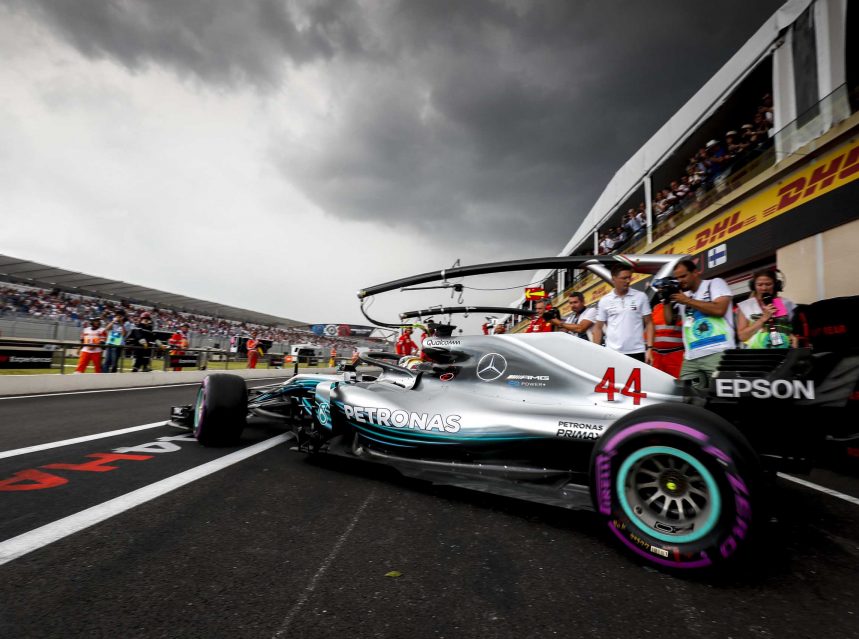 At the time of writing, directly after the French GP at Paul Ricard, a third of 2018’s F1 season had been done, with no sign yet of outright dominance from either title protagonist, Hamilton or Vettel, as EGMONT SIPPEL reports.

It really runs the gamut, F1. It can be sublime and oh so cruel. Exciting and oh so dull. Rewarding and oh so fickle and frustrating.

Take the French GP, just the other day. Not much was expected of the first race in a decade hosted on soil which birthed Brigitte Bardot, Charles de Gaulle and motor racing itself. On the face of it, Paul Ricard is an utterly boring track, flat as a pancake, with most of the circuit complex having been covered by a massive expanse of tarmac on which a variety of permutations yields 180 different track configurations, all very technical.

Essentially, the layout consists of two massively long straights – one of them named after the prevailing Mistral wind – joined together at their extremities by a couple of loopy curves. Having been built on a plateau in the Le Castellet region on the southern coast of France, it is featureless enough to goad even top jockeys into overdriving.

The best bit about Ricard, in fact, resides a couple of kilometres further up the coast, in the form of St Tropez’s 83-year-old Brigitte Bardot.

Which goes to show what little enthusiasm a return to Ricard managed to whip up, given that BB is emphatically not the gal she used to be. 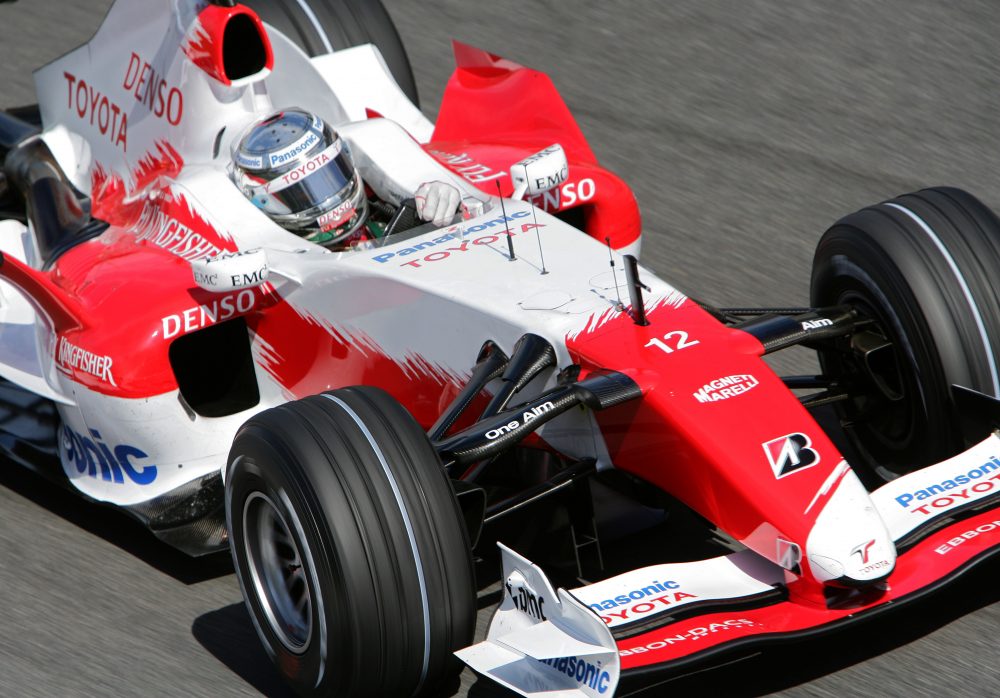 The track does have some history, though.

Mauricio Gugelmin locked-up there in 1989, into Turn One, triggering a massive pile-up, with Gugelmin’s Leyton House March launched into a terrifying barrel-roll before landing upside-down.

A year later, March was in the news again when Ivan Capelli came within three laps of a stunning upset. The team’s aerodynamicist? One Adrian Newey, the aero and chassis genius behind today’s Red Bull.

In 2001, Toyota also chose Ricard to show off their first ever F1 car.

And it was on the narrow public road winding down from the track to the Mediterranean that head honcho of the Williams F1 team, Sir Frank, crashed a Ford Sierra in 1986, an accident from which he emerged as a tetraplegic, which resigned him to a future in a wheelchair.

So, yes, Circuit Paul Ricard has some history.

But nobody expected what we got in Le Castellet in June, which was an utterly enthralling Grand Prix. 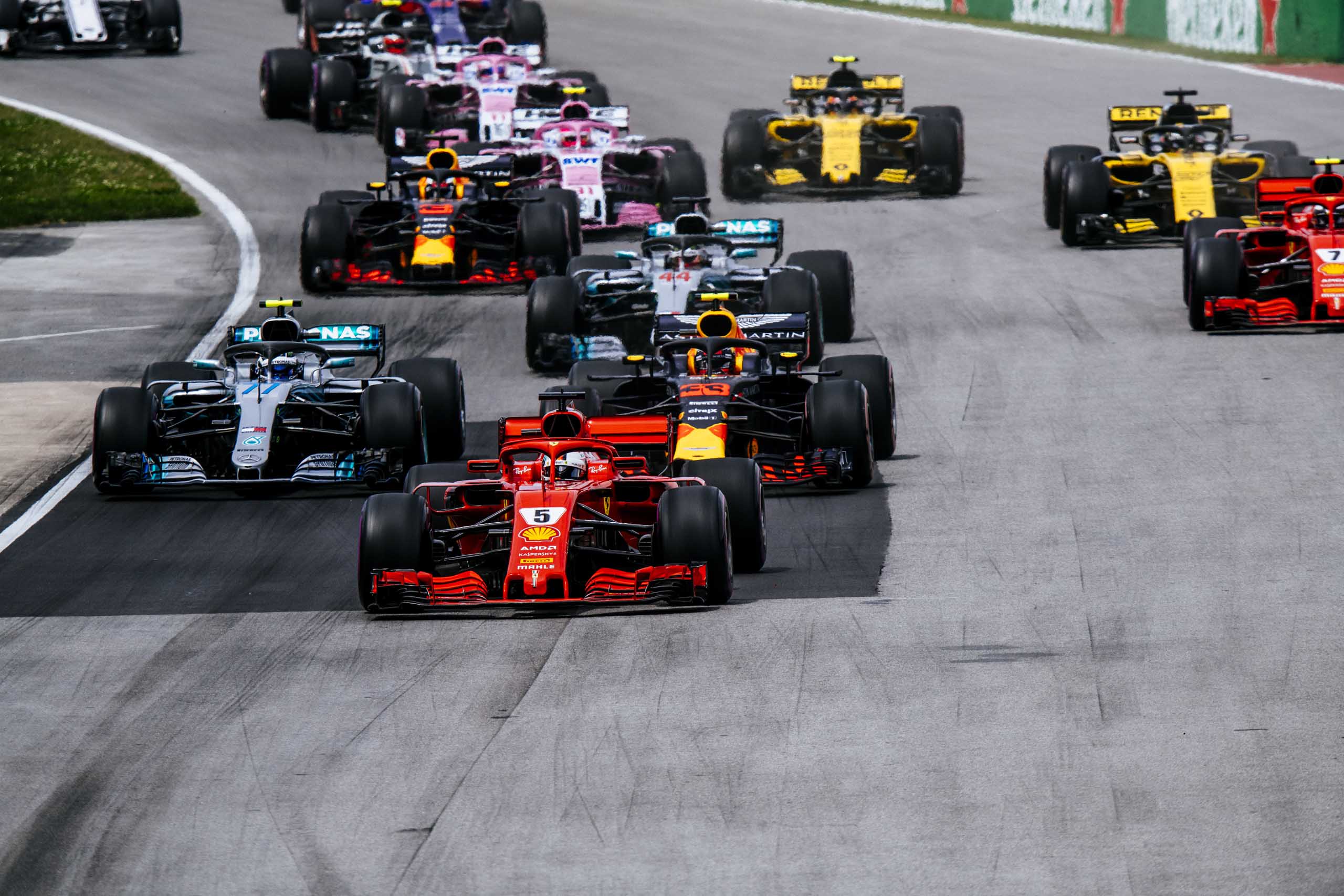 The French race was helped along, of course, by the deployment of a safety car, which seems to be the common denominator in all the exciting 2018 events that we’ve had up to this point, bar the Canadian GP (which preceded Ricard).

In Montreal, Sebastian Vettel simply stroked his Ferrari to an imperious win on the Ile Notre-Dame island, the 50th victory of his illustrious F1 career, making the German only the fourth driver to have reached the half-century mark, the others being Prost (51 wins), Hamilton (65) and Schumacher (91).

Vettel’s onslaught on a track where Hamilton has dominated over the last decade started with a riveting pole-grabbing scorcher in Q3. With six victories already to Hamilton’s name (including his maiden F1 win in 2007), Lewis owns the Circuit Gilles Villeneuve.

Yet, without the anticipated fresh new engine, the Mercedes-AMG W09 was no match for the Ferrari SF71H equipped with just that: an updated power plant – although The Hammer’s teammate, Valtteri Bottas, gave Vettel a proper run for his money on Saturday.

With Red Bull’s Max Verstappen also on song, Hamilton was relegated to fourth on the grid and then struggled on Sunday with a cooling issue which prevented maximum attack.

Adjusting some inlet louvres during his pit stop cost the Englishman a further place, to Daniel Ricciardo, leaving Vettel unchallenged at the front to retake the lead in the driver’s championship, albeit only by a single point.

There was some confusion when Canadian fashion model and friend of Hamilton, Winnie Harlow, waved the chequered flag (under instruction, it must be said) at the end of the penultimate lap. Winnie didn’t wave the flag early enough to prevent a calamitous get-together between Stroll and Hartley, but none of the results were affected in the end, except that Verstappen – instead of Ricciardo – bagged fastest lap on the countback. 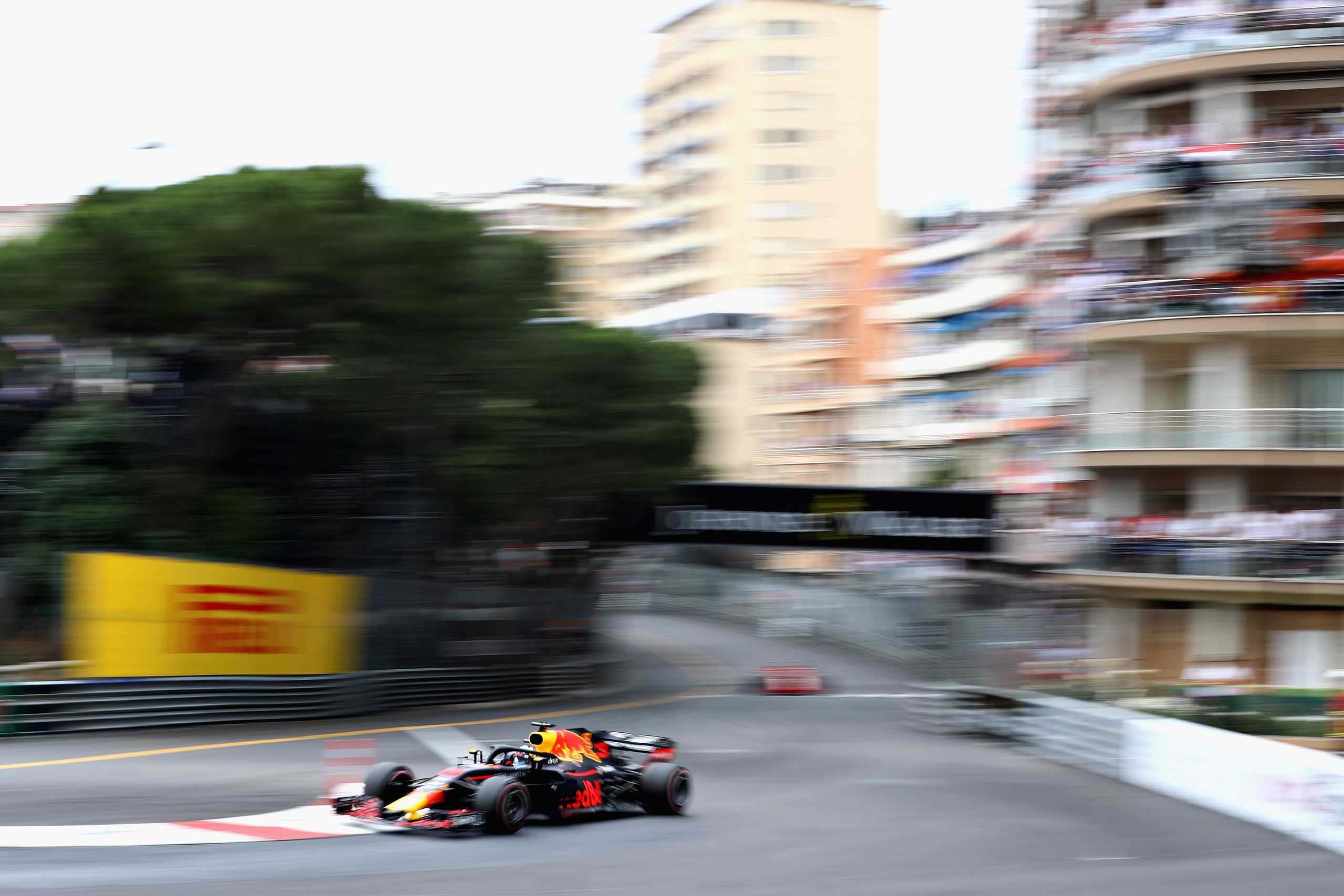 Speaking of which: Danni Ricc was pure gold in Monaco, the race which preceded Canada.

The Red Bull chassis worked a dream in the confines of the Principality and Ricciardo’s pole lap was breathtaking, while teammate Max suffered the indignity of having clobbered the Armco at the exit of the swimming pool complex, exactly as he did two years ago.

On Sunday, though, the ebullient Aussie had to nurse his car home, having lost two of eight gears on top of a misfiring engine which cost him 120 kW, resulting in a V-max disadvantage of 30 km/h, compared to Vettel’s Ferrari.

Boring the race might have been to the casual observer, but this was a masterclass in defensive driving, delivering redemption after the team’s terrible tyre faux pas in the pits two years ago, which robbed Danni Ricc of a well-deserved victory.

Just like twelve months ago, Mercedes again had a lacklustre outing in the Principality this year, with the car failing to heat up its tyres. Tight twisty tracks just ain’t the three-pointed star’s thing; watch out for Red Bull and Ferrari dominance in Budapest on 29 July. 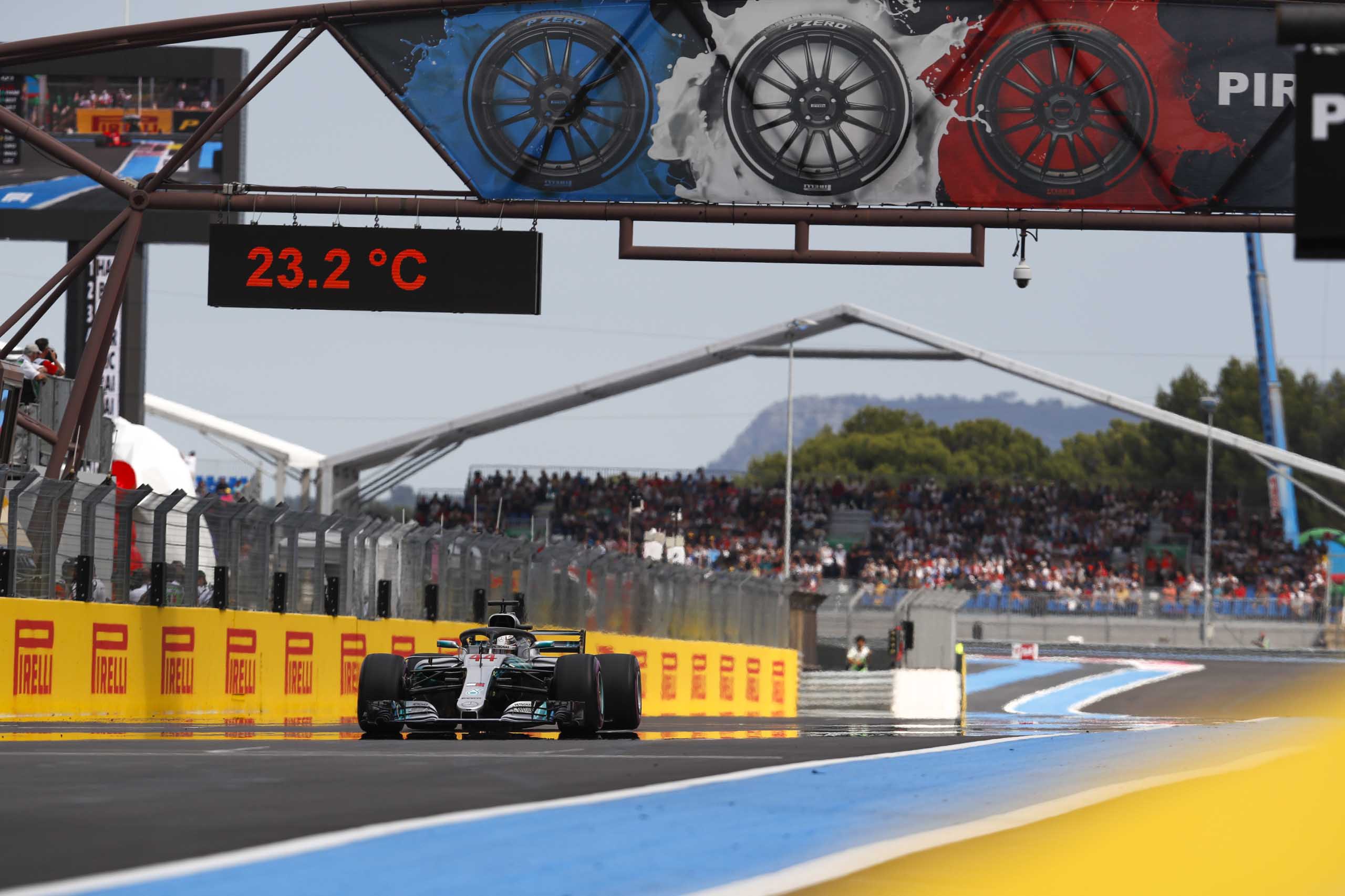 No such problem for the Benz boys in France, though. With a fresh new engine strapped into the back of his W09, and with Pirelli’s thinner gauge tyre, on which Mercedes performed so outstandingly well in Spain, Hamilton clinched pole with Bottas securing an all-Merc front row, ahead of Vettel in third and Verstappen in fourth.

On the softer tyre, Seb had a super start off the line, but he got boxed in between Hamilton and Bottas and lost it under braking for Turn One, skidding straight on to punt Valtteri’s car into a spin and puncture its left rear with the Ferrari’s right front end-plate.

Seb regained the track, only to be involved in another skirmish (this time with Grosjean) in which the German lost the left side of his front wing, while Gasly and Ocon also managed to tangle, turning their home Grand Prix into a poisoned affair for Les Trois Mousquetaires.

In the ensuing blitz after having pitted for a new nose and tyres, Vettel destroyed his rubber, giving Räikkönen a chance, for once, to pass his teammate. Dispensing of Ricciardo as well, placed the Finn on the podium, next to Verstappen and the victorious Hamilton, who – in a season of swings and roundabouts – leads Vettel by 14 points going into Austria (1 July 2018).

Vettel got a five-second penalty for his first corner blunder, which left most onlookers perplexed, as Verstappen got a 10-second penalty earlier in the year in China for a similar misdemeanour, albeit that the Dutchman tried to execute a pass.

Seb, by contrast, simply lost control, which ruined Bottas’s race to such an extent that the perpetrator – Vettel – still managed to finish ahead of his innocent victim.

Further back, Kevin Magnussen put in a stonking drive to bring his Haas home in sixth place.

The French GP was the opening act of F1’s first ever tripleheader. By the time you read this, the Austrian GP (1 July) and perhaps even Silverstone (8 July) might have returned some further swings and roundabouts in a season that will, in all likelihood, not be over until the fat lady sings in Abu Dhabi on 25 November 2018.
So, strap yourselves in, it’s going to be a thrilling ride.