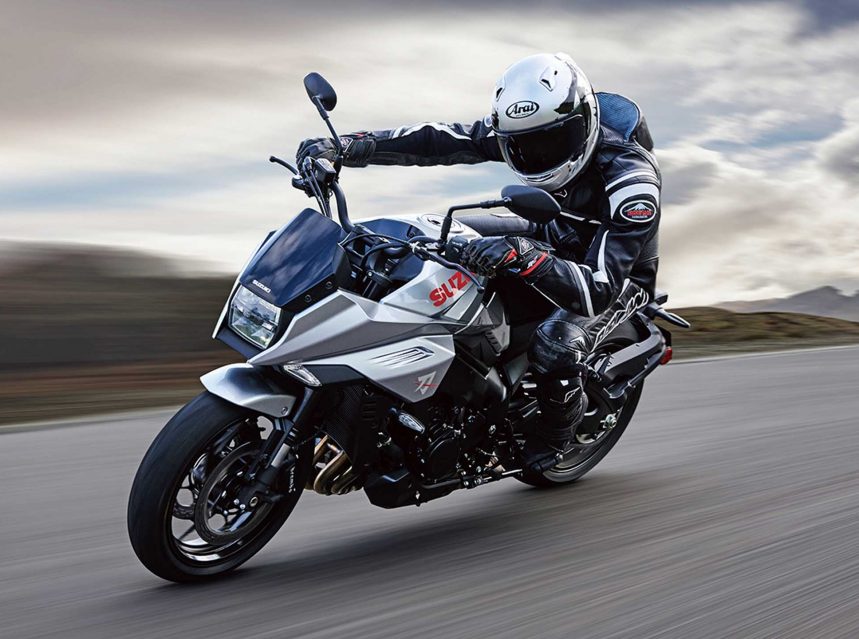 Suzuki changed the face of motorcycling when they introduced their avant-garde Katana 1100 back in 1981. And, as a result of motorcycling’s most popular decade ever, Japanese manufacturers were riding the wave of sales dominance in Britain, Europe, and the USA, reports GAVIN FOSTER.

Quarter-mile times and top speed were everything. Few Japanese machines were any good at leaning into a corner. Think Honda CBX, Yamaha XS1100 and Kawasaki Z1300. Suzuki’s GS750 and 1,000 cc four-stroke fours were more refined with tauter handling than the rest, but they were still pretty much unruly on the road.

The 1100 Suzuki Katana was different. Suzuki hired BMW’s ex-chief of designing, Hans Muth and two of his colleagues from Target Design to come up with something fresh and exciting. After working on various models using smaller engines that eventually evolved into the GS650G and GS550 Katana duo, they came out with the Big Mama, the 16 valve Katana 1100 in the late 1980s.

The designers made extensive use of wind tunnels to make the big bike stable at speed, and what emerged was a little strange looking in an era until then ruled by slab-sided tourers. It had a small top fairing with a fly screen that worked as one with the low-slung clip-on handlebars, the carefully sculpted fuel tank, the two-level seat and the close-fitting side-covers to make the Suzuki the slickest thing since, well, forever in terms of production bikes.

It wasn’t particularly light and nimble though. The twin-shock suspension, frame and brakes were cut from the same sheet metal as those found in the existing GSX 1100, and the bike weighed in at a still porky 232 kg wet, but the Katana looked and felt like a race bike on the road.

Its 111 hp engine made it the fastest production motorcycle on the planet, with a genuine top speed of around 230 km/h. The Suzuki may not have been as wieldy as a Ducati, a Moto Guzzi or a BMW boxer twin, but on a straight road, it would crucify anything else on two wheels.

The styling of the big Suzuki wasn’t a hit with everybody though – road testers and everyday bikers either developed a strong affinity for it or loathed it. Sales were nevertheless good, and the Katana paved the way for the race-replica superbikes that were soon to follow.

Looking at the new Suzuki Katana launched at Intermot in October last year, there’s no doubt where the designers got their inspiration. The long silver fuel tank with the Suzuki name writ large in red, the rectangular headlight, the hollowed-out seat flowing around the tank and side covers all scream Katana.

The design is extremely tidy, with everything tucked neatly away, and the exhaust silencer bucks tradition in the age of emissions control by looking compact and tidy. With the nostalgia comes a solid dose of 21st Century functionality though, with a lightweight twin-spar aluminium frame as used in the GSX-S1000 series, mated to fully-adjustable 43 mm upside-down fork and a KYB rear shock adjustable for spring pre-load and damping.

MODERN IN EVERY WAY 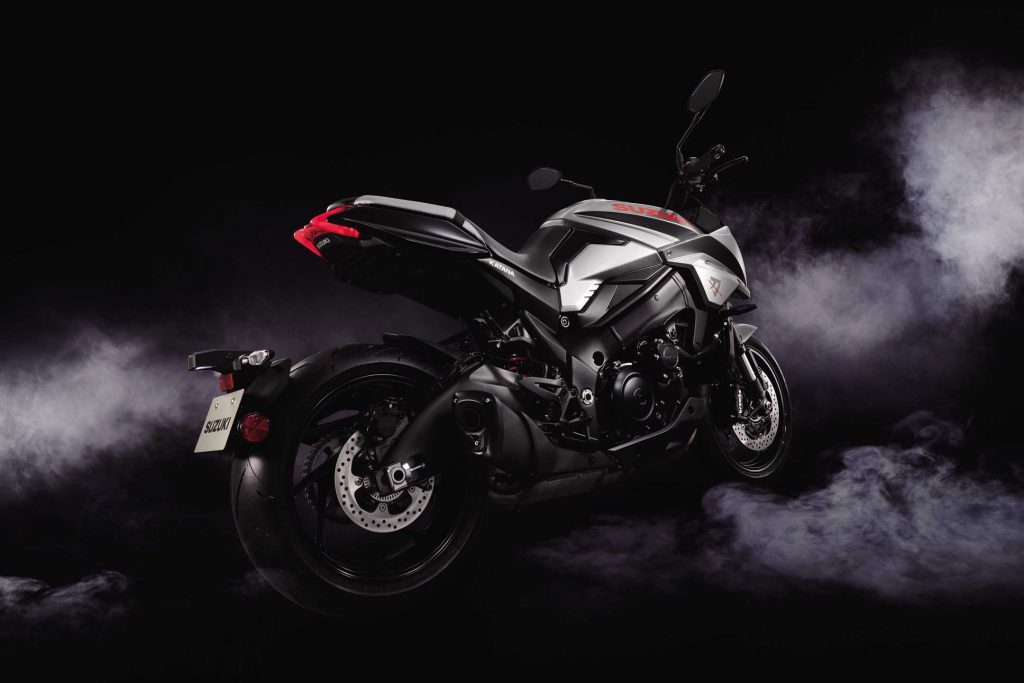 When you can go that fast you need to know the bike will stop quickly when you hit the clamps, so Suzuki has bolted on Brembo Monobloc front callipers as used on the current GSX-R1000 with ABS and 310 mm discs. About the only thing that clashes with the old Katana 1100 philosophy is the set of semi-raised handlebars – the original Katana was one of the very first production motorcycles to come with racing-style clip-on handlebars.

The new bike’s designers probably discussed this at length and sensibly decided that potential buyers would mostly prefer a more comfortable riding position.

Suzuki has given the Katana a pretty comprehensive range of electronic rider aids, including a three-mode traction control system that can be deactivated for track use. There’s also a decidedly 21st Century LCD dash that displays traction-control settings, gear position, water temperature, remaining fuel range, average and instant fuel consumption, a clock, a fuel gauge, lap times and battery voltage.

The 2020 Suzuki Katana 1000 is probably going to sell very, very well. It offers a dash of nostalgia in a thoroughly modern package, and for many riders, it will provide a very pleasant alternative to a pure and uncompromising sports machine. Although Suzuki will market it as a 2020 model, the bike will arrive in SA sometime next year. Pricing has not yet been determined.