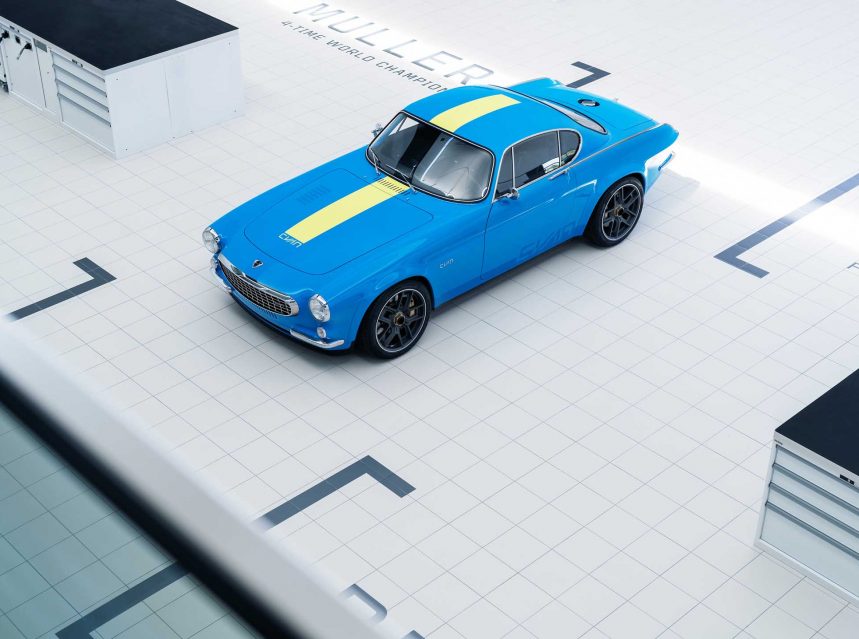 One of my personal favourite classic car icons of all time, is the perpetually underrated Volvo P1800 sports coupé. Launched to critical acclaim in the 1960s, the P1800 was as much a style and design icon, as it was an automotive one, and has, since its debut, inspired several Volvo cars, including the Polestar 1, from the company’s newly-formed electric car arm.

Now reborn (again) as a road-legal version of a fictional Cyan Racing track car from the original period, the Volvo P1800 Cyan reimagines the icon for a new era, albeit, without modern driving aids such as stability control, anti-lock brakes or brake boosting. The P1800 Cyan has, however, been comprehensively re-engineered for enhanced performance, dynamics and drivability. 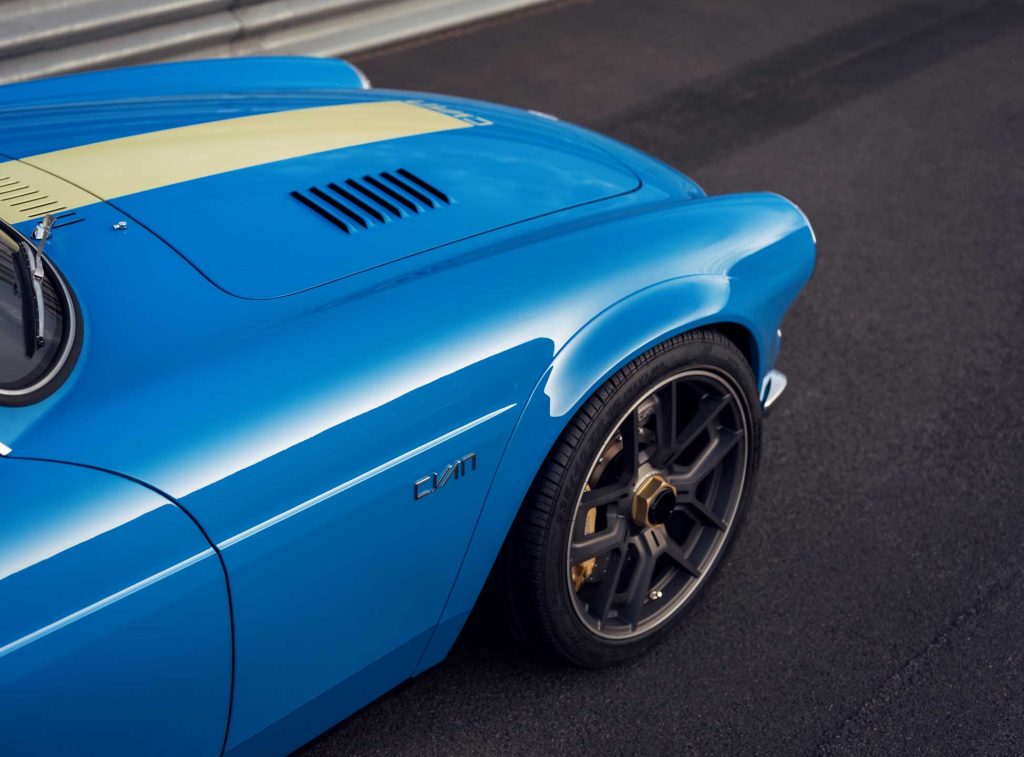 First to go was the original car’s naturally aspirated four-cylinder engine, which has been swapped out for the same turbocharged 2.0-litre unit that was used in Cyan Racing’s 2017 Volvo S60 TC1 racer. The engine, itself quite the engineering feat, bestows upon the P1800 308 kW of power, that is augmented by a 455 Nm torque figure.

In an effort to maintain the car’s authentic natural aspirated feel, Cyan Racing tuned the engine to offer linear power and torque delivery, which the company claims are “the characteristics of a normally aspirated engine”, while retaining the increased performance and precision required from a modern racing car.

A range of engines was considered for use in the P1800 Cyan, including Volvo’s Red Block and five-cylinder turbo motors. Still, Cyan chose the newer motor simply because the team is familiar with its workings and characteristics.

Besides tuning this modern powerplant to deliver a more realistic era-specific feel, race engineering firm, Holinger, was commissioned to provide a five-speed gearbox for the P1800 Cyan, which is said to deliver the same “mechanical feeling” as the original unit while offering more precise changes and durability. Power is sent to the rear wheels, but not through a live axle set-up as in the original car, but rather through a bespoke independent rear suspension set-up, which is fully adjustable as per the front suspension set-up.

For better traction, a limited-slip differential with torque-biasing functionality is fitted to the car, with a gearing set-up that intends to optimise circuit performance with the type of on-road behaviour that is expected from a modern road car. 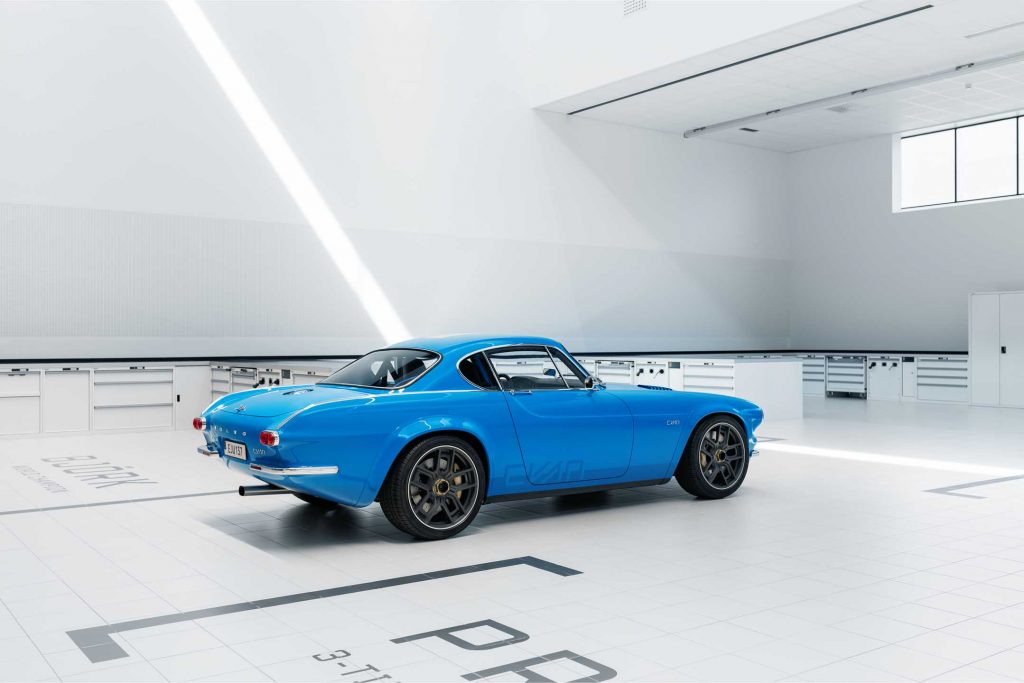 In order to accommodate the significant changes made to the original car, the P1800 Cyan’s greenhouse has been repositioned slightly, and its body reinforced with high-tensile steel. The car’s track has also been widened significantly.

Naturally, the key to the success of any modern sports car is in its power-to-weight ratio. To enhance this, the P1800’s underpinnings were overhauled with a focus on engagement and lightness. The hydraulic suspension now features aluminium uprights, double wishbones and two-way adjustable dampers, while carbon fibre chassis reinforcements add stiffness with minimal weight. 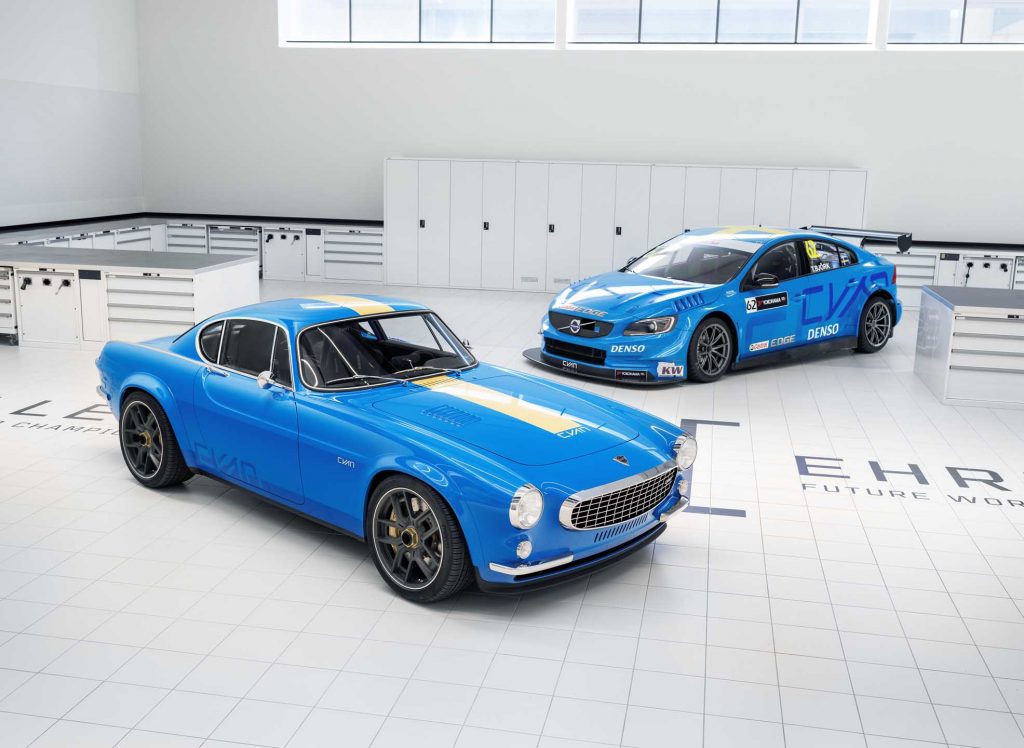 Cyan Racing used its first road-going car, the 2010 Volvo C30 Polestar Performance Prototype, as a benchmark for its retro-racer. According to the company’s head of engineering, Mattias Evensson, Cyan Racing wanted to “reconnect” with its first road car, as well as “carry over some of the driving feeling and performance availability” from this model.

“Our company was founded in 1996 to race Volvo cars in Sweden, and the Volvo P1800 Cyan is closing the circle for us. We claimed our first world title with Volvo in 2017 and have since then won two further world titles with two other manufacturers. The first world title was a milestone for us, and we felt it was a good time to reconnect with the past and to those before us racing Volvos. The first Volvo P1800 Cyan carries our blue and yellow racing colours to mark our heritage,” adds Cyan CEO, Christian Dahl. 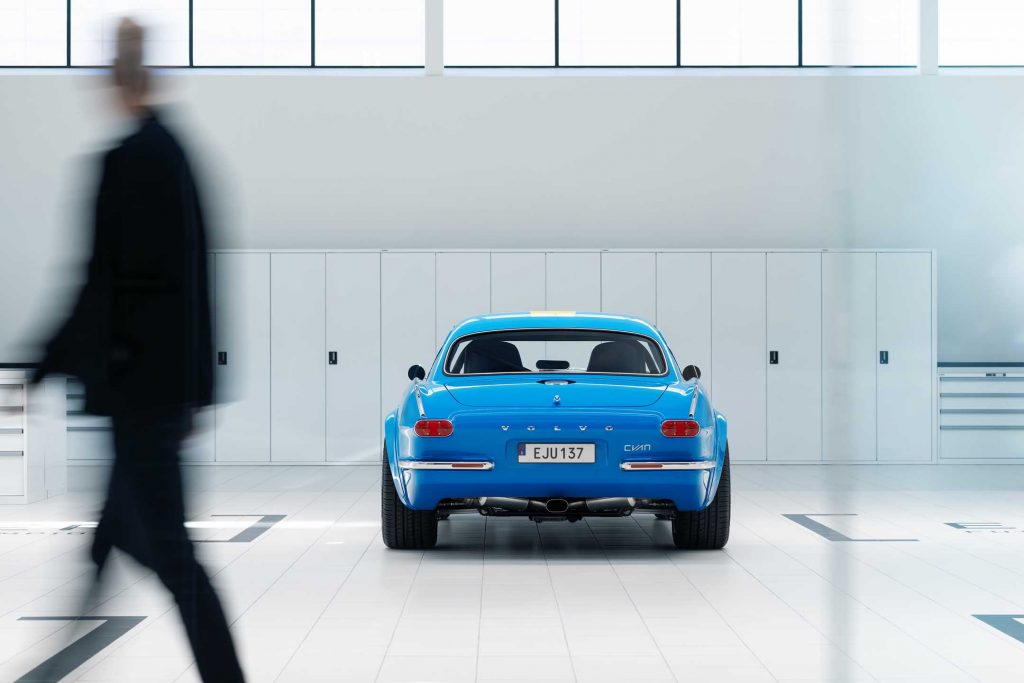